We Are in the Cellar 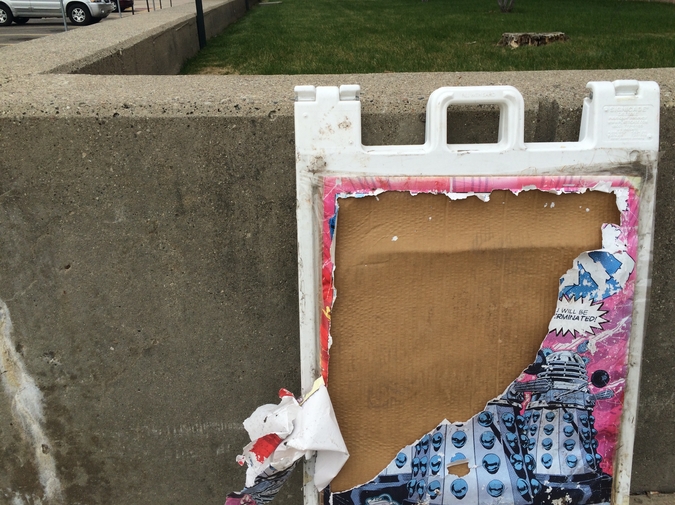 We miss the home opener because the laundromat washing machine
had bonus time loaded and ready for us. I manage John’s mayo stains and double
bleach our rally towels while he finishes smoking outside. After I pick
the rinse pattern, we eat chicken nuggets while the cycle runs.
There’s no TV or radio here, so it’s only later we hear that our guys lost big
at home on Blake Street. The worst part is today’s earned run average.

Still, as we sit on the curb and ash our Luckies, I remind him that their ERA
“is better than yours ever was.” I get up to rock the vending machine,
hoping for a Coke, and his eyes fold up like broken lawn chairs. The big
leagues didn’t like the cut of his jib, and they sure didn’t wanna double
down on a bruised peach. Plus his walk-up song (“Rockford, I-L”) always ran
a little slow—though he never did step up to the dish much, never was the pick

of the litter. By June our clothes are dirty again, but we buy tickets instead, pick
them up at the Loaf ‘N Jug on our way downtown. We wolf down below-average
bean burritos before the first pitch. In the third deck, peanut vendors run
their mouths at us, but we will not stand for it because we are machines—
not counting the rosary beads in my hand, which I’ve painted with a double
coat of purple. Helton takes chin music, ‘Baldo takes the L, and it’s a big

yellow sky on the drive home. (John’s still mad, but I’m not sorry.) Our first big
streak comes in August, when we lose our seventeenth Sunday in a row. The GM picks
our ace to go behind the woodshed, so I paint the beads again and order double
the batting cage tokens. The wind, hot as pasta water, blows quicker than John’s average
fastball. His eyes lock onto my inner knee as I take cuts off the pitching machine—
he palms the rosary, and I see him praying for my ligament-stuffed body to run

off the tracks, like his did. On Santa Fe, the railyard ripples, and the coal cars run
past us. “Tulo struck out,” he yells from his radio. “Ballgame.” I swing big, bigger,
until a foul tip busts my nose. I bleed on as much of home plate as I can, slot machine
fruits rolling in my eyes. We never get what we pray for. He bends down to pick
me up, presses a Little Debbie oatmeal pie to my face. My .200 average
hammers on my skull’s door, and I say to him, “One time I used to knock doubles

like you, you know,” because I think sometimes he forgets that a double-
wide was not my only place. I was born and I’ve died many times, and I’ve also run
aground. I’ve swung the lumber and built nothing, same as your average
mullet-topped Bomber! Everybody is looking at us now—I’ve made a big
scene. But these folks don’t even know the score, or that we’ve just picked
up where the Cubbies left off. They don’t know what we’re made of: machined

on a lathe from so much good wood, bigoted against the law of averages,
slicked down with Yard Machine grease in the backyard pine thicket, running
on all cylinders, speaking to each other in double Dutch, swinging pickaroons.

Katie Armstrong is an engineering student at the University of Colorado Boulder and tweets gently at @ArmstrongKatie. As a little kid, she asked for and received a bright orange San Francisco Giants t-shirt. She has never forgiven herself.