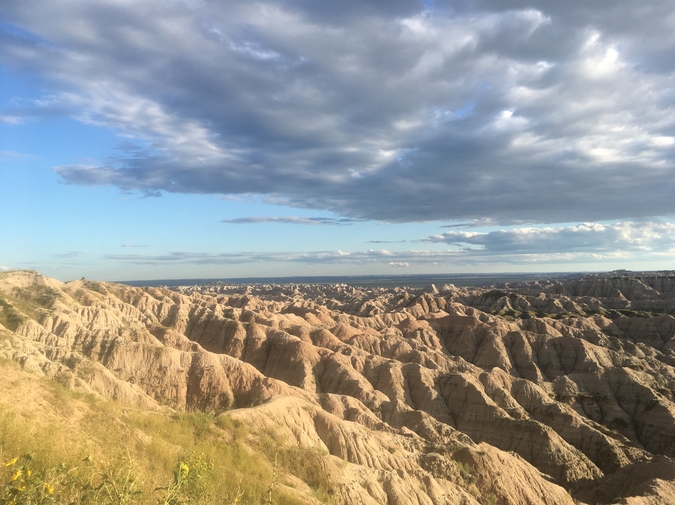 I’m assured the last renters buried nothing but their dog back here.

I’ve begun to accrue CVS points to diversify my portfolio.

I can promise the doctor there’s literally no chance I’m pregnant,
and yes I am bragging.

The psychic’s big breakthrough was that I have masculine energy
and I think she based that on my pants. She was trying so hard
I stretched the rest of her guesses into truth.

I don’t think my Myers-Briggs type is supposed to allow for that kind of pliability.

This quiz promises the age I’ll meet my husband
for the name of my favorite Britney hit,
but my horoscope plainly states that
loneliness runs in trenches dug young.

When my mom calls to tell me she’s getting a hysterectomy,
her exact words are, We’re taking the old girl out back.

I’ve made a habit of visiting my neighbor’s
telescope.

My neighbor yells at the sky.

I ask my Uber driver if he’s tried fennel for his indigestion,
and then actually use the phrase big pharma in earnest.

He tells me he met his wife in an improv class,
and that if you just get out of your comfort zone
and try something new, you might be surprised
at what wonderful things you find.

How many fingers have I nicked pressuring a dull knife.
They say it takes the sun to make light of the moon. On the eve
of my birth I had a revelation. I’ve told you this story before.
The story I tell other people is, tired of being so impressive we left.
In Moscow we stepped over a dead man, his expensive-looking arm
extended too far in the cold, reaching as casually as Adam. The boy said
You must be fearless to bear it at all, and led us across the street
without looking either way. It’s true our families fled here, blamed
for something tragic. What I liked best about you was your commitment
to running jokes. Carrie Nation’s: greeting every bartender Good morning,
destroyer of men’s souls. Good morning, destroyer. It’s been a year
since you disappeared without me. Without you I feel myself disappearing.
Before you there was only childhood, squashing fireflies up my arms
so I could glow in the dark. This fall I’ll embark on my long-awaited
apology tour. Stop in every city we never saw. In Salzburg, that deacon told us,
It is a right to beg.I said, Can laymen get layd. Are laymen layzy.
But only after he’d gone. Yes, deacons can have sex. You had to move
to the Atlantic to grow alone. Sunflowers, of course, are so called
for the habit of their young to rotate towards the sun. Mature sunflowers gaze east.
Carrie Nation’s was a more violent sobriety than mine but our home state
praises the sunflower for being hardy and conspicuous.
I remember the summer before we disappeared, Kansas mornings
of record-breaking heat, picking nickels up in parking lots,
and one soft earthquake rippled north from Oklahoma fracking.
Apologizing for things we did in each other’s dreams, for leaving
the windows cracked through the storm. We nearly died laughing.