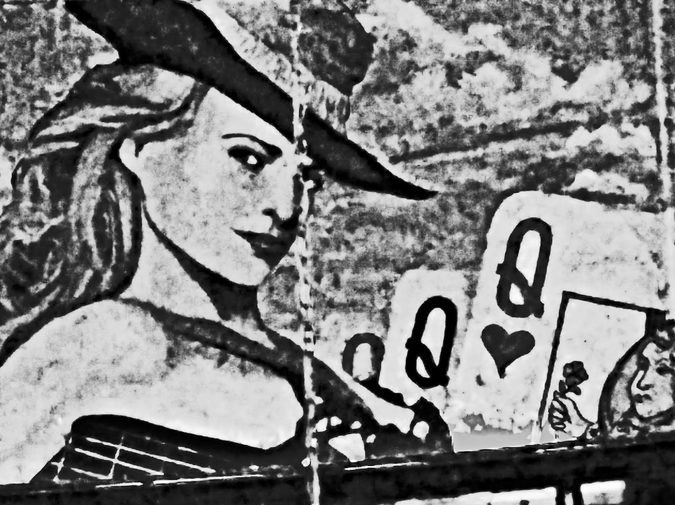 Levels of the Game

Cards out. Like knives to cut
what we cultivated in winter
exchanges of oranges and stories
the others, in and out of the frame.

I never really know a man
until I’ve seen his bare back.
I pretend I've never noticed yours,

The fear of what’s at stake
in an honest loss. The pull.
The leaning forward, and

In the distance, the cranes stand at attention.
Iron and flint in the sunset, watching the port
in stillness. The train chews a whining line
through the thick fog, and we chase the sunset home.

Emily Pinkerton lives and writes in the San Francisco Bay Area. She is an MFA candidate at San Francisco State University, and her writing has previously appeared in Juked, Anthropoid, BlazeVOX, Pith, and LEVELER, among others. Her first chapbook, Natural Disasters, was recently published by Hermeneutic Chaos Press.

More of Emily's publications can be found at thisisemilypinkerton.tumblr.com, and she tweets as @neongolden. Her favorite color is fog.