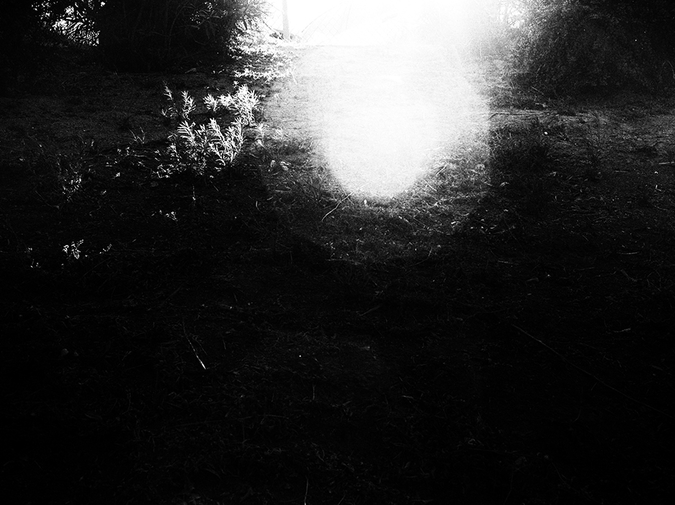 of Reunion (to the Tune of Thinkin Bout You)

It’s been five years, but this boy still
shines when he smiles. I stare at his jaw
as we shiver on the rooftop of this rundown
hotel, waiting for the waiter to get his beer.

He says: a lot of kids used to hook up here,
get rooms downstairs and just go for it. But the
police have been rolling through lately, so it’s
getting tougher, as is everything here. We laugh,

over the weight
of being
neither here
nor there.

My eyes don’t shed
tears, but, boy,
they bawl.

I say: my legs are split
over the Atlantic and he
laughs. And I want to kiss
him for it. Later, we leave

this place, into a howling night, and notice
a police car, or بوكس parked idly outside
the hotel. We grit our teeth and that is the best
we can do. I remember the moment white

Americans around me started learning how to fear
the police, or at least, understand why others do. And
I wish I knew what that sweet innocence tasted like. I wish
I never had so many names, in so many languages, for

so many بوكسات
I tell him: I never needed
a brown boy’s body to remind me
that no state works for us,

not even
our own. How
could I
forget.

He says goodbye
as I get into a cab. I say
goodbye back and choke
on my Arabic. He laughs.

I close the door.


of Reunion (to the Tune of Close to You)

Midnight on a cool January evening, and I am
puking in a boy’s bathroom, one I once knew
intimately, but not enough to keep in touch after
he moved to Saudi Arabia, before I moved to South Africa.
The rest is ancient history and I recall it at the slightest
whisper.

I am puking in his bathroom and he offers me water,
maybe a pill to help your poor stomach out? But all
I can think about is Mama’s paranoia. Suddenly, I
imagine a scenario in which he put something in
the beers so that I may puke, and now he is giving
me

this pill so that something else might happen and
I know this is a dumb fucking theory, so I open
the door, thank him, and take the (Precetol?) and it
does calm my poor stomach down, so I eventually
emerge, laughing weakly, holding my mess of
a body,

rambling about how funny it is that I had such
an intimate experience in his bathroom so soon
after seeing his face again. The next day, I get
to kind of live it again, but this time I am crying
in an Ocean Basket as Mama and Loulou wait for
me

am crying in the MEN’S BATHROOM and I am
not sure why, so I blame myself for forgetting to
get more Xanax from America. Such a silly mistake,
I start to feel ashamed, but remember it has actually
nothing to do with this act of crying itself, rather the

that I had to get up and walk briskly to the MEN’S
BATHROOM of this Ocean Basket, which is so
clean, in order to cry, and I know this wouldn’t
have happened in America, I would’ve cried
where I was, told the waiter to fuck off if he’d dared
give

me a look, but there is always a there and a here
and I suppose sometimes, I should just choose
which helps me breathe easier, so I text the boy again
and we meet, this time in this new burger place
everyone’s been talking about, which is funny
because he’s a vegetarian.

Hazem Fahmy is a poet and critic from Cairo. He is an Honors graduate of Wesleyan University’s College of Letters where he studied literature, philosophy, history and film. His poetry has appeared, or is forthcoming in Apogee, HEArt, Mizna, and The Offing. His performances have been featured on Button Poetry and Write About Now. He is a poetry editor for Voicemail Poems and a contributing writer to Film Inquiry. In his spare time, Hazem writes about the Middle East and tries to come up with creative ways to mock Classicism. He makes videos occasionally.