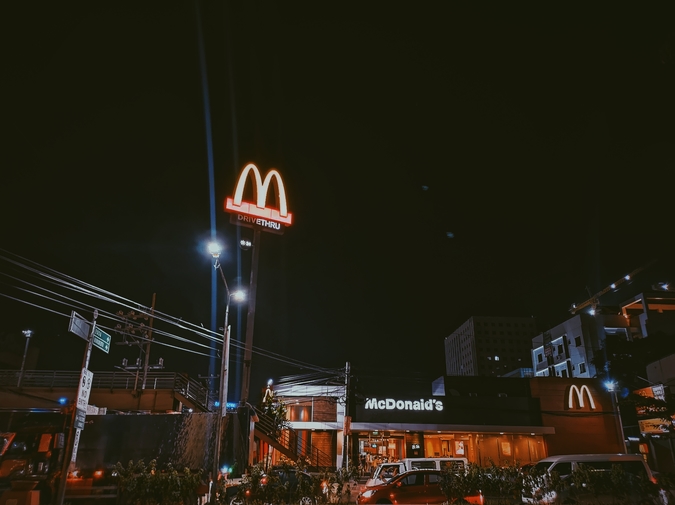 When I was a freshman in college (many years ago, before the marriage and the children and the divorce and the loss of faith in God), I saw a man order eight McDoubles at a McDonald’s on campus and then proceed to eat them all. I watched the entire thing. Slowly, he unwrapped each hamburger and calmly chewed his way through the sandwich. Golden wrappers accumulated around him. I sat enraptured, spellbound by the idea that one person could consume this much food in a single sitting. I looked down at my single hamburger with disgust, mad at myself for not having the audacity to order more. This other man finished his McDoubles and gathered all the wrappers—he looked like he was holding a small candle—and then dumped the yellow papers into the trashcan. He was, and still is, the highest order of a man I have ever seen in my life. I think about him every day.

My aunt, Louie, is from the capital “S” South. She’s actually from Indiana, but if you tell that to her, she’ll tell you that the birth certificate is wrong and she knows where she’s from, god dammit. She’s 81. She broke her hip last week getting off the couch, though my mother thinks it was broken before my aunt ever sat down. Louie’s skin is the color of cumulus clouds. My mother and I took her into a nursing home today—set up her room and got her acquainted and settled in. Her neighbor’s name is Jack and he carries the key to his room on a string around his wrist. The room she’s in is right against the road, and when a vehicle would rush past, she’d look up and out the window and whisper to herself, “that car is coming to take me away from here.”

Matthew Garner is originally from Texas but now lives elsewhere. After receiving his Master’s in fiction writing from Wichita State University, he moved down to Oklahoma to study law. He has been published in Punchfiction and has forthcoming work in DIAGRAM.