Too Long, Too Late 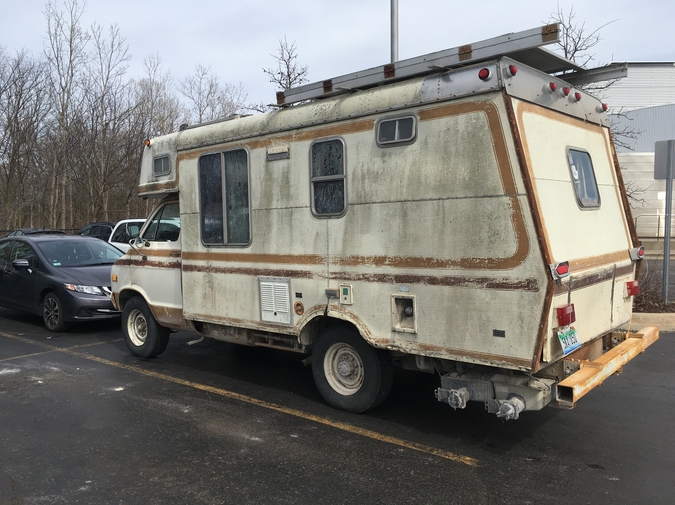 I was in between runs that fall, and the cold came on slow and uncertain. Leaves lingered too long. Two weeks before Halloween, a man escaped from the county jail. On WSAZ, a reporter shoved a mic in the sheriff’s face outside the station.

“We study all available routes,” he said. “We know why, but not how or where.”

Cathy pointed a cigarette at the TV and laughed out smoke. She was taking another break from quitting. “That man is a lost man,” she said.

Then a shovel went missing from the barn, two cans of kerosene, a shepherd’s hook. I slept with a .410 wedged between my side of the headboard and the nightstand.

Cathy told me I’d wake up a few seconds too late.

When I wasn’t on the road, I ate lunch at the diner just to watch Cathy polish the cutlery. Sometimes she put a spoon or fork in her purse.

“You can never be too careful,” she’d say.

If a song came on the radio she didn’t like, she changed the station, setting off the manager in the back.

“That shit drives me crazy,” she said, dropping a butter knife into her purse. She came up holding a cigarette.

I kept her company as she smoked out back, each drag longer than the last. A dog barked at a stray cat hiding between the dumpsters and the fence. Further off, an ambulance cried down the highway.

“I’m so damn tired of this place,” she said.

I asked her to come with me on my next run.

“You can drive as fast as flying,” I said. “And the sky is big enough for you to breathe.”

“What about my mom?” she said.

The night before I left it rained so hard I couldn’t sleep. Something moved under the trailer, and even in the dark I knew the leaves had finally fallen off by the wind rushing them around.

Two days later I called from a payphone outside a truck stop in Cheyenne. The wind blew snow tornadoes across the parking lot as I toed a broken beer bottle with my shoe.

“They found him hiding with family in Huntington,” Cathy said. “In a basement.”

I could tell the time difference by the eleven o’clock news in the background, the clear cough that wasn’t hers. A bottle whispered open.

They opened the gates on the interstate the next morning, and I came down the pass into Laramie thinking it looked like a TV dinner taken from the back of a freezer. We were like that for years, asking questions that weren’t questions because we knew all the answers. I kept going until she was far away from me, knowing all along I’d have to come back.

Justin Mundhenk's work has appeared with Granta and The Literary Review. He lives in southeastern Ohio, where he's pursuing a PhD in Creative Writing.