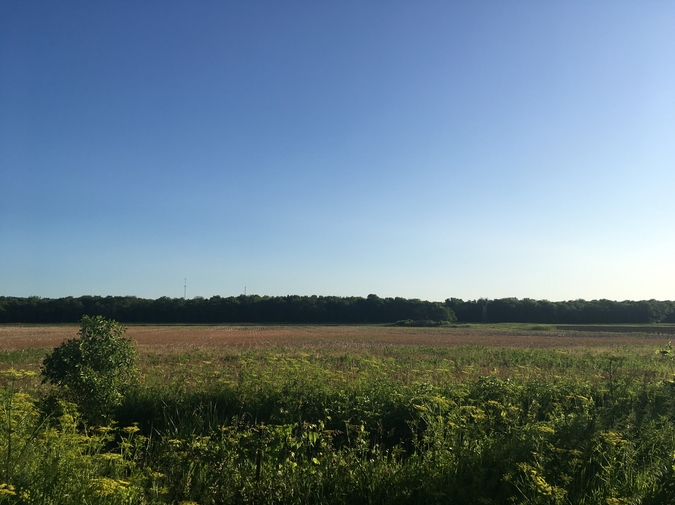 The Years Dad Blamed the Breeze

Some nights I imagine Dad as the lift in a shoe or wing of a plane—
his wisdom packed with imaginary insight:
all shadows have eyes,he'd say, stoking the embers hoping
to bring back life andAmber the year Amber
flew our coop to join a coup; the year mom split
with the televangelist—
Dad, always blaming the breeze saying,they'd never leave us.
Some nights I find him alone, outside— forefinger pressed to the air.
Some nights I find him alone, outside— wound so tight he's ripping.

We Are Not Hot We Are Melting

On Wilshire our Cadillac is carjacked
at high noon stranded inside a city that eats Cadillacs & stars
& traffic is not slow & we are not hot we are melting
so we search for our brother who is missing & lost
& not here in this fine
Beverly Hills median strip of grass the color of expensive glass
& I think I hear his favorite Sir Mix-A-Lot song sung
from the shitty t-shirt section of a bodega
on Crenshaw where Michelle & I work the streets
for more than money b/c (apparently)
we were absent the day God delivered good daddys
& instead we make money by the minute
turning men into $  cracking mirrors for luck
though I have not come here to tell you this
we came for more $ & escape & to find
Glenn & instead find a botched robbery behind
Grauman's where we watch this dying guy take his dying
gasp on Hollywood n Vine we finally found Paul Reuben's star.

Sometimes I write about yard plants instead

I've always wanted to use the word bougainvillea
in a poem but could never locate your garden.
I've always thought my past boyfriends
as wrong & brilliant at the same time—
like a diamond on a knuckle of a severed fist.
I've always thought if anyone finds themselves in one of my poems
most likely they will die in it.
Once, Uncle Brandy & I traveled backwards down a dirt hill
in an unhinged tilt-a-whirl cage, yet we did not flip.
Sometimes I ponder what Lovell said in my NA meetings—
crack should be called broke because we're all broke.
Sometimes I wish someone else had died instead of you.
Sometimes I feel it snowing in Maryland even
when I am applying lotion in Florida.
Sometimes I write about you.
Sometimes I write about yard plants instead.
I've often thought if I could meet anyone in the world I'd want to remeet you.

Yvonne's poetry has appeared in Tin House, Pacifica, Up the Staircase Quarterly, and elsewhere. She teaches college literature in Florida.