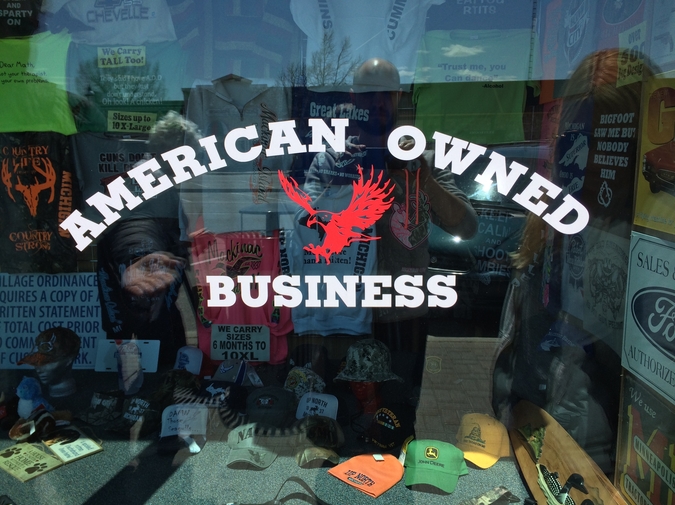 Sometimes I’ll just think of something
so beautiful that it brings me to tears.
Like yesterday, when I was standing in line
at the grocery store, getting ready to pay
for my magazines and multivitamins.
I imagined a gang of astronauts
who’d just gotten off work,
freed from their cumbersome spacesuits
and intergalactic stresses,
standing around on a launch pad
in blue jeans and t-shirts,
talking about tackle football
and drinking beer out of cans.
I began to weep quietly to myself,
and even though I tried my best to cover it up
by pulling the front of my shirt over my face,
the lady before me noticed
and asked what was wrong.
I knew that if I shared my beautiful thought
with her and just released it
into the dirty supermarket air like that
it would cease to be so beautiful,
so I lied that it was the second anniversary
of the day my one true love was taken
from me forever by a horrific hotel fire.
She sat her eggs and orange juice down
and hugged me for a long while,
and it was actually sort of beautiful,
but not as beautiful as my thought
about the astronauts with their blue jeans
and canned beer. Last week
a similar thing happened, except that time
I was thinking about a farmer stepping
over an electric fence in the rain
and zapping his private parts,
but not really caring because
he was so excited to walk across the field
and pet his favorite cow.
Another time it was just a lady
using her cell phone camera
to take a picture of a redwood tree.
I’m not sure why
I’ve been given this ability
to conjure such beautiful thoughts.
I’ve even thought of seeing a doctor
about it, but that’s probably a bad idea.
What if he snaked one of those
long tube cameras into my head
and saw what was in there?
And what if it was like space,
bursting with stars and colorful gases
and other radiant sources
of overpowering beauty?
And what if he realized
that nothing he’d ever see again
would compare to that?
And what if that made him really sad?


Poem for the Squared Circle

Maybe you’ve gazed out at the sweat and spandex glory
inside of the ring, or the poster-hoisting fandomonium
outside of it, and thought, Wrestling…that’s the life for me.
Well, before you go lacing up your boots
and stepping over those ropes, maybe you should take a minute
to think about the morning after the dream.

When you’re a wrestler, sometimes you’re happy
because you’re getting one goddamn day off
from the road, and you’re going to spend it with your kids
and take them some place special, like the state park,
somewhere where beauty isn’t so reliant on blood and pyrotechnics,
just to make a few memories with their old man.
So you’re walking on this woodland path,
pointing out fresh deer tracks, the babble of a stream,
trying to evoke for your kids the wonder and benevolence
of what some might call God, when – holy shit!

So you’re stuck in this fucked up, basically unwinnable situation.
At worst, your kids will end the day orphans
and go on to face a lifetime of orphanly problems,
and at best, well, they’re still going
to witness their father murder a man.
But in classic wrestler fashion, you don’t hesitate,
you gracefully accept the lesser of two evils

and dispense of your foe any way you can,
maybe with a chokehold on the forest floor,
or a powerbomb from atop a scenic lookout rock,
or even with the aid of an outside weapon
such as a folding chair or an indigenous snake.
The point is, you do what has to be done.
But sure enough, when it’s over, your kids
have forgotten how to speak to you.
They tremble like the air’s gone cold, their faces
suddenly identical to those that you see in a commercial
and immediately feel moved to reach for your wallet.
Fuck. It happened anyway. They’re orphans now.

This is what it truly means to wrestle
and to be a wrestler. It’s like learning to speak to the dead
only to find that they having nothing to say.
It’s like eating a handful of roofing nails,
knowing they will eventually have to come out the other side.
It’s like entering a seventeenth century cathedral,
removing your hat and coat, and being screamed at
and chased out by a band of parishioners
because you’re a fucking monster.

If you’re wanting to write a poem
that will appeal to the largest possible
amount of people, you really can’t
go wrong writing a poem about water.
Subject matter just doesn’t
get more universal than that.

Whether you’re a Trobriand Islander
engaging in a religious fishing ritual,
or a potato farmer irrigating crops
in a field outside of Dublin,
or just some rich asshole
going for a night swim on a private beach,
you know what the wet stuff is.

And when you pause to consider the fact
that water is the most essential part
of our physical makeup and imagine
the scenes of suffering and extinction
that would immediately follow its disappearance –
the near-dead throwing their scrawny arms
out of socket just reaching for mirages
of cartoon oases, the already dead
dried and scattered like leaves
in some postcard depiction of Fall –
well, it’s not at all unrealistic to say
that a poem about water will endure
for all of human history.

Even if we someday unearth the magic
for resurrecting the dead
and our vast ancestries are reanimated
only to find that they’re dying
for some killer verse to present them
with something they can relate to
in this new alien world,
a poem about water will be perfect,
because, aside from a few minor
stylistic changes, water was largely the same
even back then.

Or say animals suddenly evolve
to appreciate and even yearn for those
little intellectual and emotional delights
only poetry can bring. They’ll have to be
intuitively invested in a poem about water.
Hippopotami will think of days
spent neck-deep in the cooling waters
of an African stream and simply nod along
in recognition to a poem about water.
Or Floridian birds will read a poem about water
and recollect the dark marshes
where loved ones found themselves mangled
in the teeth of ravenous gators
and they’ll gently weep their asses off.

In the end, water is our evolutionary birthplace,
meaning there’s something laced through our blood
beyond simplistic notions of heart, mind, or soul
that floats out over the broad constructs of time
like some great ectoplasmic pterodactyl
and recognizes a poem about water
and goes, Yeah, I get it.

Simply writing a poem about water itself, though,
may grow tiresome. It’s best to incorporate
the water into a more personal account
of a significant event or occasion.
Here, I’ll share an example:

When I was in fifth grade
I went to my friend’s pool party.
Another kid climbed onto my shoulders
in the deep end, refusing to hop off,
and I almost drowned. I thought for certain
I would die, and was struck most
by my overwhelming lack of thought,
what I couldn’t articulate then
but now realize was the seeming
insignificance of my life’s final moments.
The pool was full of water.

Joshua Johnston was born and raised in Caneyville, Kentucky. His work has appeared in publications such as Sprung Formal, Spork, Queen Mob’s Teahouse, and theEEEL. He currently lives in Bloomington, Indiana, where he’s pursuing an MFA at Indiana University. Follow him at https://twitter.com/joshua0johnston.