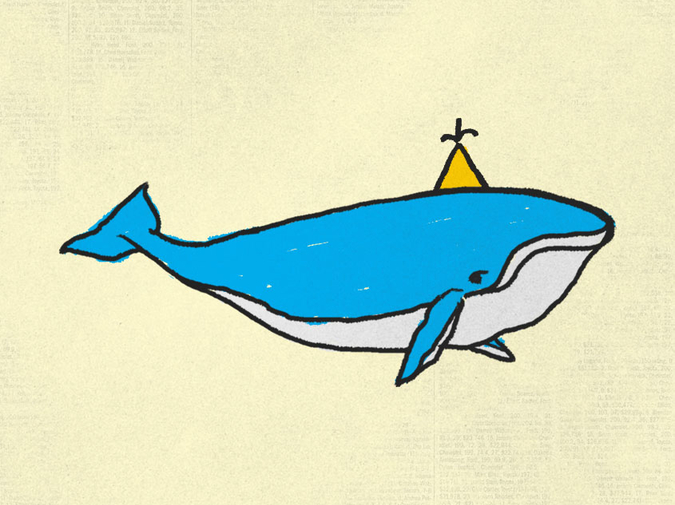 I turn 30 next month but I’m no longer afraid because I read somewhere that time is an illusion. I am purchasing an anti-aging moisturizer, just in case. It’s expensive, but money is no object. I’m worth four figures.

Can you imagine, in ten years, that we’ll be sitting in this same coffee shop arguing about remakes or sequels or prequels to the same movies we’re arguing about now, except this coffee shop will jut off a space station? It’ll be the same baristas too, and they’ll be wearing the same distressed tees they’re wearing now, plus they’ll find a way to stretch knit beanies over astronaut helmets because beanies are essential to the look. And we will wear the same jackets we’re wearing now, because in ten years they’ll be considered vintagey. See? Everything will be the same, with a couple minor tweaks. Honestly. You’ll hardly notice. Nothing ever really changes until one day everything has changed.

Last night I crouched in the cold & flu aisle at CVS for what felt like the lifespan of a strapping young hamster debating between two different brands of nasal spray, ultimately purchasing neither. I had decided on the walk over that I don’t believe in consumerism. My nose is still stuffy.

Can you imagine, in ten years, that we’ll be riding the same subway we’re riding now, only instead of running underground this train will soar through outer space to the space station where the coffee shop awaits? And instead of subway delays—wait, never mind, subway delays are timeless, as in, they transcend time. A subway delay does not end. Though if time is an illusion… what then? As long as we’re asking the big questions: Why me? Why, God, why?

This essay grows more complicated than anticipated (note to self: Maybe delete everything after “CVS hamster” bit, call it a day).

I am trying to find the perfect outfit to reflect my anti-consumerist sensibilities. Something black, very Lower East Side, perfect for an impromptu tapas date or last-minute funeral invite. If we must march in the direction of inevitable demise, let us do so in flattering silhouettes! Will check TJ Maxx.

I am writing all of this down, relaying these events to you, to capture the passing present.

Can you imagine, in ten years, that we’ll be queuing for this same Korean-Mexican taco truck, except this taco truck will be a taco hovercraft? And you won’t have to worry about getting a piece of kimchi stuck in your teeth, because in ten years our dinners will be injected straight into our intestines. Needle full of barbecued tempeh, straight to the gut. Extra Sriracha. Mangia.

I rarely eat meat now—this coming from the girl who used to regularly commit cold-blooded buffalocide on The Oregon Trail for Windows ’98. I always killed more than our wagon needed. Half of us were stricken with typhoid anyway, the meat was worthless to us. Yet there I’d go, offing noble bison by the stampede, plus the occasional squirrel, without so much as a second thought. But the 90s were a different time.

Last night while exchanging pleasantries with my neighbor on our front stoop, a rat interrupted our conversation to crawl across my neighbor’s foot. This was impolite of the rat, though, to be fair, he was taking the most direct route to our dumpster and I hate being late for dinner too. “That’s the closest I’ve ever been to a rat,” I said. “And I even closer,” said my neighbor. The rat made no comment.

“Hey, quick question,” I said to my neighbor. “Does past suffering deepen present joy because it is darkness defied by light? Or, is joy only pure for a child who does not yet understand that all things end in the end, our lives turn to liquidation sale, that everything must go?”

My neighbor cleared his throat and fumbled for his phone. “Sorry, gotta respond to this Snapchat.”

Even the rat looked uncomfortable.

“Well, nice to see you,” I said to my neighbor. “You too,” my neighbor replied. He stayed outside for a while, to finish his cigarette under the glassy watch of the NYPD surveillance camera.

I am writing all of this down, relaying these events to you, to capture the passing present.

Hey. Did you know that the average lifespan of a bowhead whale is 200 years plus, which means nothing to the quahog coasting toward 400, which means nothing to the deep-sea sponge flirting with its 11,000th birthday? Our number is slightly lower, and maybe one does deliver astride of a grave, but that’s not to say that birth and death are bookends to a finite line. I have a hunch that the end is merely that of a sentence.

You span a life. What else can you expect?

By the way, span is just naps, backwards. I’ve never been a napper, but I do like to reserve about ten minutes each afternoon for lying on the duvet in straitjacket pose staring slack-jawed at the ceiling in a fit of existential terror. It’s nice to have a little “me” time. Treat yourself!

This afternoon, apropos of nothing, my two-year-old nephew announced that he “needs a farm” for my older sister and me. This is a problematic statement. Was he suggesting that women 30ish and over should be “put out to pasture,” so to speak? Am I, geriatric horse, to be led behind the barn and shot without trial? Should I have gone with a more expensive and therefore more effective anti-aging moisturizer?

Can you imagine, in ten years, that we will return to the place that was once our home only to find a village of slicker nicer joints where the old joints used to be, brick roads slathered in asphalt, no trace of the crumbling stucco house, the tiger lilies, the chain link fence? Were we ever really here? Or was it just a movie I saw? I turn to ask, but you vanish too.

I used to pray. Now I talk to ghosts. I beg them, What will the future bring?

They cry back in my voice, I don’t know!

I turned 30 last month but I’m no longer afraid because I read somewhere that time is an illusion. I have purchased an anti-aging moisturizer, just in case. It’s expensive, but money is no object. I’m worth four figures.

I’m remembering the future, versions of the future I imagined as a kid. I’m anticipating the past, as if we’re somehow gonna circle back around to it. I’m dreaming about the present. A present you’re present in. Can you imagine?

Can you really imagine?

Time keeps passing at the same rate no matter what I do. Tried to slow it down last night, with no luck. I took the last decade and held it up to the light like a kaleidoscope. It kept changing as I turned it, shifting shape after brilliant shape, and then the night was over.

Brigid Ronan was born near Chicago in the late 1900s. Her humor writing has appeared in McSweeney’s Internet Tendency. She studied Theatre at Vanderbilt University, and is currently pursuing an MFA in Creative Nonfiction at Oregon State University.

Ethan Kempsell is an artist living in Chicago, IL.  His website is www.ethankempsell.com.