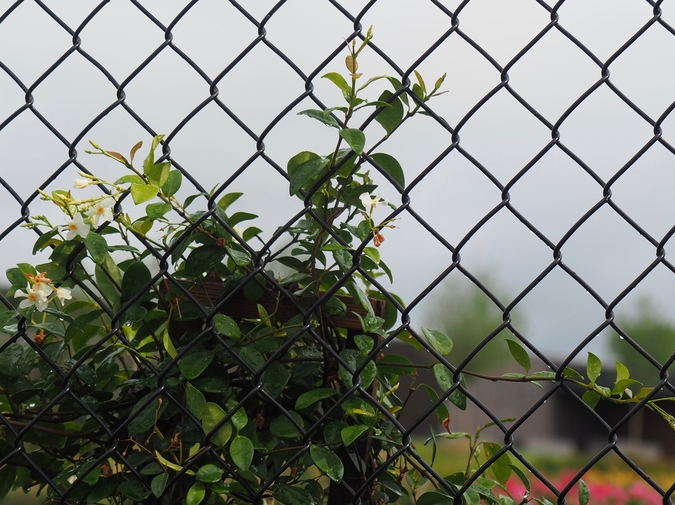 It's their first practice in good spring weather,
not only not raining, not cold, but full of light,
the mountains in the background against soft
steel-blue clouds against a pale blue sky,
the trees various fuzzy, feathery greens,
well maybe that's a product of my eyesight, but
there they are "accidentally" tossing the ball
over the fence so they have to leap over the fence
to get it back, spring-propelled goofballs,
before the coaches call them in to practice
actually hitting the ball, which would be helpful
in a game.  There's Blair, without catcher’s gear
standing well to the side of the kid at bat,
and the kid at bat is missing and swinging, swinging
and missing, and then Blair stands in front of him,
right arm raised to stop the pitcher while he tells the kid
something, and then Blair moves back, the coach
pitches, and the kid hits the ball--and he keeps hitting it,
not every time but most times, and occasionally a foul ball,
but then he's allowed to run after the next one, which is so
good, the other kids yell, "Go to second, Anthony!" and Anthony
goes to second, and "Go to third!" which he tries, but by then
the coach has the ball back and thrown it to third, so he's out,
but nobody minds because this is just practice.
And if you're wondering about my own goofball,
Noah is on the sidelines being warned about a pop fly
and he's ducking and covering and it misses him by miles.

Janet Bowdan's poems have appeared in APR, Best American Poetry 2000, Blood Orange Review, Peacock Journal, Tahoma Literary Review and elsewhere; she also has a chapbook, Making Progress (Finishing Line Press, 2018). She lives in Northampton, MA, with her husband and son and sometimes a lovely stepdaughter. Each Spring, she regularly transports her son from ultimate frisbee to baseball and wonders how he does it.