Socrates and The Common Cuckoo 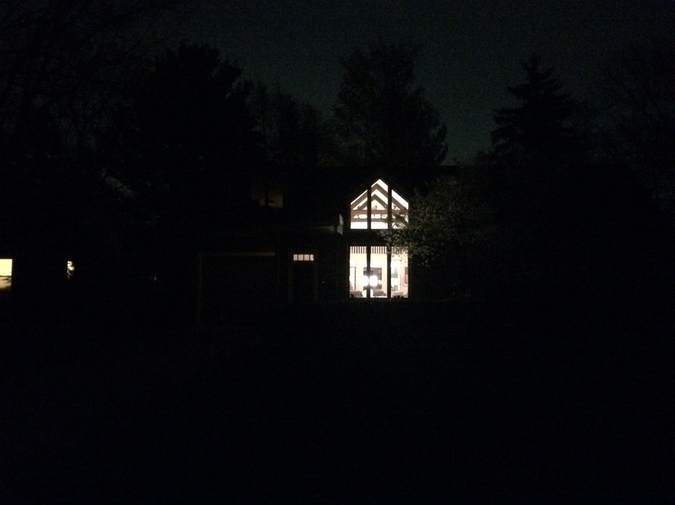 You know you’re in the shit when you’re looking to fortune cookies for encouragement. You know you’re really in the shit when you don’t buy the normal bag of cookies, you go for the mis-folded rejects. In theory, they’re still fortune cookies, right? You can scrounge for loose fortunes at the bottom of the bag, but then I gotta wonder: are they really yours, or did you just find them? Are they second-hand fortunes?

The current bag of mis-folded cookies is the only thing that got me out of bed today. That’s not an everyday thing—me not getting out of bed—just days like today, which, in the grand scheme of things, ain’t that bad. I read on Wikipedia about how fortune cookies used to be a Japanese thing, until all the Japanese Americans on the west coast got carted off to Iowa or Wyoming or wherever during World War II, leaving the Chinese to watch their stuff and operate their fortune cookie factories. By the time WWII ended, everybody forgot that fortune cookies belonged to the Japanese. They were a Chinese thing now, and nobody even noticed the difference. I mean, I’m still in the shit today, but damn. Building an empire of little folded cookies seems hard enough, let alone having to give it up to go live in a tent surrounded with barbed wire and scorpions.

Melanie doesn’t understand the cookies. In fact, from the way she’s sitting on the slate gray couch opposite mine, legs crossed, glued to the side of the arm-rest like an octopus in a tank, I think she resents them.

Did you know the peacock mantis shrimp can hit something with the force of a .22 caliber bullet? It hits so fast and so hard, the water in front of its little thumpers turns into plasma. Imagine being a crab and having that thing on your trail.

“I mean, they fought all the time,” Melanie is saying. “I don’t understand how you can minimize that.”

“You see?” Melanie says. “All we know how to do is antagonize each other.” By we she means me. “That’s the only lesson they ever taught us.” Her voice cracks on the word lesson and she dabs her eyes with a Kleenex on the word us.

A hummingbird has to find food within the first ninety minutes of its day, or else it falls down dead from starvation. I read that somewhere. It sounds fake, but I kind of want it to be true.

When Greg showed up at my door and said his name was Melanie, my first thought was “who chooses a name like Melanie?” Well, no, my first thought was “how did Greg find my apartment and why is he in drag?” But really, who goes to all the trouble of getting hormone injections, getting a new wardrobe, getting a sex change, and then picks out for themselves, out of all the names in the universe, a boring, white-picket-fence name like Melanie? Portents of things to come, I should have thought, but I didn’t. More the fool I.

“What does this have to do with candles?” I ask. Melanie had been talking about something I said last time I was over at their house.

“You said candles were the leading cause of house-fires!” Melanie says, and devolves into sobbing. I look at Josh. Normally he’d step in right about now, but I’m supposed to be practicing “talking into a positive space,” so all he does is write something down on his legal pad and wait for me to take the reins.

Socrates’ followers sat up with him all night, the night before he drank the hemlock. Imagine that. Sitting with a guy who’s going to kill himself—who has been ordered to kill himself, and who has decided that yes, this is the right thing to do. You’d be sitting there thinking “is he gonna do it? Is he really gonna do it?” But then, if you were in that room with him, you’d probably already know the answer.

I realize I’ve been sitting here for a while, not saying anything. Melanie has stopped crying and is now staring at me, annoyed. I can’t give her what she wants, and she’s wasting my time. We’re both wasting our time, because I’ve got a choice, and that choice hasn’t changed for the five months we’ve been meeting for therapy: I can tell her the truth, or I can lie. I don’t want to do either one. Melanie wants me to commiserate with her. She wants us to bemoan our crappy childhood—and, let’s not kid, it was crappy—and move forward together. She wants us to grieve, and process, and heal, and demonize our parents for being the immature sacks of shit that they were, for carrying on the embarrassment that was their marriage far past its expiration date. She wants us to be trauma survivors, like that’s some vogue thing, like pilates, or hot yoga.

So that’s what I could do. I could say “Melanie, you’re right. We were wronged. Never given our proper due. We’re gonna get through this together, yes, here, take my hand, yep, let’s hug it out and move on.” I could do that.

The people on Easter Island deforested the whole island and then starved. They ate each other, then the Dutch killed some of them, then Peruvian slavers carted a bunch off, and left small pox behind, and then whalers brought tuberculosis. By 1877 there were only like a hundred and eleven people left on the whole island. In some of those villages you gotta figure that means there was somebody who was the last one to go.

The common cuckoo lays its egg in another bird’s nest, and when its chick hatches it pushes all the rightful heirs out of the nest. The bird-parents end up raising the cuckoo like it’s their own chick. They never know the difference. That’s nature for you.

I don’t want to mourn my childhood. No, let me put it another way: my childhood is not something that ought to be mourned. Ah, but that’s not quite it either. We’ve been sitting on these slate gray couches for months. Melanie acts like our childhood is hers to define, like she owns the narrative. Well, part of that narrative’s mine. When Greg turned 18, he was out of there. He was gone. I stuck around for another couple years, by myself, as the youngest, watching the parents rip each other apart and roll around in the pieces. Greg never saw the worst of it, and now here’s Melanie, acting the martyr.

But hey, there I go trying to define her experience, trying to minimize her trauma as she tries to inflate mine. She acts like we’re broken people, but I like who I am and I like where I came from.

So that’s the other thing I could do. Tell her the truth. Tell her that broken and angry aren’t the same thing, and she needs to stop pretending like they are. It won’t solve anything, but neither would me telling her that. It’d probably make her cry again. What do you do when the two choices laid out in front of you are mirror images of the same ugly picture? I don’t know, so I eat fortune cookies and think about Socrates, and the mantis shrimp, and Easter Island, and raising a common cuckoo chick, and how my little moment of quiet angst doesn’t even come close to stacking up, and so I shouldn’t really worry about it. Grief, and loss, and fuck-upped-ness aren’t competitive sports, but, I don’t know, it sure helps to think about them that way sometimes. Maybe I’ll say that in the next guided dialogue.

"I am a sometime short form, sometime long form writer born and raised in Seattle, WA. When I’m not writing fiction I build houses and teach kids to write. My work has appeared in the Tahoma Literary Review, and I am currently revising my first novel, a work of historical fiction."