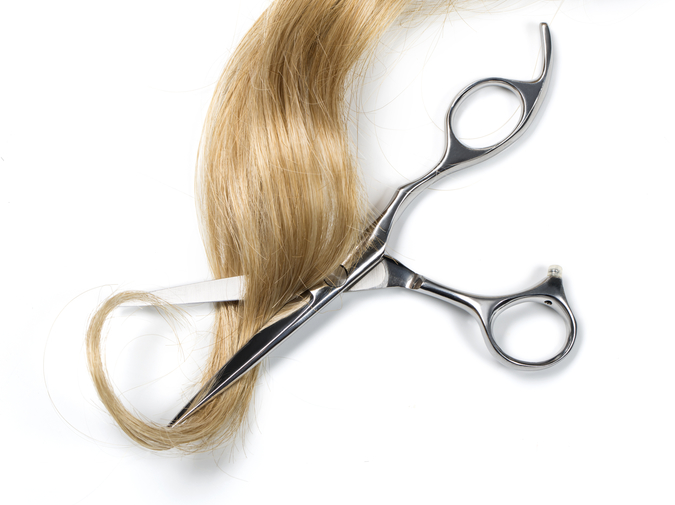 I’m the only girl at soccer camp and the youngest by two years. My mom registered me with my big brother, Gabe. We are still the same height, and I outweigh him by ten pounds, so she probably thought it didn’t matter. I’m strong and fast, I have no problem keeping up. I play mid-field. Occasionally I bring the ball forward, set up the goal but defense is my specialty. I love nothing more than taking the ball from the boys when they come barreling down the field. I lunge toward them, stick out a hip, thrust an elbow into ribs, and kick my foot toward the ball at just the right angle to loop around their ankle at the same time. Every morning I send multiple boys sprawling into the dirt, proving, I think, that I am just as good as they are.

The last day of camp, Coach shouts “scrimmage time!” The group counts off, one-two-one-two, is split into teams. Gabe and I are on opposite sides, so he’s looking right at me when Coach points at my team and says “skins.” Gabe’s on the shirts. I have my tee already over my head, when I feel a hand on my forearm, yanking me toward the other end of the field. “You can’t do that. Put it back on.” It’s Gabe.  His voice closer to a shriek than a shout. “You have to switch teams with me,” he orders. I do what he says, because I always have.

A Tuesday afternoon, the following October.  I’m with the rest of the fourth graders in my scout troop, crowded into a storeroom at the back of Heather’s mother’s beauty shop. Everyone is supposed to be sitting crisscross applesauce in a calm circle. But the other girls, in their green pinafores and badge-covered sashes, have already pressed forward, a single giggling mass gathered as close as possible to the card table Heather’s mom set up at one end of the narrow, windowless room. I’m the only one still on the floor, my back pressed against the wall. The smell of hair color and permanent waves stings the air.

On that table, a dizzying array of tubes and powders and brushes are arranged like a sacrificial offering around the base of a plastic head, with giant green eyes and long blond hair, resting upon an ample, though truncated, bosom which appeared to have been severed from the rest of her body with one deft slice of a large, sharp knife.

“Look Ellie,” Stacy told me when we came in. “That mannequin looks just like you.” Stacy goes out of her way to be nice me. Her mom is the troop leader. I suppose she has to.

I would rather be outside, climbing trees, burning leaves, or at home, reading a book, anywhere but here. I joined the scouts because I hoped to do the things Gabe got to do with his troop. I was so excited to learn how to build an igloo and sleep inside, make a fire out of sticks and stones, hike five miles through the woods then catch and gut my own fish for dinner, that I’d wishfully, regrettably, overlooked that other, inescapable word: girl.

Heather’s mother is babbling on about seasons and colors and the others go, one by one, to sit in the folding chair, shoulder to shoulder with that truncated head, to be analyzed and categorized. First Heather then Jenny T and Jenny R and Jessica and Emily and Stacy and Rebecca and Siobhan and Liz and Corie and Jenny S and Melanie and Wendy and Tina and Jenny N and Marcy and Erin are divided into groups, winter, spring, summer, fall. I know they will call me up soon, so when I think no one is looking, I jump to my feet and head down the hall, toward the salon, where I find a door, slightly ajar. A small bathroom, single toilet, pedestal sink, and a tall wall of shelves, crowded with boxes of hair color and shampoos and other beauty supplies.

I lock the door and stare at myself in the streaked mirror, giant green eyes, wide nose, stringy blonde hair pulled back in a tight ponytail, wondering what season Heather’s mom would put me in. I’m wearing my blue USA Olympics hoodie and grey sweatpants. I slide my pocketknife out of the pouch of my sweatshirt, stroke the sharp blade against my palm. The knife was a gift from Grandma Elsa and Grandpa Erik last Christmas. My grandfather is a woodcarver, skilled at making woodland animals out of tree stumps. I’d guessed he’d be happy to buy me a knife when I told him I wanted to take up whittling. Grandma had agreed, but insisted that it be a feminine knife, so now I have this petite, sharp blade with a glistening mother-of-pearl handle, which I carry with me everywhere I go.

I squat down and examine the wainscoting. It’s been covered with a few layers of paint, glopped so thick, simply dragging my ragged fingernail over the surface leaves a mark. I stick my knife into an open spot, between the sink and the toilet, and cut a head sized hole in the paint, which I peel, exposing the bare pine beneath. I love this knife. Just knowing I have it with me makes me calmer, all that sharp potential. I stab it back into the wall, and slowly carve, in squat, deliberate letters, at the center of my circle: pretty is what pretty does.

It is when I step back, to admire my work, that my eye catches on the two large jars on the top shelf. One seems full of combs, the other scissors, all floating in glowing blue water. I unscrew the top of the scissor jar, pull out the largest pair, step back to the mirror, and pull the end my ponytail tight with one hand, while guiding the blade between the hairband and my scalp. Closing my eyes, I count to three, and snip. A long chunk of hair falls into the sink, a snaky yellow coil, sprinkled with drops of blue. I stuff my ponytail and pocketknife into my pouch, pull up my hood and walk out. Straight through the salon and into the street. I know the way home.

February, fifth grade. The Winter Musical is a medley of songs from the early years of rock and roll. I’m assigned to be one of the background singers for “My Boyfriend’s Back” by The Angels. I’m pleased with the role. I can sing okay, and my strong legs make me an apt dancer, but I’m more comfortable in the background than center stage. Heather has the leading role, and her mom finds three matching vintage dresses, with big rounds skirts, sleeveless bodices, and generous v-necks. Though I still prefer sweatpants and blue jeans, that dress makes me feel transformed, the moment I put it on, as if it carries some antique womanly magic. Or, at least, this is the first time I notice that there’s power to be found in a swinging skirt. We spin in front of the mirror in the basement bathroom, behind the gym, slap on some lipstick Heather has in her bag, and strut our way back to rehearsal.

The next day, Mrs. Oberg asks me to step into the hall during math class, hands me a bulky blue cardigan, very itchy, with white pearl buttons and giant pink flower applique flowers on chest. “Here,” she says. “I brought you this. I think it will be a great addition to your costume.”

It’s made clear that I am expected to wear the sweater for every show, even though it makes me sweat under the lights. The teachers have decided that the dress Heather’s mom brought is too mature. Though none of the rest of the girls are given sweaters, only me.

By spring, I am obsessed with tape. It starts with the roll of white athletic tape I find under the sink, in the bathroom, so old it’s yellowed around the edges. I take off my shirt and affix the end under my armpit and begin wrapping it around and around my chest, pulling tight. I leave the tape on until it frays and droops. Then do it again and again, until I run out. Next I use rolls of blue painter’s tape I find in the garage. Then, once, duct tape. But nothing can stop them. They grow and grow. By sixth grade I am wearing a hand me down bra from my mom. By eighth, I’m propping them up on my desk during class, trying to get some rest.

Karin Killian is a writer and translator from Northern Minnesota. Her nonfiction appeared most recently in Creative Nonfiction. Her first short story was published in Bayou in January 2020. Karin is an MFA candidate in fiction in the MFA Program for Writers at Warren Wilson College.