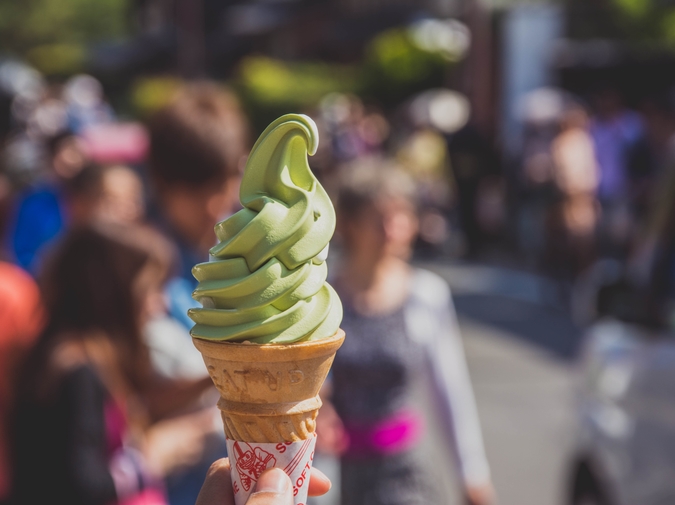 I’m on a date with this dude, the guy’s gorgeous, and ripped, skin all sunburnt like a surfer with big white teeth and confident eyes.  It’s all too sexy.  But I’m on guard.  I want to deny him but he’s playin’ it natural and attentive.  He’s good but I ain’t sure if he knows he’s good or if he’s just as polite as he’s coming off.  He has an ordinary job, a high school teacher of some shit, and rides his bike to school everyday and on weekends builds homes for the homeless.  Fuck, right?  We’re at a nice restaurant, his choice, it’s nice but kind-a big and open, maybe the only type of place he knows about.  Anyway, we’re finishing our salads when he makes a face like he just remembered something and takes a little doll from the front pocket of his shirt, a little rubber plastic thing with bendy legs that he sets leaning against the salt shaker and says, ‘This is my mother.’  Can you believe this shit!  I say, ‘Your Mother,’ and he says, ‘Yeah,’ and finishes up his salad.  He doesn’t pay it any more mind, the waitress doesn’t pay it any mind, I don’t know if everyone’s in on the same joke or what.  I’m waiting to see if he forgets the thing, but he doesn’t.  After paying the bill with a tip he swipes it up and slips it into his pants pockets with the spare change.  I’m like, okay, whatever, I never been out with a teacher before, he’s probably just tripping on me, cute with maybe more of an edge than I thought.  I just can’t exactly tell how much edge, and that’s what I’m looking out for.  But he’s got me something else too.  Curious.  Anyway, there’s more.  He takes me out for ice cream, one of those places with a window on the street and people standing in the parking lot licking their ice cream cones, and while paying he takes the thing out of his pocket to show the cashier.  ‘This is my mother,’ he says, and the guy at the register, the sort you usually see pissed-off behind the counter at some coffee shop, he says, ‘Oh, cool.’  And then after that at a bar – I’m going the distance with this shit! – he takes it out again and sets it on the bar-top, and people notice and everyone’s chill, and he’s chill, not acting like something weird is definitely happening and he’s trying to act otherwise.  I can’t explain it, but I ask him, ‘Do you take that out when you go to bed with a woman?’  ‘Are we going to bed together?  Excellent!’ he says with this enthusiasm.  But I ain’t getting sidetracked, not yet.  ‘So that’s your mother,’ I say, and he asks, ‘How do you get on with your mother?’  But he’s really asking, attentive like he’s been all night, and I find myself authentically telling him, ‘Black people, we don’t get to hate our mothers like –’ ‘White people,’ he finishes.  I ask if his mother’s dead and he asks why I should ask that, not offended, not making something of nothing, I tell him I’m just curious and he accepts that and tells me, ‘No, she’s around.’  We’re good, it feels fine, I like the way he keeps asking me things.  At some point he goes to the bathroom and leaves the doll propped on the bar.  I wanna pick it up but I can’t, I just can’t, it’s got voodoo, don’t look at me like that.  I don’t wanna look at it because not looking at it makes me wish I’d been more honest with him, freer to say things about my mother, tell him about the baby I lost, I don’t know, maybe I’d figure some things out talking about them.  When he comes back and slides up all close on his stool I tell him, ‘Yeah, we’re going to bed,’ which is not me, you know that.  But he’s all jacked and not afraid to show it, yells, ‘Check please!’ across the bar with that white boy humor.  So I take him home and we are aggressive, we’re gobbling one another up, we’re gobbling pouring wine in the kitchen, on the couch, and when we make it to the bed I swear I suddenly hear myself say, ‘You can prop your mother onto the bureau there,’ which he does, adjusting it so it’s got a good clear view of the bed.  And you know, it actually makes me feel safe.

Adam Falik is a writer of fiction, drama, and cultural criticism. His fiction publications include The Los Angeles Review and Trajectory. He has written and produced several plays including the opera ee me and pollock thee, a fictional account of Jackson Pollock and E. E. Cummings, which was nominated for a Big Easy Award. He is an Assistant Professor at Southern University New Orleans.