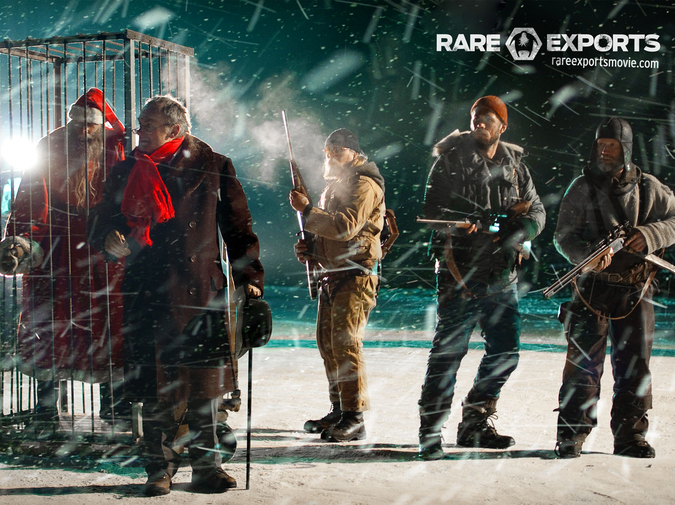 I can tell you right now that the visual of thousands of Santas running naked through the Finnish/Russian countryside with murder weapons in hand is basis enough on which to see Rare Exports. This strange foreign film has a lot more to offer in terms of horror, comedy, and crazy shit than the same holiday movies everyone sees every year without a doubt. Seeing this movie on a whim, I was not expecting much. However, the main character, a young, Russian boy (Onni Tommila) is adorably innocent as he guides us through his discovery of what Santa really is, after his father accidentally catches one in a wolf trap. What it turns out to be is naked, dangerous, and a kidnapper of all “bad children”. Granted, if you’re looking for a sentimental holiday movie, this probably isn’t it, even though the ending is incredibly and surprisingly endearing. But, this movie is such a unique, indescribable experience that it’s become an instant favorite of mine. At times it does feel like a horror movie that’s so not-scary that it’s funny, but always in an enjoyable way. In some ways, it reminded me of the foreign movie Pan’s Labyrinth in such that it’s so creative and completely different than any movie you’ll get from the United States. Like Pan’s Labyrinth, Rare Exports creates an element of fantasy which separates the film from anything I could have ever imagined, and left me unable to predict the ending, which is always great. I can guarantee that Rare Exports is a strange but also great and compelling story, and I can guarantee that you’ve never seen anything like it before.