Pin the Tail on the Predator 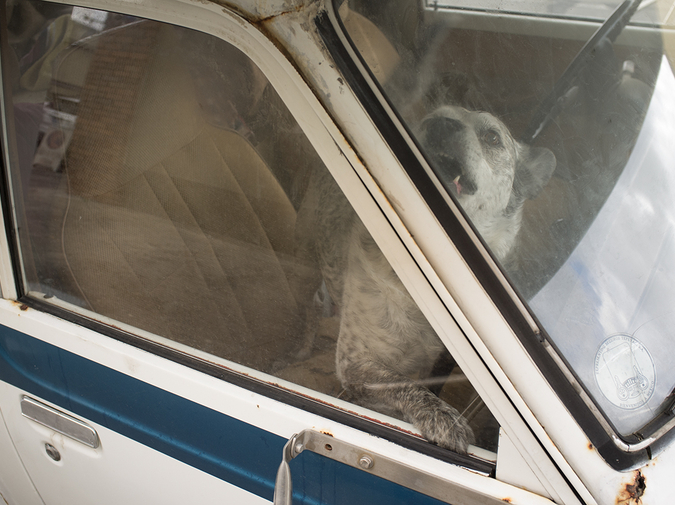 Pin the Tail on the Predator

On the furthest edge of this memory a man slumber snores
so gently I can’t imagine his hands as anything but
massage at the after party. I can walk back into
how I adored him. Would have traded my twenties
for his tree trunk thighs jumping rope in the hallway
before my waking was even a glimmer in the coffee pot.
Would have told everyone or nobody
he’d chosen me from the swirl of sparkling girls
to probe for wonder. I knew what we did
in the murky tides of night was unremarkable.
His bounty was all salt cod and groaning.
I drank an ocean on purpose. I proposed to drown
and drowned. He gave me soccer shorts
and an undershirt to be adorned
while I slept it off. There were girls who sank
a thousand leagues beneath his hips
and never bobbed back for air. I came ashore
in a body of my own, crooked gate
and piano fingers. Not bloated refuse on the seabed.
Not coughing up water. Not even a scream. I hurried
into myself: quiet armor, invisibility cloak,
woods and snow and more woods and snow.

Miss two days’ birth control and the body rages:
But where’s the child you swore was here?
There are lies that take the tiniest pills
to keep believing. This blood was so certain
of a baby. Finally a baby to pump full
of vitamins and wonder. A reason to thicken
thighs and spread hips. To watch TV all night
and eat tacos and ice cream. A reason
against wine. A girl swaddled with so much care.
A belly of caring. Mini versions of my grandmother’s
slender fingers and toes. Head of red just like mine.
That shock to the air. No. Empty sack of a womb,
sore for nothing. Ticking lack that delivers me
into my thirties with nothing but stories in tow.

after “History” by Tomaž Šalamun

Gossip in the attic chatters the tale of Stevie Edwards,
lecher at large in a small city
of bespectacled toads. I’ve heard
she once whispered to a stranger in a bar,
I’d like to fuck someone and you’re here,
but it wasn’t really a whisper,
not even really a stranger, but a neighbor
she'd mistaken for something more dispensable,
like the control top hosiery she tried not to rip,
to keep nice for future gut-squishing,
but shrugged as a hole widened
across the impossibly delicate skin
of her favorite thigh. Possibly she’s a liar,
slept in her day clothes most nights,
couldn’t bear the movement
of undressing. Possibly she wanted
nothing. Possibly she wanted a voice
to speak back to her once bars closed
at 1 am, too early to converse with stars
without feeling like a nut. Too late
to call her mother and brag she has nobody
she must clean up after but herself.
Possibly she won’t remember any of this
until one day she is sitting on her porch
in a different city with different neighbors
and different spectacles and different
toad-like people and people-like toads
and thinks she’d like to build a fence
or crush her cellphone against cement steps,
or scale the side of her graystone
and wave her arms on the roof, shouting:
This is the story of a woman
who woke up in her clothes every day
and nobody got hurt.

Stevie Edwards is Editor-in-Chief at Muzzle Magazine and Acquisitions Editor at YesYes Books. Her first book, GOOD GRIEF (Write Bloody 2012), received the Independent Publisher Book Awards Bronze in Poetry and the Devil's Kitchen Reading Award. Her second book, HUMANLY, was released in 2015 by Small Doggies Press. She has an MFA in poetry from Cornell University, and will be starting a PhD in the English Department at the University of North Texas next fall. She currently resides in Ann Arbor, MI, and grew up in Lansing, MI. Her poems have appeared in Indiana Review, The Offing, Salt Hill, Baltimore Review, The Journal, Rattle, Verse Daily, PANK, and elsewhere.