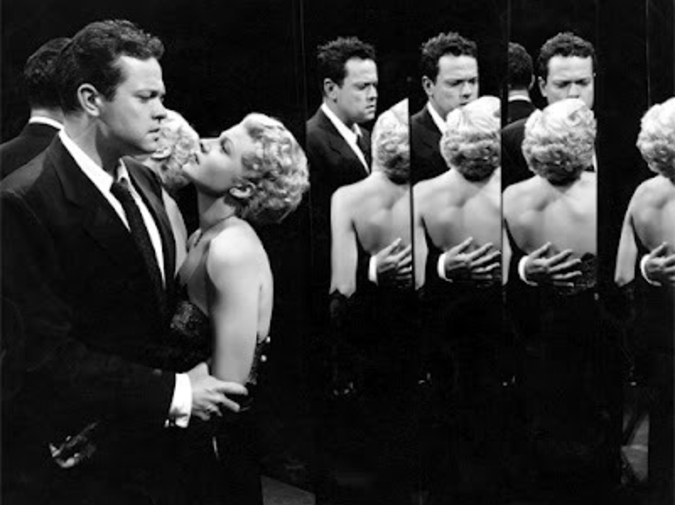 When James Franco first spoke to me, he said, “Oh, shit. You’re Mr. Hip. We were just talking about you before the reading.”

James was humbled to be reading with the icon, living legend, and friend Frank Bidart.

James lives a scholarly life. A contemporary-renaissance man, he embodies the ekphrastic elements of theory. Aside from acting, directing films, and being artsy with an MFA from Columbia University, he will soon have his PhD in English from Yale. Writes fiction and poetry, quite the nerd.

James life is tough too, though. His pretty face gets objectified like visible nipples on busy Manhattan streets. So he read from New Film Stills, a collection of poems with adjacent photos of James dressed in drag. Still, the women say, he makes a handsome lady.

I stayed after the book signing to meet Franco. Mesmerized by the most beautiful woman in the room named Anna, who just so happened to work for James, I waited and spoke with Frank.

Donald did very much love James’ paintings. Even the female-gaze nude paintings of his buddy Seth. Paintings are worth a thousand verbs.

Say: CHEESE – Now, I am in a photo with Mr. Snicklefritz and Mr. Ellen West.

I learned to never judge a book by its cover. Never assume why the words are on a page, in a particular way. Why can’t a star write poetry without it being seen as trolling? What does one do?

Why can’t they have something to express? Why can’t I write what’s near and dear to me?

Because my audience is not comfortable. Even though I am the page and the page is me.

James’ poetry taught me this.

But then I posted it to Instagram. And @FrancoFan69 actually crops me and Frank out with a condoling thank you mention and something about Lana Del Rey.

James laughed before he responded about reading about himself in the media during the question and answer session. He said: I don’t read too many reviews about myself. The last time I read a review, it was really mean. I have people like Frank that I look up to, which is all the confirmation I need regarding my art.

Donald knew after hearing this that James was a cool dude, knew that James was exactly the guy from the poem on page 52 of his Directing Herbert White book.

Take me, even the fake me. Our written words become us, our memories.

The first woman I spoke to at the reading was there to see James. She liked poetry fairly – I had to ask. Thanks to James, she was able to hear Frank read. I told her Frank was the best.

She commented: Frank was incredible!  I thought she was cute and had cuter sunshades. I told her I dug the shades.

Donald posted a few photos with Frank Bidart before, but poetry isn’t popular culture. If it is, Frank is not Tumblr poetry. But James; however, is.

Donald would learn this after posting the photo with Frank and Franco on Facebook.

#Whoa,
Living the life,
Tell him I say sup,
You just reached a new level of hip
Oh my god,
I wish I’d known about this! I moved to NYC and would have loved to see you.

But people only want to see you after they see you with important people. Too many, Hey, Donald how are you doings in my inbox. Too many, I’m just seeing your last message, how are things after a ten month lapse in communication in my inbox.

The people love the fake you. They could’ve been wax figures.

I heard he was weird, was he weird – who isn’t weird?

I didn’t know he wrote poetry. Did he read it well – I know a lot of poets and even they don’t read well. It’s what’s on the page that matters.

Was he high – does it matter? It’s a poetry reading. We all have secrets.

In one of James’ poems, He says,

All movies suck. Which ones are good?
The ones that are good, even they are no good.
You have to like no-good movies to like movies.

This is the same for love, for sex, for people, for poetry.

"And after all, only Whitman and Crane and Williams, of the American poets, are better than the movies.” – Frank [O’Hara]

Everyone loves the poor artists. Has their opinions on rich ones. Celebrate popular culture, pop-poetry, viral verses, status stanzas. Or they want to until the mask comes off. And the poets’ problems are the people.

Art is love. Love is a poem that does many things. I don’t laugh at her anymore because I am understood by it.

Sometimes, I don’t want to be the me in the pages of my poetry. He is unread. He is unfelt, becoming silent language, a collection of dust.

Donald Vincent teaches in the Writing, Literature, and Publishing Department at Emerson College, where he received his MFA in Creative Writing. He is the creator of Mr. Hip Presents, a reading series that infuses poetry, spoken word, and jazz features in art galleries throughout Boston. His poems appear in Black Heart Magazine, Poetry Quarterly, Stone Highway Review, and elsewhere. He enjoys Instagram, organic foods, and the ballet.