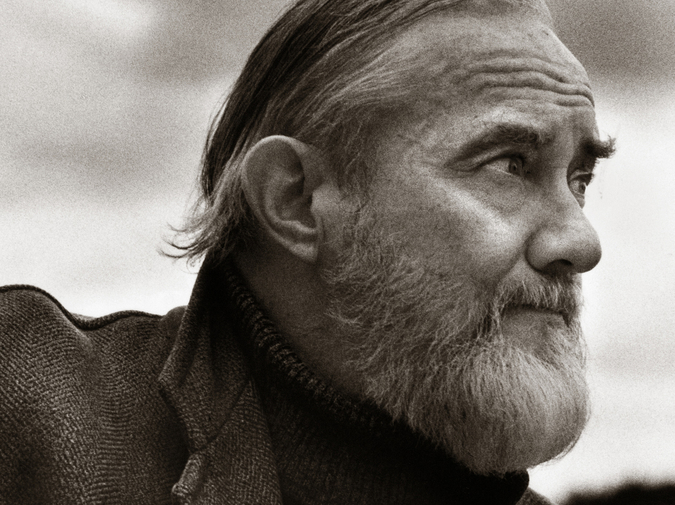 Two thousand nine is the centennial year of Malcolm Lowry, the British novelist and poet, whose extraordinary novel Under the Volcano appeared in 1947. Lowry’s first version of it was a loosely constructed story about Britons who witness a violent crime in Mexico. Over ten years, much of it spent in a series of shanties on a beach in British Columbia, Lowry worked it into one of the great novels of the twentieth century. For many readers it ranks with the best work of Joyce, Conrad, and Hemingway. Without question Lowry was one of the writers whose work possessed the elegance and insight to define its time. In fact, the work of artists like Lowry does more than represent the era in which it was composed. When we call their work “defining,” we recognize that to a degree it is the era, a historical act within it, an aspect of its consciousness and conscience.

Under the Volcano was rejected by twelve different publishers before being accepted by Reynal & Hitchcock in New York s and Jonathan Cape in London. It was Malcolm Lowry’s second published novel and the last he lived to see in print. All of Lowry’s writing had an element of the surreal, furthered by its psychological intensity and maybe by Lowry’s regular intoxication. It was autobiographical at the same time, and his life was adventurous. While still a schoolboy he shipped as an ordinary seaman to the Far East, an upper-middle-class youth from a world quite different from that of his shipmates. Before entering Cambridge University he went to sea again, as a stoker aboard a Norwegian freighter. So long as his youthful energy lasted, he was an avid traveler. Later, as alcoholism overtook him, he might better be described as a wanderer.

Lowry was born in 1909 in Cheshire, the son of a well-off cotton broker. He began taking his own writing seriously in boarding school. From adolescence, it seems, Lowry had the duties of a writer thrust upon him. In 1929, before most people thought of writing as something in which someone might take instruction, he went to Cambridge, Massachusetts, to study with Conrad Aiken, the American poet and novelist. It might not have worked; one good writer does not always have much to say to another. Lowry went because he had read Aiken’s Blue Voyage and been struck with admiration for it. Sometimes it does work, though, and Lowry’s instinct was sound. He spent the summer with the Aikens and they became lifelong friends. In 1933 he published Ultramarine, his first novel—lyrical, a bit rich, and influenced by Aiken, but giving promise of an extraordinary career. It would be twenty-four years before he published another.

At Cambridge his writing had impressed his fellow undergraduates as well as his teachers. He developed an interest in music and became an accomplished jazz guitarist. During his university years he discovered cinema, and he knew movies backwards and forwards. His work showed it—in the witty references to film titles and in his storytelling method. The influence was an enhancement in Lowry’s case. If his fortunes had been a little different, he might have ended up in Hollywood like any number of other literary Englishmen of the period. His second wife, Margerie Bonner, was an aspiring film actress, and she collaborated with him in writing an uncommissioned, finally unfinished screenplay for F. Scott Fitzgerald’s Tender Is the Night. It’s a bit of a mystery what led him to try this. His own work might have told him that it was impossible.

No less a director than John Huston established, in his 1984 film of Under the Volcano, that a collaboration between himself, Chekhov, and Shakespeare had not the remotest chance of rendering into moving pictures such a dense skein of gorgeous language, with its echoes, unconscious and conscious rhymes, considered dissonances, double and triple associations. Nor could it present Lowry’s high and low references to just about every level of expression in English or the psychological intensity of the longing, the silent struggle with despair, it depicts. As the pros say in the picture business, How do you photograph that?

When people talk about Lowry, the first thing they talk about is his second novel. The next thing they mention is his alcoholism. Sometimes it’s the other way around. We can speculate that in a not uncommon irony it was his hunger for experience, for life more abundant, that drove him to addiction. It’s no surprise that experience failed him. Let’s say his own experience did not speak well for the writing life. It taught him about suffering. He got to see a lot of the world, and he got to see the inside of a couple of dipso wards — the next institution he passed time in after graduating from Cambridge University, in 1932, was Bellevue Hospital, in New York, in 1936, and this was not his last time in a hospital drying out. He was destined to endure the humiliations of the addict.

Not long after hitting the street again, he began a novel, never published, never really finished, with the disturbing and beautifully resonant title Lunar Caustic. Lowry used some of it in Under the Volcano. It says something about the level of his confidence—away from the writing table—that he believed Charles Jackson’s The Lost Weekend (not a bad book at all) had obviated his work and wrote that author to say so.

Writers with problems like Lowry’s sometimes produce work that is narcissistic and entirely self-referential. In Under the Volcano Lowry used the grim experiences he had gone through to express his love for the world. He applied his considerable learning and generosity of spirit to a hundred things beyond his own despair, even if the experience of despair informs it. The book addresses a universe containing far more than himself, and the characters are much more than aspects of Lowry, though of course they are that also. It is full of politics. There are many references to the Spanish Civil War and the rise of fascism, which plays a considerable part in the story. There are his characters’ reflections on world war, his own rejection of communism, and the acceptance of a truth embodied in a phrase that occurs again and again in the novel: “No se puede vivir sin amor.” One cannot live without love.

As Auden wrote, “Time loves language.” It forgives much in exchange, he says. So we pardon Lowry his unhappy life. The alcohol was bad luck. He believed that the experience of life was a labyrinth at the heart of which identity dwelled, and he lost himself in his own darkness.

A version of this essay appears in The Eye You See With: Selection Nonfiction (Houghton Mifflin Harcourt, 2020).

ROBERT STONE (1937–2015) was the acclaimed author of eight novels and two story collections, including Dog Soldiers, winner of the National Book Award, and Bear and His Daughter, a finalist for the Pulitzer Prize. His memoir, Prime Green, was published in 2007.