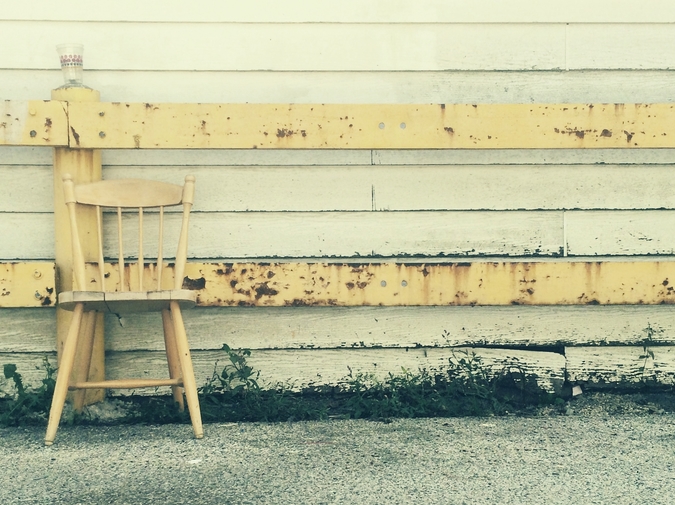 I made a living selling faulty barbecue equipment to recovering alcoholics. Which put me at this meeting where I met Kim. Kim wasn’t a looker, she’d been broken down by the booze, but she had a taste for Mogen David Blackberry and we’d get lit on the breaks and she’d stick her tongue up my ass until I had to beg her to stop.

Now, you can jump back on the wagon anytime you want, but once you’ve had a world-class rim job, you’ll never go back to life without. So at our third meeting I handed in my coins and said goodbye to all my friends to give my asshole the life I thought it deserved.

Kim had a boy named Belvedere who drove a snowmobile, a real sexual prowler, I’d discover, who got away with murder on account of his low serotonin levels. The second time I caught Belvedere fondling Kim’s breasts, grunting through a paper kazoo, I threatened to cut off his hands.

But Kim said it wasn’t his fault. The father had shellshock, he’d taken a bomb to the head, etc. He was the one who’d bought Belvedere that snowmobile with his disability check.

It was Coral Gables, for Christ’s sake, not Lake Tahoe.

Anyway, my verve suffered when I gave up AA. I was losing touch with my fan base. So when Kim asked me to move in, foolishly I agreed.

It was all ok for a while. I made barbecues for Kim and Belvedere. When Belvedere’s birthday came—he was twenty-eight—I bought him a set of magnetic badminton rackets and birdies. No matter how wildly you swatted those sonsofbitches, the magnetic noses homed back in on the magnets in the strings. It was marvelous. Belvedere went through the screen door twice. But at least he wasn’t feeling up Kim anymore. That was my job now.

It was no surprise that Kim was a sick filly in the sack, a depraved cougar with a host of sexually unpalatable requirements. Like allowing Belvedere to watch while she reamed me in the ass with a Billy Jean King II Dildo and I came in Kim’s eyes and up her nose. No kidding. In three months living with Kim I felt like I’d lived a decade in Mercy Hospital’s alcohol and nut ward. I was disgusted with myself and just wanted to go back to selling bad grills to juice hounds. My own dick and balls and asshole were ashamed of what I’d done.

Kim said she was ok with me leaving, though it was a pity, seeing how well Belvedere and me got along.

Inside, I knew it was just a matter of time before Belvedere pulled Kim’s mud flaps off and used them for a ski mask. I was glad to be getting the hell out. It was a Sunday night when I spilled the beans. Belvedere was out on the patio swatting at his magnetic birdies. Kim had just finished giving me another banana pudding enema. She’d swilled five lifetimes of junk out of my scrotum in just six short months. I was shaking and protein-deficient but firm about getting out. We settled on Friday for my big send-off. My birthday was coming up on Friday, and Friday just happened to be our six-month anniversary. Kim told me to stick around so she could bake me a cake, and foolishly I agreed.

I shook Belvedere’s hand just before he went. I told him I’d miss him, which was absolutely a lie. If I ever saw Belvedere getting mauled by a lion at the supermarket, I’d deny him like Peter denied Jesus. I reminded Belvedere to take care of his magnetic badminton rackets though. If he did, I said, they’d give him a lifetime of use and enjoyability. Then I shut the door.

Lo and behold, Kim was already naked. She was a petite girl but she had a well-rounded ass, firm and heart-shaped. A little on the large side. She’d left on just a tight white sleeveless T. My dick was peeled and red from pandering to Kim’s fiendish whimsies, but I felt myself getting rock hard to the point that I knew I might really end up in the hospital after this.

If only I knew.

Kim brought out the birthday cake, a fudge and angel cake job she’d baked herself. I loved angel cake. She laid it down on the counter and peeled the sleeveless shirt off.

Well, I thought, this is it. Kim is going to have me fuck the cake and then lick it off my dick and balls. Or maybe she’s going to stick a hunk of it up my ass and then have me shit it back out at her. Which explained why there were no birthday candles on there.

I was naked but for my undershirt when Kim mounted the kitchen counter. She seemed to be getting ready to squat on my birthday cake, her hairy pink apricot flirting with the fudge icing. She extended her ass and there was the puckering madness, that asshole a Hemingway uppercut could have vanished inside. She peeled back her mud flaps and squeezed out a cheese farm.

I reeled back. Not even Belvedere, the sick fuck, could let rip like that.

“It’s a cake fart,” Kim said, shaking her fudge-lined caboose. “I thought you’d like it.” She lowered her mud flaps directly into the fudge. Pressed down, lifted, pressed down again. Her anus extended like a little pink turtle, wrinkled and a thousand years old. She let loose again.

I swear on the holy Bible they had me hold up in court three months later, it was the sexiest thing I’d witnessed since Kim had anus-rocketed a pack of golf balls at Pat Sajack, who happened to live three doors down.

By now the sick life I’d cultivated with Kim over the months had me beat all over again and I wanted nothing less than to stick my tongue inside Kim’s mud flaps while she cake-farted.

“You bet,” I said, putting out my tongue.

My voice came out funny, like Donald Duck. “Pwease,” I said. “Wha?”

I realized with a start that I was actually talking to Kim’s asshole. Kim was talking to the patio door, all glass, with a solid view of downtown Coral Gables. Did I mention we were on the forty-ninth floor?

I remembered dimly selling a Gas Master 500 with two off buttons to a Gabor at an AA meting in Punta Gorda. But it was such a long time ago. Could it have been? I’d never even thought to ask Kim’s last name. All of sudden, Kim’s anus let go of my tongue.

“Yes,” Kim said. “Zsa Zsa Gabor. She was my mother, who was also Belvedere’s mother.”

Kim let loose with a cold-blooded strafe that jerked me around like a straw-filled puppet. Fut fut fut fabreeze. Then it was a long floooze. Then the genuine article. A Cleveland Steamer right on top of my cake.

“You’re trying to kill me,” I managed to say.

She wasn’t. Not yet. Because it was then that she really turned on the gas. I looked around in a daze. The windows were all closed, the vents shut. Kim had piled wet towels under the doors, the crafty bitch. I was already feeling light-headed. Unable to cope. There was an unhealthy tingling in my fingertips. My cock hung like a stepped-on garden hose.

But then a ray of hope.

Belvedere’s magnetic badminton birdies! He’d forgotten to take them to Widow Marcellis, the ungrateful twit. They were right there on the counter next to the range. If I could just—

I staggered forward and lodged the birdie snugly inside Kim’s wheezed-out mud hole. The magnetic head latched onto something, maybe the pans hanging over Kim’s head, and that was it. She couldn’t pull it out.

And she couldn’t stop the cake farts either. It was only a matter of a minute before she was saturated. Her head dropped and her ass stopped flapping. Death by methane poisoning.

Well, when the cops arrived, and Belvedere was yowling in his room under the bed, I told them the whole sick story. I swore on the King James Bible before the bailiff, but somehow, in this great free country of ours where a man can make a good income foisting non-functional barbecue equipment on unsuspecting alcoholics, no one believed in any such thing as a cake fart.

Well into her third decade as an exotic dancer at the Panorama Club in Dade County Florida, KT Pinker left it all behind to enroll in an online bounty hunting course at Fortis College in Miami. At that time her Toyota Celica was repossessed and she was forced to give up her dreams of bounty hunting and move back in with “Mr. Ted.” She financed a carpet cleaning service that failed abruptly, then moved into the equivalent of the sub-prime mortgage market for Eastern European mail order brides. These days Pinker is unemployed and writing dirty stories. "Mud Hustler" is her first published piece.