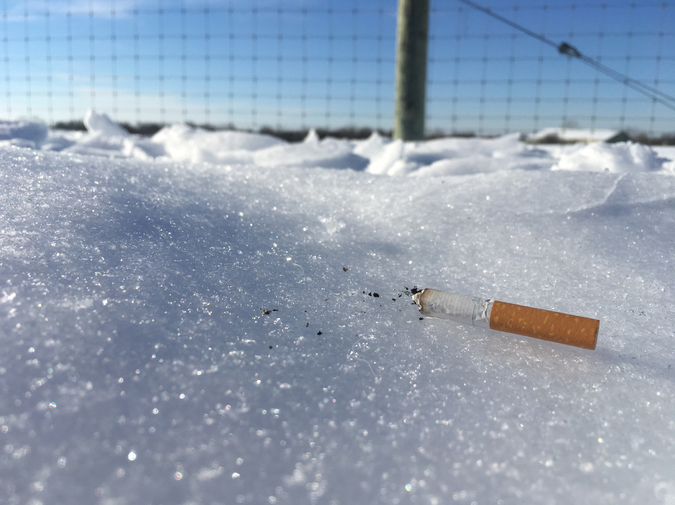 The poet asked about my titles. His, he said, were language driven. Accidental Borscht, Quiet Dad You’ll Hear Me, James Bond Rap Video, Beyond Beyond Beyond.

He was disappointed I only spoke English.

I told him, he didn’t tell me, his reading told me, and after the reading, we did what he said.

Chicken, wine. A parsley stuck in his tooth, festering all evening, flapping while he spoke about the art he was making, and the friends he could not seem to make. The parsley leaf gathered a kind of rot I can only remember from the mouth of a Pre-calc teacher in high school, whose breath used to smell like feces left to balloon in septic water. I slept with him anyway.

“I was just thinking about you,” he emailed, a week later. “I’m rereading The Bell Jar.”

The poet was prolific. Publications, interviews. Awards. To fall asleep, I counted how many literary lists he must be on.

Each of his thoughts augured its own compartment, packaged by thought editors, shipped out by thought magazines, read by the reading, thinking compartmentalizing public. He had a lot of thoughts.

The mother of the kids I babysat kept calling me a rockstar. “What a rockstar,” she said, when I picked her kids up from Hebrew school.

I couldn’t stop looking myself up on the Internet, and clicking through the image results. My feelings, I felt, were all that I had ever had going on.

While the poet was up north making art, the city got cold. I wanted to sleep with someone I could look up to. I texted the phone number printed on his business card.

The poet looked concerned. “I don’t know,” he told me, “A Tony doesn’t go with a Linda.”

I hoped the poet was in love with me. Rather, I hoped he was blind with his love for me. How would wedding vows sound if penned by a poet? Would they be accessible to our guests?

In bed, I noticed his penis had a rough underside, a scabby feeling. Is it a wound, I wondered. I asked the poet: “Is it a wound?”

“I’m clean,” he snapped, pulling up his boxers.

What’s important about talking to other people is to remember that no one is interested in what you’re saying. Better to locate a scabbiness you can love on your own time, and shut up about it. Keep a secret with someone else’s body. A rough underside, some place to love best.

I made macaroni for the children whom I was raising. They ate the macaroni while watching a movie they had each seen a dozen times. I asked if they would like me to read aloud from the books I had taken out of the library for them. They shook their heads no.

Post bedtime, I sat in the kitchen and ate the macaroni they didn’t, sucked dry their juice boxes. I opened my own juice box, and sucked it. Then I sucked at another one.

I examined the drawings on the refrigerator. This is me, this is my mom, this is my babysitter, we go places. Together, apart.

I texted the poet a picture of Sylvia Plath in lingerie. He didn’t respond.

Eventually, Tony waddled out of his room to ask if I would play sleepover with him. Sleepover was an activity that involved lying on the rug together and talking about when we were young.

“When I was young,” said the four year old, “I wanted a glass of water when it was nap and my dad came in and him said: I don’t love you anymore. Don’t come back. And I didn’t, ever.”

Sonia Feigelson is an MFA candidate in Fiction at NYU. Her work can be seen in or is forthcoming from the Los Angeles Review, Passages North, Whiskey Island, Split Lip Magazine, Two Serious Ladies, and Burrow Press Review, among others. Most recently, she was awarded third prize in Glimmer Train's Short Story Award for New Writers. http://www.twitter.com/FeigelsonSonia.