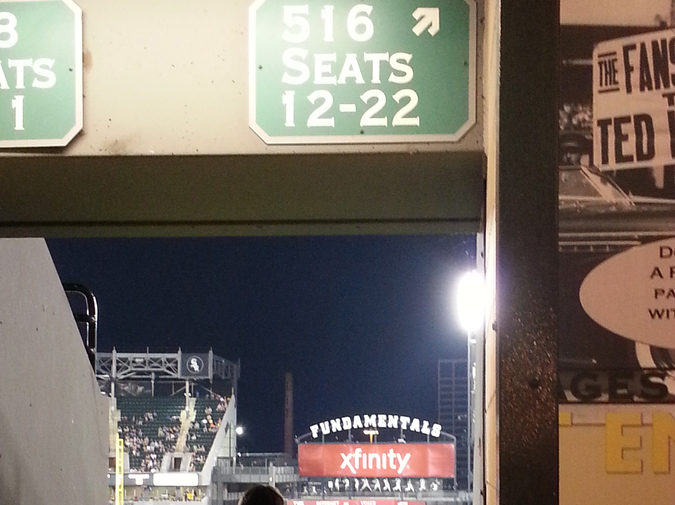 Here in Philadelphia, there’s a comfortable familiarity in the air, a sense of impending mediocrity to which every lifelong Phillies fan has grown accustomed. The bandwagon is empty, the ride over. Call it denial or call it acceptance, but I’m OK with this feeling of moving into what looks like a hopeless season. When I was a kid, you could get a free ticket in a pack of Phillies Franks hot dogs. There were only a few games to choose from—I think I saw the Expos and Brewers that way—but the offer spoke to difficulty of filling the seats at Veteran’s Stadium. More recently, I’ve pretty much stopped going to games. Tickets for Citizens Bank Park became tough to come by for a few years there (circa 2008) and even now that they’re available again they remain absurdly expensive. The idle time between the Ides of March and Opening Day makes it possible to believe that the Phillies can win it all again this year—they can, and will. Here’s the thing, though: the point of baseball isn’t to win the World Series. Maybe that sounds heretical. It happens to be true. The point of baseball, for me, is to occasionally take three hours out of my busy schedule and sit in the stands or on the back porch, to watch someone other than myself running in circles, feeling safe at home.

Instead of daydreaming about a parade down Broad St. in October, I’ve come up with some changes I’d like to suggest.

1. Play Afternoon Games. Every Day.
There must be an afternoon game played every single day of the summer. And it should be streamed online for free. Every cubicle farmer and stay-at-home father would welcome the distraction and it could help build an even larger international audience.

2. End Post-Season Games Earlier.
I know this is unlikely because of the almighty advertising dollars at stake, but ending World Series games after midnight EST is stupid and shortsighted. There are enough reasons for younger fans to embrace other activities. Little wonder that video gaming has taken over as our national past time.

3. End Interleague Play.
It was a fun novelty for a few years, but it’s time to end it and to go back to separate umpiring crews in the NL and AL. The All-Star Game and World Series should be big events again. They’ve become stale and devalued, though some of that is due to the television production itself. Those games can and should mean something again to non-fans as well as to those of us who love the game.

5. Take the Managers and Coaches Out of those Jerseys.
Seriously.

6. Establish Youth Academies.
Every Major League teams should establish a youth baseball academy in their home city, preferably one that serves boys and girls in underprivileged communities. They can be athletic and educational partnerships that fulfill some of the needs not being met by many public school systems.

7. Use Salary Caps.
Minimum and maximum. Every team and equal shot at winning it all.

8. Create a Bonus Roster Spot.
Every team should have a 26th roster spot available to a 10/5 player from its own franchise or any player with 15 years of major-league playing time. Give us the opportunity to see a Jim Thome or Ryan Howard go out in style and without costing an up-and-coming player a spot. Maybe this roster spot could also be except from my proposed salary cap.

9. Maintain the Traditional Pace of the Game.
Watching a baseball game, or listening to it on the radio, is the best possible escape from the workaday world. It’s never going to be NASCAR or the UFC and it shouldn’t be. Take it easy. Sit back. Relax.

Andrew Ervin is the author of a collection of novellas, Extraordinary Renditions. His debut novel, Burning Down George Orwell's House, will be published next year by Soho Press.