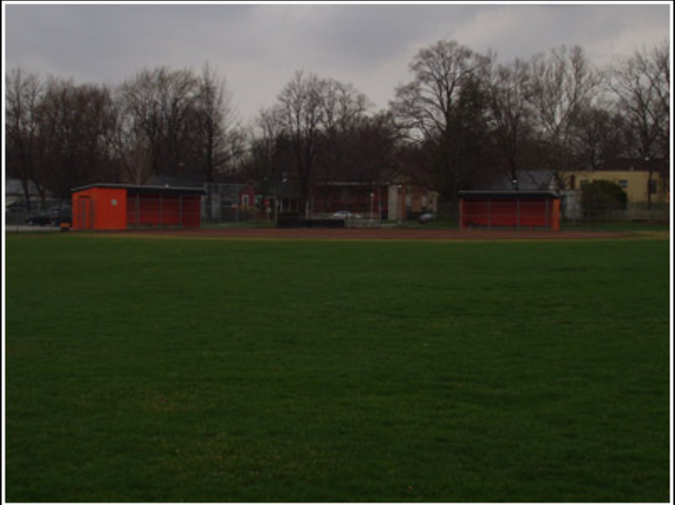 There he was in the dugout crying.

All the guys were on the field. They were slugging it out because what were they supposed to do? Clint got beamed in the small and Gary charged from the circle. He was swinging with two bats and he dropped them and charged, but the pitch maybe was payback from when Walters in the third got knobbed, and, but, that was an accident.

You know who likes tequila is Mendez and Julio. But they were out on the field with all the other guys punching the Hawks. Rogers didn't care for the hard stuff, but will enjoy a cold beer occasionally.

Those tears stang. It was okay, though, mostly, since the guys out on the field were oblivious. But it was hard to see to pitch to shrunken strike zones through water blurred vision so he didn't want the fight ending soon. He thought it would be fine if it went on for a while, till he got the pain with the thing under control. He thought maybe if he went out and fought with the guys he would feel sort of better.

But it was too late anyway, because you have to charge out there with a degree of abandonment. The most charge he could muster would be on his Visa or MasterCard for a chicken bucket after the game. He smiled at this joke and about chicken but he was still crying in the dugout, and his eyes and cheeks were wet.

Visa or MasterCard, shucks, well that's too stupid even for stupid.

He thought he would have a little bit of the tequila to drink.

He got up and took the bottle and looked up and thanked the man.

The man saw the tears and cocked his head. A flash of concern darkened his face and passed.

Snapped to, the man tapped his buddy's arm and said, Whoa Rogers is going to drink the tequila! His buddy was occupied by the fight on the field as it wound down.

The players had been flailing in a pile of fists and elbows, a swirl of dirt kicked up from the base line, but now most of them were standing up and patting their chests and going, Wow man, it's cool, be cool, real cool.

Rogers took a quick sip and choked. When the guys get back to the dugout and ask how come he is crying he can point to the tequila and smile and hold up his hands and shrug. Cough, pat his own chest. It's the tequila, hey, the tequila.

A sip isn't a fistfight, isn't as bad, isn't crying in the dugout, is a sip.

Adam Robinson is a playwright, guitarist, and the founder of Publishing Genius Press. His first book of poetry, ADAM ROBISON AND OTHER POEMS, will be released by Narrow House Press in July 2009. He lives in Baltimore but finds himself unable to root for the Orioles, still holding on with his beloved Brewers post-Sabathia.