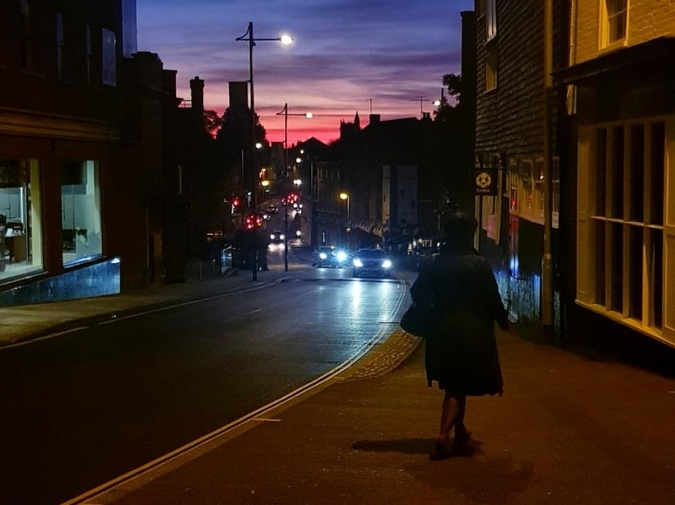 You're having big feelings lately, unwillingly. You keep hearing “You can’t live like this forever”, but you know yourself. You could be unhappy indefinitely.

You don’t say that though. You know the right things to say.

Recently, you know less. Questions are getting harder to answer. You find yourself crying on the phone to your manager, telling them you don’t know if you’re in an emotionally abusive relationship or not. That probably deserves certainty.

You could be definitely miserable and make the most of it, but this is new. You’d rather be unhappy than uncertain. The friends you rely on to say “Don't worry about it!” are worried.

You lost your direction and somehow the breakup became a break. It’s been a week and you don’t know which way is down. You’re doing okay on your own, but you’re not sure if that’s right or not. There’s a gig tonight, and you don’t have to ask permission to go.

Except you can feel how much energy it takes to insist things are fine, and knowing you’ll be tired soon is as bad as feeling tired. As you consider leaving, you hear the best support act make the show their own. They know your melancholy, but something on the pedalboard transforms it into energetic hope.

You’ve forgotten you’re too cool to dance at shows. Fortunately, so has everyone else. You’re all grinning to “Grit my teeth and just wait it out”. They’re mending your hearts and breaking the venue, but that’s okay, they'll improvise an acapella set until the power comes back. You’re actively having fun again.

The thought “I’d probably enjoy this more if I wasn’t going through a really bad breakup” flashes into your head. You finally know what’s happening. You have permission to feel your feelings. That alone is enough to lessen them. It’s only the start of a long, hard journey, but god, at least you’re moving. Better a rough walk than starving by the crossroads. You buy some merch to wear when you’re single.

Pair with a drink:

Whatever’s under a fiver at the beautifully grotty venue’s bar. Serve in a plastic cup, accept that it’s going to be spilt. Enjoy the arc. Watch the splatter.

Alex Russell is doing better now. He only tweets at @alexrussellisok sporadically because he's spending most of his time on www.placeholderpress.co.uk.