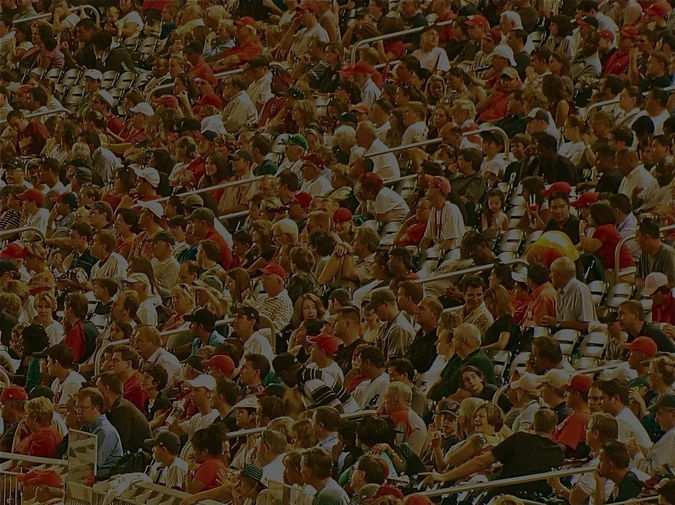 In 1963 I was fifteen and
the world was still an
innocent place.
Bleacher seats in Forbes Field
went for 1.25.
Three of us went that afternoon
to watch the Pirates play, I
think it was Milwaukee.
Many of the greats from the '61 team
Still took the field
Celia, Mary Jane and I were there for
another game on the field of dreams.
Mary Jane's cousin in Detroit
Was going steady with a boy she met
at a baseball game.

So, we climbed up to
the bleachers in time for
opening pitch;
then began our inning
with a series of walks
No runs.
Up and down
moving onto metal benches
when shared nods and giggles
among us confirmed
Interesting prey.
By the fifth inning
We had scored some conversation
but the boys kept returning
their attention to the game
so we moved on
By the seventh stretch
We gave up.
Detroit fans were obviously not as devoted as
Pittsburgh boys.

Joan Leotta has been playing with words through writing and performing since childhood. Her "motto" is "encouraging words through pen and performance." Her award-winning poetry, short stories, books and articles have appeared in many journals, magazines and newspapers. She has work forthcoming in Tema, Knox Literary Magazine, and Eastern Iowa Review. She performs folklore and one-woman shows on historic figures in schools libraries, museums and at festivals. Joan lives in Calabash, NC with husband Joe. She still roots for the Pittsburgh Pirates.

You can learn more about her work and reach her through www.joanleotta.wordpress.com.