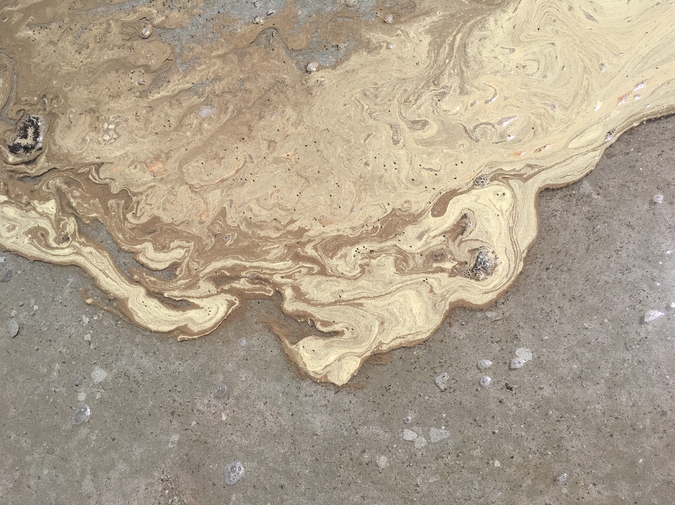 When the estate agent arrived I was asleep. I thought about not letting them in. They knocked on the door three times. But I knew that my brother would be pissed if I did not let them in. So I went downstairs and opened the door.

The estate agent was tall and thin and young. Maybe younger than me. He was wearing a suit. His car was parked where the boy and girl’s car was parked before. Inside, the television said: a combined formula of seventeen ingredients designed to combat ageing in normal skin.

I didn’t say anything for a long time.

‘For the valuation,’ he said.

‘I do not know any Marcuses,’ I said.

‘That is the company name. That is not my name.’

‘I think you have the wrong address,’ I said.

Inside I followed him while he walked around the house. He valued the downstairs first. He had a small iPad which he used to take photographs and tap information into. In the living room he knelt down and touched a small electronic box against the skirting board. Something lit up red on his electronic box.

We walked into the kitchen. It smelt more of tobacco and cannabis smoke than the rest of the house. There were ashtrays and empty alcohol containers on the counters. Small spillages. He didn’t notice, or pretended not to notice. I got a cold beer out of the expensive fridge.

‘Do people get the fridge when they buy a house? Or do you have to bring your own fridge?’

‘Usually people will bring their own fridge,’ he said.

‘I am not going to write that,’ he said.

‘You know there’s a housing crisis?’ I said.

He didn’t say anything. He just took more photos on the iPad.

‘This could be a bedroom,’ he said, in my father’s study. I had barely been in there. It was dark because the curtains were closed. There were piles of papers and an empty ashtray on his large dark wood desk.

My parents had converted my brother’s bedroom into my mother’s study. They’d left my bedroom as-was. I never knew if I should be offended about that or pleased about it. Probably they didn’t think about it the way I thought about it.

‘This is your bedroom?’ he said, in my bedroom.

‘Nothing,’ I said, and took a long drink from the beer.

‘And there’s a third floor?’ he said.

‘Look,’ he said, ‘I know selling a house is an emotional time. Especially if it was your childhood home.’ He gestured around the bedroom.

‘Bullshit,’ I said. My head hurt from hitting the wall and then the floor when I fell. ‘I got a couple of good ones in. In the melee.’

‘And he said the house was not clean,’ said my brother’s wife, who was on the phone too somehow. ‘Fucking Jesus,’ she said. ‘Fucking Jesus. I am so angry. What the fuck have you been doing this whole time?’

‘What the fuck have you been doing this whole time?’ she said.

Gabriel Smith is twenty four and very handsome. He is from London but lives on the Greek island of Naxos. His work has appeared in New York Tyrant Magazine, Hobart Pulp, the Barely South Review, and Thought Catalog. He was awarded The Moth Magazine's 2019 bursary, and was shortlisted for the 2019 Winston Fletcher award. The above is an extract from his first novel, tentatively titled 'Dead Parents', which he expects to be finished by Spring 2020.