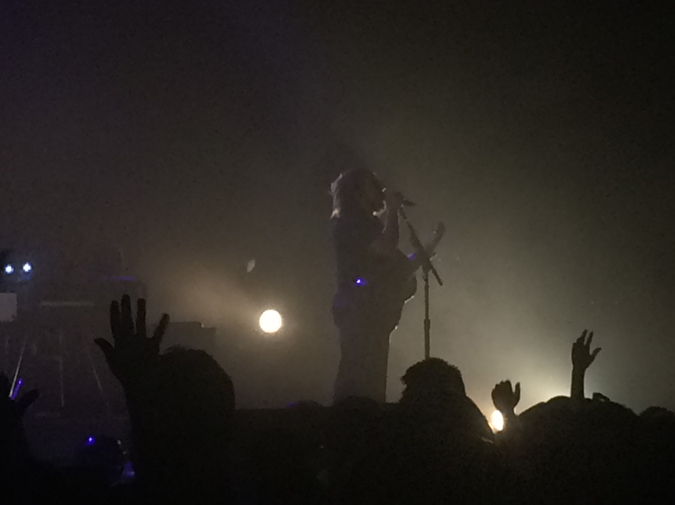 I step off the MARC train into Baltimore’s Penn Station and without asking, my feet carry me just as they have dozens of times before: up the stairs, past the pew-like benches, through the rotating door and into gleaming(!) early evening sun. Several Charles Street blocks later, I realize I’m walking the way I did back then: briskly, late for work, complimentary coffee from my then girlfriend’s luxury apartment clutched in my hand. It’s been about a year and 12 hours since I’ve last made this trip, a revelation which should bring solace—I’m meeting a friend for drinks and a Friday night concert; work is days, a train ride and a major city away.

I catch up with Owen in the dimly lit basement of The Brewer’s Art, where he knows the server by beard and the names on the draft list by heart. My French fry pauses mid aioli dip when Kevin Morby’s “City Music” comes on, the steady drumbeat crisscrossing through the social circuitry of this place, off pint glasses and into conversations. It is Kevin Morby that I’ve come to see, and in an hour he takes the stage: we’ve got time, onto the next bar. Owen and I talk about the workplace where he remained after I left, about grad school, about girlfriends, about our respective cities, about time.

Two hours later, I sway to the same drumbeat, this time live, this time my motion half faltering rhythm, half byproduct of the ascending list of beers consumed. Towards the end of the set, my favorite song from the album chokes through the speakers. “I… have loved many faces, many places/ All aboard my train… but depart at different stations.” Morby’s countenance is stoic, but as he sing-talks into the mic, he conjures old careers, apartments, routines, romances--the kind of world wrought by a man who makes his living from 10-11:30 every night.

He’s speaking to me, and I shakily raise my glass in acknowledgment. The beer I’m drinking, I determine as it hovers above my face, is very good. To memorialize this I attempt to take a picture, inadvertently setting off the flash and earning a roomful of hipster eyerolls. The next day, the photo is blurry, not unlike the sequence of the setlist or Owen’s remarks about Baltimore politics. Leaning against the southbound train’s window, I swallow two Advil and decide that Kevin Morby would be all right with that.

Sean O'Neill is a law student in Washington, DC, where he procrastinates by writing gratuitous Yelp reviews at https://seanponeill.yelp.com. This summer he hopes to publish a collection of poems written mostly about and entirely by coffee.