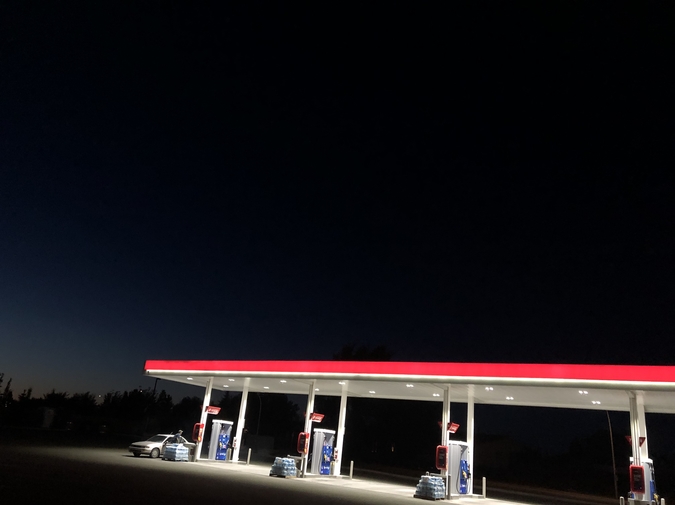 The difference between sorrow and anger, for me at least, is that one puts me in the mood to sing and the other does not. Usually, the answer is karaoke—bad karaoke, the kind of karaoke that people sing when they can’t afford decent therapy. Open mic, meet open wound.

Yesterday, he told me he’d started seeing someone else, and the last girl I kissed before I moved across the country sent me a text telling me she’d been in a bus accident.

Tonight, I’m singing on stage for the first time in four years, wearing a dress I bought yesterday and socks that go up to my knees to cover up most of the spots I cut my legs shaving. These kinds of cuts, they always bleed more than they hurt, and leave patchy little scabs. I don’t want to spend all night insisting that it hadn’t hurt.

Tonight, I’m singing on stage with an opera singer a decade my senior who consistently gets asked what high school she goes to, and a synth musician who falls in and out of love so quickly that she’s never been able to manage writing a story longer than six pages. The last song in our set is the last song from this EP. I’ve never been to Ketchum, Idaho: I am never anywhere, anywhere I go.

Tonight, I’m singing on stage, and it is not karaoke. I’ll have to let you know whether it ends up being bad, or therapeutic, or both.

Brittney Hubley is a graduate student at the University of Toronto. She cries easily, cares deeply about ice hockey, and tries to read more than she writes. Her favourite poem is Frank O’Hara’s "Ode on Necrophilia," which she hopes says more about her taste in poetry than her taste in partners. You can find her recent work in publications such as Poetry Is Dead, Glass Buffalo Magazine, and Hart House Review, and her even more recent work on twitter @who_blee.