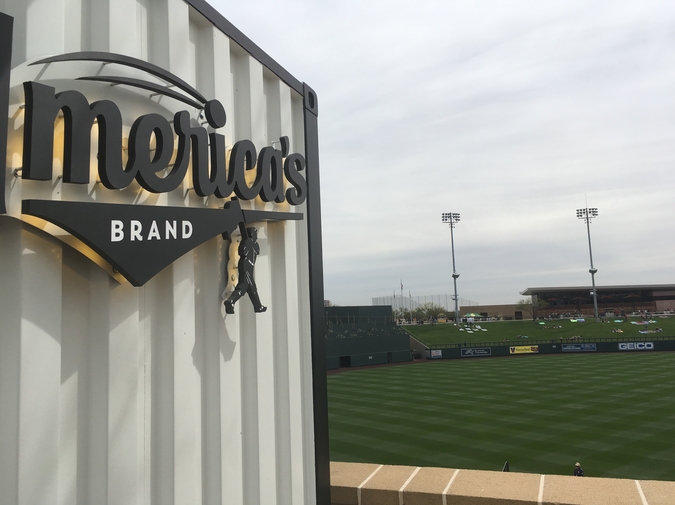 I learned about Big League Chew before I knew anything about baseball. Immediately, I was jealous of the daring, unconventional packaging, the caricature of a ball player on the front, the way that it came in shreds instead of neatly-wrapped rectangles. Wrigley had put out a study claiming that gum chewing increased performance on assessments and my elementary school took it as gospel, sending letters home asking for us to bring it on test days. Marshall brought Big League Chew.

It wasn’t the way I would learn to love it, in small white packets that took only three days to empty, flavored “Outta Here Original” or “Ground Ball Grape.” It was a massive, lime green bag that proved impossible to look away from when every other kid carried tiny packages of sugar-free sticks. I asked for a single shred. Marshall gave me it, and all through the test I savored the hint of green-apple mixed in with my bland sugar-free wad. After school I asked my mom to buy it, and she headed to Stop and Shop and got me a green packet of my own, which I savored for the entire run of standardized tests. To my nine-year-old self, it was a gift like no other.

My brother joined tee ball not long after, and through osmosis I learned the names of the positions and the difference between a strike and a ball. I would eventually attend a Yankees vs. Red Sox game at Fenway and watch all nine innings (the Yankees won). My father began to follow baseball when I was in middle school, and sick of the local rivalries, he decided to adopt the Toronto Blue Jays. I followed suit, since my grandfather was dead anyway and wouldn’t know I’d abandoned the Yankees.

I would eventually learn to love Little League in the way that only a profoundly unathletic girl could. I wandered the four fields behind the middle school with my headphones on, enjoying the chance to walk my dog and talk to spectators that were beyond willing to converse with me if it meant they could pet him. I went to eat hot dogs and candy from the concession stand, and to write short stories on my phone instead of watching my brother catch.

Still, there was a brief period of time when I didn’t know anything about baseball, before I learned that it could be enjoyed even if you never paid attention to the actual game. Then, at nine years old, I appreciated it solely because my brother came home from his games with white packets of Big League Chew, which I stole from the kitchen before he could protest.

Margaret Madole is a student from Connecticut who refuses to be reduced to a collection of nouns in a bio. Other people have described her as a writer, actress, dancer, violist, and girl scout. She prefers adjectives like eclectic, loud, enthusiastic, nerdy, and creative. Her work can be found in Parallax Online and is forthcoming in *82. Her brother plays Little League for the Oakland Athletics.