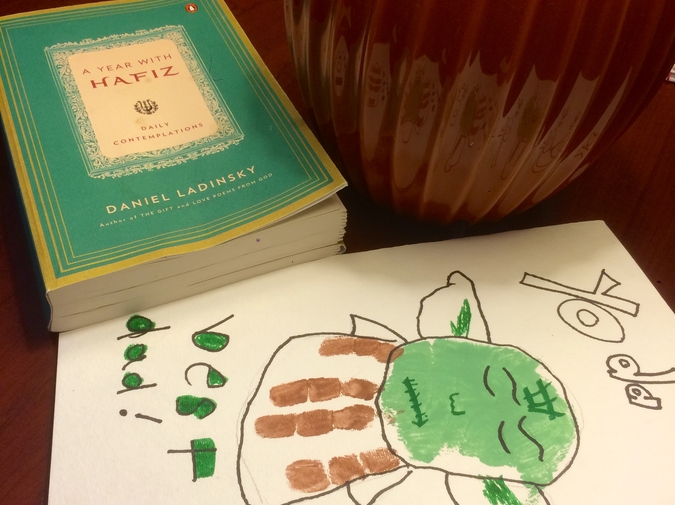 For four days in 1997 I was a beam of light. Fuck off if you don’t believe me: I lit shit up. Daniel Ladinsky says Hafiz says, “The oil in the lamp the sun burns come from forests you once were, from rich deposits you left [behind],” but he was probably speaking metaphorically. I was literally the embodiment of illumination. If someone opened up a Bible, I was the first thing that landed on the goddamned page.

It happened like this: I sold my soul to the devil, or I threw a penny in a well, or a witch put a hex on me, or I followed a white rabbit down a hole, or I wished on a falling star, or I blew out candles on a birthday cake that didn’t belong to me, or my old business partner Jacob Marley wanted to teach me a lesson, or a lovely lady was bringing up three lovely girls and all of them had hair of gold like their mother’s the youngest one with curls and there were four men who lived together but were all alone and one day they all met and moved into a big-ass house with Astroturf for grass and went to Hawaii for vacation and found a tiki doll and put it on a string as a good luck charm and that voodoo piece of black magic somehow found its way around my neck and bam: I was a beam of motherfucking light just shining on.

Four days of nothing but brilliant energy. Ever smoked meth? While on acid? Nursing a crack binge? Snorting coffee grounds like c’caine?

That’s what being light’s like. I think. Our words can’t get to the spot that light’s existence fills.

My friend says, “You should write a book about it?”

He says, “Bout being light.”

He stammers. Looks off. “I’m not much for books. But I might buy a copy and give it to my cousin’s son. He’s on the spectrum. A voracious reader. Has a crush on the librarian, even. She’s a gemini. Red hair. Fair complexion. Tabitha, I think her name is.”

But here’s the deal: I’m not writing that book. Not because it’s hard work, and not because I don’t want to, but because I’ve been to the alternative-reality future where that book exists, and nobody liked it, and for proof I’ve brought back a One-Star Goodreads review of that publication, which I will share with you now.

For starters, I got this book in a Goodreads giveaway, and I’d really like my money back. The Unbearable Lightness of Being Light is billed as a memoir, but I’d suggest it’s a memoir the way a pig’s asshole is a diamond ring or the way a bullet wound is a bouquet of flowers, which is to say: It sucks.

The author tries too hard to wow with his impressive diction, but in doing so, he often just lists synonyms for reasons I can’t quite discern.

For instance, check out this crap-ass sentence:

We get it. He talked too much.

I think the writer would be better suited to brick laying or penis scrubbing. I hope he never writes another word again and that his children can’t read and that their children don’t exist.

But I do hope the author has a happy life. Cheers!

My friend says, “On second thought, don’t write the book.”

“Not even my cousin’s son. And that boy reads everything.”

He says, “God is always there, beside the bed of the sick.”

But he also says, “The earth is a host that murders its guest.”

Argues the fish needs to say, “Something ain’t right about this camel ride.”

I say: I was a difficult beam of light once for four days in a September.

I say: Roll your eyes like they’re marbles, but I don’t care if you don’t believe me.

Brian Allen Carr lives in the Wild Horse Desert. His novel, Sip, is coming from SOHO in 2017.