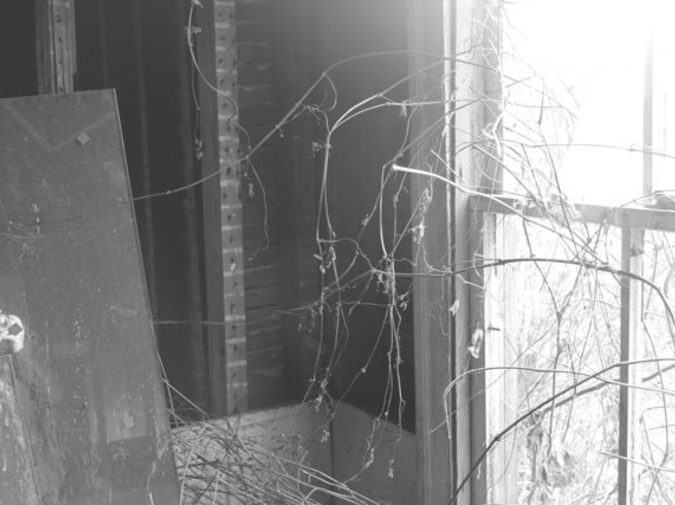 Things they never tell you when your husband leaves the planet:

It’ll happen faster in real-life than it does on TV. 10, 9, 8… A flash of orange and a shimmer of exhaust, and the shuttle is moving upward.  The last time you saw your husband, he was waving down at you and your son from the shuttle ramp. Head shaved onion-raw for the trip, shiny under the camera lights. You tried to note hesitancy, regret, in his walk, but you couldn’t find it, or you didn’t look hard enough, and now he’s gone. The shuttle is a white seagull sailing across the blue sky. The thunder of the engines and the firework-pop of the rockets roll over your viewing pad twenty seconds late, long after the shuttle disappeared.

For the first two weeks, you will keep the lights off in the evening, the shades drawn open. You say it’s because the moths are always drawn to the house and tear their wings against the metal screens in their quest for the lamp bulbs, but you know this isn’t the truth. You’re trying to place your husband in the constellations. Trying to identify the moving light that is his. You’ll wonder if you’re looking at your husband now, tiny to the point of invisibility, a piece of space-dust in the black. Watch your son make shadow puppets against the living room wall with his flashlight and fists. Wait for your eyes to adjust to the sudden light.

You read this on Wikipedia: A person can survive in space san-spacesuit for eight seconds. At nine seconds, the deoxygenated blood will reach the brain and the person will lose consciousness. At two minutes, blood boils from lack of air pressure, and organs burst. Wonder, does your husband know this? Wonder, if he did know, would he consider unlatching the shuttle door in the middle of the astronauts’ fabricated night, stepping out into the black vacuum of space? Bodies suspend in cocoon-like sleepbags in the cabin around him. For those eight seconds, for the stars tangling in his hair and catching in the corner of his eyes like gnats, for the feeling of skin-to-space, might death be worth it?

You’ll still see him, of course. It’s the twenty-first century and distance slows a relationship, but doesn’t sever it. Every week, you’ll see your husband’s face on Skype. His features are pixelated; when you hold the screen too close he dissolves into a hundred monochrome colors. Goodbye bike-accident scar. Goodbye grays hairs growing behind his ears.  Somehow the cabin surrounding him looks more real than he does, a wall of buttons, white panels. Scan it for signs of familiarity, a little bit of you.  Hello, earthlings, he’ll say in a guttural, fake-robot voice. You notice how natural it sounds on him.

Three months go by. You start to feel like your body is disappearing. The mattress has conformed to your shape, it doesn’t press against the angles of your hips anymore. In the close quarters of the shower, you breathe in your own breath, again and again. When was the last time you were touched? Take Polaroids of yourself, with the door locked, your kids downstairs watching television. Smile. Watch your figure form in the ink, tear it up just before it solidifies. Be afraid you’re a ghost.

When he returns to earth, six months later, he won’t be able to walk. Day by day in anti-gravity, his muscles have deteriorated, his bones hollowed. He leans against you; feel his hip bones grinding against your own, smell his neck like a clean lab table. Ask him questions, you’ll only know how to speak in questions. He’ll answer with words like incredible, amazing, breathtaking. But you can’t imagine an adjective. At home, your husband sits in the rocker on the front porch, eyes closed, and for a month, this is the only place he’ll sleep soundly. Admit to yourself that your body’s learned to sleep in bed alone.

Your husband will always tell stories about his time in space. Before your son’s first prom, he’ll tell the date, who waits awkwardly in the foyer in a blue sweetheart dress, how it feels to break the thermosphere. When you have grandchildren, his stories will change for them to include moon monsters and deep space battles. As your husband talks of space, expect to remember an earlier time. Before you knew each other. Before you knew anyone other than your parents. A time when you could make-believe space travel in a cardboard box in the backyard. You so wanted the cardboard box to come to life, to take flight. Wanted it with every inch of your being. One time, a breeze caught you, tumbled the box and your body over the hill and into the vegetable garden. You emerge, and you’re infuriated—not because you’re bruised and tumbled, but because for a moment the spaceship moved, and now you know it’s all pretend.