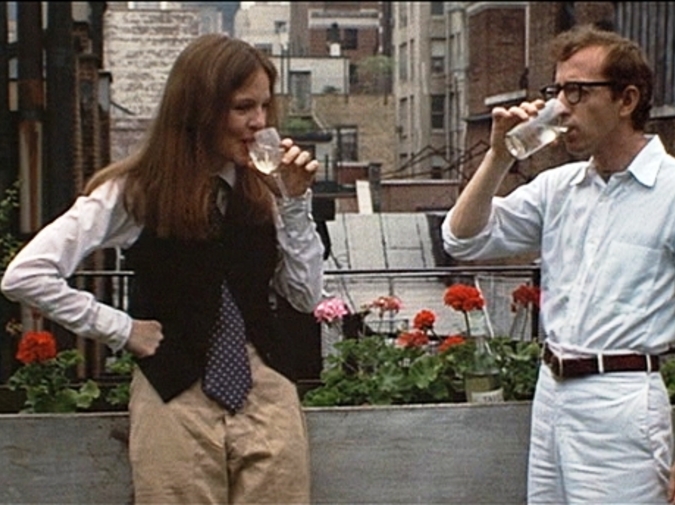 Although Woody Allen (Alvy Singer) might be the most adorable hipster on the face of the planet and I consider his writing/acting/directing to be rather perfect, somehow Diane Keaton (Annie Hall) manages to distract from the movie with her annoying “quirks”. I know she's supposed to be cute and different but honestly, I couldn’t help but to roll my eyes at her character. Knowing that Annie Hall is based on Keaton and her real life relationship with Allen probably made my annoyances with the character worse. Of course, some parts were charming and sweet but at a point it was distracting. I couldn’t help but think how Alvy Singer was so amazing and Allen was able to pull off being different in a way that made me feel so connected to his character, and that Annie Hall just kept putting him through immature and petty bullshit that only got worse as their relationship progressed. Oh, and those clothes started a fashion trend throughout America? How unfortunate. She dressed like a 60 year old who is ashamed of her body.

However, Diane Keaton aside, I thought the movie was outstanding. It was a romantic comedy depicting the unstable love affair between Alvy and Annie without ever once feeling like a “chick flick”. Alvy Singer seems like an earlier version of what every Michael Cera character seems to be: witty, pessimistic and shy, but in a charming way that makes all the girls think he’s adorable. :/