An Interview with NoMeansNo 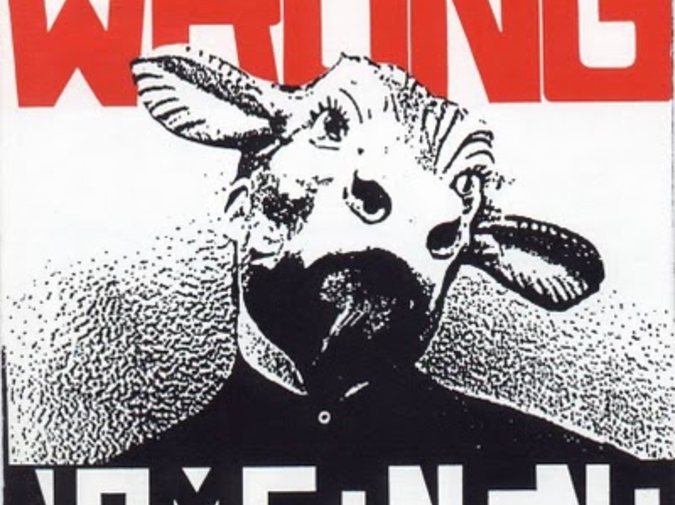 Last September, I saw NoMeansNo—Canada’s finest jazz punk band—at Seattle’s Bumbershoot festival in the same venue I saw the Portland metal band Red Fang the day before. Red Fang formed in 2005, and are young and loud and full of energy (and beer, probably). And they were wearing boots.

NoMeansNo formed in 1979. And they were loud and full of energy. And now they are a little older. And wearing crocs. But still loud. And still full of energy.

They tore the place up just as ably as did Red Fang.

How old are the members of NoMeansNo now?


I saw you live recently, and it occurred to me that I don't think I've seen you in a decade. It appeared, though, that you hadn't lost a step. I'm aging and not in the same shape I was in ten years ago. Is live performance—especially the kind of music your band plays, and the enthusiasm with which you do it—just incredibly good exercise?

JW       No doubt. Apart from a few achy joints, I am probably an even stronger drummer than when I was younger. The few aches and pains I have are mainly due to all the driving and sitting in cars over the years. It is said that a drummer playing hard for 90 mins a night 6 nights a week is equivalent to Olympic training. I recently saw a couple bands from the late 70's and they looked it, I hope we don't look the same!

Can we attribute any of your longevity to the Canadian health care system? (And when I ask that, I also wonder if you would maybe consider testifying before our Congress about the benefits of a single-payer system?)

JW       It has it's ups and downs but I pay 13$ a month. The maximum you pay is about 56$ a month. And those are Canadian dollars, the ones that are worth something these days. But I'll say this about US health care, if you can afford it, it's probably better served than ours. Patients are prioritized which can put you at the end of the waiting list. However, a catastrophic health event won't cost you your home up here.


A portion of your audience has grown up with you, certainly, but another large percentage appeared to be young. Do you ever, in the early moments of a show sense some skepticism from them? Do you ever draw energy from a desire to win them over? Or just flat-out outlast them? (I noticed at the Bumbershoot show, Rob seemed ready to keep going even though you were a couple of minutes over your time. He seemed genuinely disappointed when you said good night after he appeared to suggest you were going to play at least one more.)

JW       We were and that was a set already abbreviated.  We generally grind ‘em down, they always ask for more.... I like to see young faces and sometimes it’s weird to be in a room and know that you are by far the oldest person (which is always my brother ha ha) but I think our music is not so much locked into a bygone era as it was always different anyways and young people can enjoy it as much now as before as long as we deliver it in the same spirit and energy as we always have.  We play the way we play because it is the only way we know how.


You headline now, and I assume younger bands open for you all the time. Do you ever feel a little competitive? Or a lot competitive?

JW       Never. I always hated the thought of music as a competition. That said all artists must push themselves. There is no substitute for experience. I do what I do and at no moment feel I am showing someone up, just want to play a great show for the folks who bought tickets and hope they are there to enjoy themselves too.

TH      I always feel inspired when a good band plays before we do. In the past few years we have played a lot with the PACK AD and The INVASIVES. Both are great outfits and really get us going. Lately we've been playing with good bands in France. Last year, in Riga, we played with a band from Skopje, 'BERNAY'S PROPAGANDA', who are very good. Also; sometimes we play with other antique roadshow finalists like RADIOPULHELMUT and SLIM CESSNA’S AUTO CLUB. Slim must be close to 60 now and still moves about like a young Gazelle! Must be those Chuck Norris Action Slacks. Or all that Asper Gum he chews.

With all your touring experience, have you discovered anything unexpected that it is essential to take with you? Some necessary object you never leave home without?

JW       My tour pillow and until recently a sleeping bag and thermo-rest—you're never without a bed.

How much longer do you feel like you can keep going? Has the band come to a consensus about how everyone has to feel to keep going and when to stop? (Also, seriously, don't stop.)

JW       I can keep going as long as people keep coming to shows and promoters keep booking and paying us.  That said, we don't tour quite as extensively as we have in the past. Although, 2007 was one of our busiest years, and probably our most successful. So there you have it: Old is the new young.