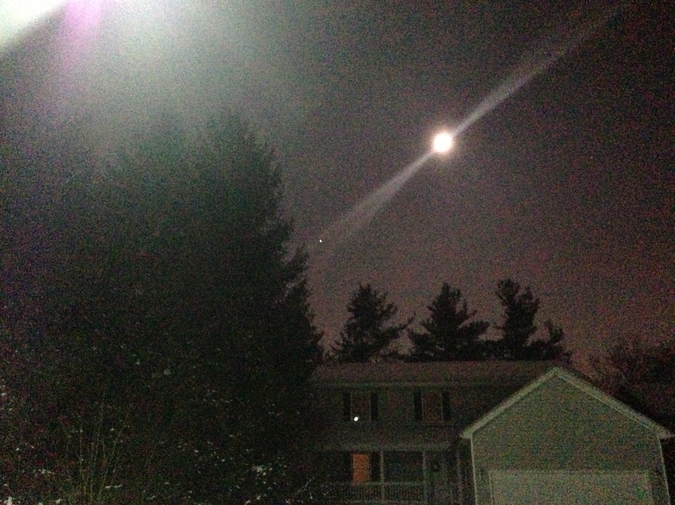 Here we collect a bunch of answers from the interviews we ran in 2013 that we think might serve you as inspiration and writerly advice for the work you hope to do in 2014. Please enjoy, and good luck with whatever it is you hope to accomplish in the year ahead.

"Writing a book has, for me, been harder than raising a child. A child requires more effort, but they'll occasionally smile or say "thank you." A book just sits there, silently telling you to go fuck yourself."

"...I think that if we noodle around long enough about things in the human experience that seem, on their surface, to be disparate or unrelated, the connections between those things will begin to reveal themselves. Then, once that happens, of course, it’s the author’s obligation to revise, revise, delve deeper, highlight and refine those connections. Which is where, ultimately, the sense of having been told a story that has universal relevance comes from."

"I try not to think too much when I’m writing. I try my best to listen. To feel my way through the heft of a single word, through its shape, the sound it makes, even the spaces between words. I try to hear and then try to speak to what I think I hear and to see what I wouldn’t otherwise see and say. I think that’s what goes on when I write but I can’t be certain."

"Try to put your ambition, hunger, longing, and desire into the writing itself, not into the publishing of it. This isn’t to say don’t publish. It’s just to say, the writing is the project.

"And you don’t have to write a novel."

"I value all the fiction—that which moves me and that which fails to speak to me at all. I am stunned and uplifted by the fact that a piece of literature that doesn’t touch me can be a source of inspiration for the person standing next to me. Because we are all in different places and because, as individuals, we are in different places at different times, I think there is no objective way to say what is valuable and what is not."

"I actually think the best analogy for writing a novel is wandering inside an MC Escher painting, trying to find an exit.  Running up and down staircases scared for you life but never making any headway.  Isn't that inspiring?  :)

"In a sick way, it does sort of inspire me because it emphasizes that as novelists we have to stop looking for the exit.  There isn't one.  I don't believe a book is ever finished.  We just stop working on a book.  I could pick up any of my novels and write another draft.  That's why I never reread them."

"I honestly can't even remember if I felt anything while writing it. Maybe excitement over thinking that it was really good. Because I always feel that way when I'm writing something down. That sort of delusional confidence in what you're doing. Like the track and field runner who convinces himself he's the fastest man on the planet, then comes in sixth place. That's what it feels like, because later when I look things over I know it's shit so I start editing it and immediately make it worse, but if I just keep doing it long enough, I eventually make it better."

"You know the hardest part of moving from writing short stories to a novel? It has nothing to do with craft, and everything to do with will. The willingness to commit yourself fully to a single project for years and years, knowing that the project may end up D.O.A."

"Sometimes I feel like I spend half my life trying to shoehorn bowling balls into jewelry boxes, and yet somehow, to me, this seems like a worthwhile pursuit."

"And note-taking is great, too, but I find it works best when I allow a lot of porousness between "notes for future writing" and the writing itself. That's been so useful in the nonfiction manuscript I've been writing. If I'd begun by diligently taking notes without allowing myself to really write until I'd amassed all my research, I'd have denied myself the little idea explosions that initially made the manuscript come alive. And would've probably been revisited by that undergrad research paper dread: "How will I know when I've got enough research that I can finally begin writing?"

"As I teach and write, what I learned from my mentors is a constant presence. It’s the air I breathe. My aesthetic was largely shaped during graduate school. As for Bob [Robert Olen Butler], his terms “yearning” and “dreamfilm” make pretty regular appearances in my lecture. He’d dismiss a story in workshop outright if the character didn’t have yearning. Bob’s philosophy is that to be human is to want something, deeply, to crave connection or renewal or a sense of self. And dreamfilm is just what it sounds like, the “cinema of the mind” that runs when we read, created by selective sensory detail. I’d point anyone who is interested to his excellent book From Where You Dream, which draws from his lectures on these topics.

"I don’t write to polish, but to permit the narrative to move away from my initial intentions, to become complex and strange—or at least not boring. I call each of these changing versions a transitional draft, and I don’t quit until the story stands on its own hooves and turns around to glower—meaning that it’s fully alive and no longer mine."

" In Renaissance Europe, rich people had their wunderkammern, collections of curiosities assembled without any apparent rhyme or reason: a portrait of an ancestor next to a whale tooth next to a gallstone next to a stuffed parrot. The only thing that bound the objects in these cabinets together was that, thus assembled, they produced a sense of wonder in the beholder. And that was precisely their object, wonder being, to the Renaissance mind, the most important step towards real knowledge. Lawrence Weschler defined this sense of wonder as a “suspension of the mind between ignorance and enlightenment that marks the end of unknowing and the beginning of knowing.” That seems right to me. My wonder is, if we’re not left wondering, are we left with anything at all that will stay with us? I forget stories all the time, sadly. I hope mine won’t be forgotten quite so easily."

"I don’t understand and I’m envious of writers who sit down and write a story and then edit and edit until they’re happy with it. Generally, when I sit down to write something, it’s forced and it comes out brittle and ugly, and no amount of editing can get that necessary ecstasy into it. Then, every once in a while, I’ll find the right space, and it’s important to keep that balance. I have just a few tries to make the story. If it’s not coming along easily, if I’m not excited about it at the end of the day, if I don’t go back and think of certain sentences after I’ve stopped writing and feel a warm glow about them—then it doesn’t have what I need."