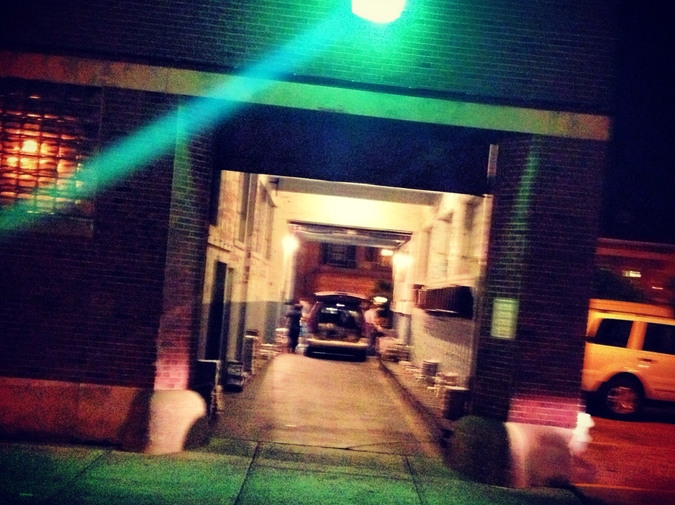 When I was fourteen my mother moved into an apartment across town with my principal, Mr. Lorenzo, who was rumored to keep a pistol strapped beneath his dress slacks. My younger sister, Caroline, locked herself inside her bedroom. My older brother, Randy, joined a wannabe gang. My father took to staying up into the wee hours listening to big band records, a new and surprising habit that complicated my efforts to wish him goodnight, and convinced me never to mention that I had started seeing my mother and Mr. Lorenzo at the 7-Eleven near my school.

I saw them often. The first time, they were shoplifting ice cream novelties. Mr. Lorenzo held open one of the freezer doors while my mother filled her purse with Fudgsicles and Drumsticks. The second time, my mother played a video game as Mr. Lorenzo filled out a job application. The third time—but I ran away before they saw me spying from behind the hot dog carousel. I ran outside, where my brother’s gang was trying, unsuccessfully, to break a bottle against the wall.

“We alarm you!” another gang member cried. He waved a knife he’d fashioned out of aluminum foil.

My father drank bourbon on those nights he listened to big band records. I got to know some of the numbers pretty good, well enough to say, “Which Dorsey is this?” something I’d rather say than, “I saw Mr. Lorenzo and Mom making out in the 7-Eleven parking lot this morning.” But my father didn’t answer; he just sipped his bourbon and conducted the air with his fingers the way he sometimes did.

I realized this was a low time for our family.

And then Caroline turned into a bird. I heard her thrashing against her bedroom window, so I opened it and watched her fly off to wherever she flew off to. “Poor Caroline,” I whispered, but really I was kind of jealous.

A few days later Mr. Lorenzo and my mother started working nights at the 7-Eleven. My mom wore a nametag that said, Ask Me About Lotto Pick-Six! Mr. Lorenzo manned the Slurpee machine. It got dark out, but my father never asked me where I was going or what I was up to, even when I replaced all his Benny Goodman records with sand.

And maybe I should have seen it coming, but I didn’t.

One night my brother’s gang tried to rob the 7-Eleven with swords they’d made from paper towel tubes, and Mr. Lorenzo shot Randy with his pistol. My mother screamed loud enough to wake Caroline, who’d made a little nest inside the 7 of the 7-Eleven sign. Caroline flew to our house and beat her wings against the window. She could see our father inside, listening to music, but all he heard was sand.

Anthony Varallo is the author of This Day in History, winner of the John Simmons Short Fiction Award, and Out Loud, winner of the Drue Heinz Literature Prize. His third story collection, Think of Me and I’ll Know, is just out from Northwestern University Press/TriQuarterly Books. Currently he is an associate professor of English at the College of Charleston, where he is the fiction editor of Crazyhorse.