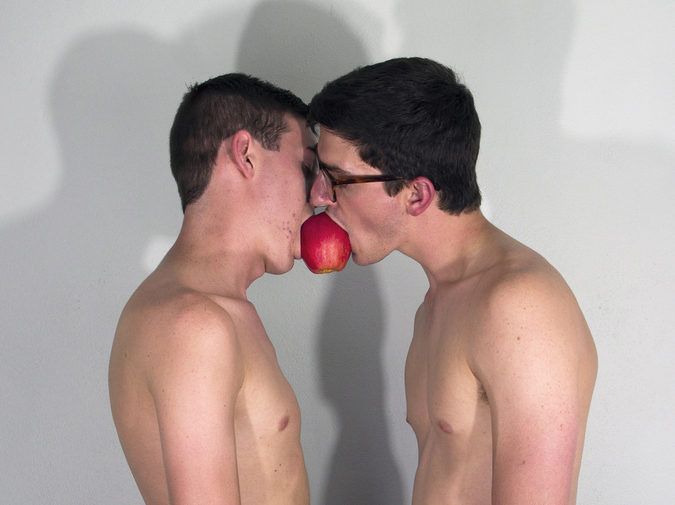 The stranger comes while you’re prancing
in the garden, gavotting down lettuce lines, squash
at your feet, beets in your toes. A daisy
from the flower bed behind each ear. Drought-drowned
grey dust tossed ahead, you walk through the bomb’s
cloudy breath. The stranger clicks his tongue; not like church
ladies correcting hands folded for prayer, rather
your father calling for the cat. You hear and you come.

Look at this beautiful princess, he’ll say, as you knew
all along, your hair growing longer, dry soil on your tongue.
You’ve tended your curtsey all week, now it blooms, and he leans in.
Let it be real, and it was,
before he knew he’d been watering the weeds.
The shock when he finds out—sour purple burn in his temples.
But first, that gentle kiss on your small, pretty brow.

A Brief List of Things an Apple Is Not

Fragrant enough to beckon, only resting once we’ve come up close.

A covenant carried in golden arcs.

A contract signed then split by the tongue
hissed and kissed around the orb.

Probably the fruit Eve held in her breath. We may never see it again, or
every day we eat and suck and chew.

A house without doors or windows, holding in
a star—this, despite what our kindergarten teachers told us, next to
Stay back from the knife, and Everything changes depending on angle and slice.

The tree where it opens. Hangs. Drops.

A many-seeded cone, spore to spread. The sex
was better in Eden, before the births and the boys.

The seeds spit out. That’s enough evil for one afternoon.

A language to be sought not taught.

Again, a covenant. Some of us all sin before we’ve bloomed.
We bite to fill a stomach boiling with the Blood.

The golden tongue of God. Her eye. Chamber of her beating heart.

Mortar in the bricks of Eden. Love strong
until dissolved.

All of it, and none of this without the words for shame.
Desire & sin. This is a language we learned outside the walls—
Some of us in survival on the other side.
Some of us the same, peering over from within.

John Mark Brown grew up on a small farm in Southern Illinois. They are an MFA candidate at Rutgers University—Camden, a Philadelphia resident, and a cardigan enthusiast, with work appearing in Indiana Review Online, Random Sample, and Stirring, among others.