They Call It Relief Pitching 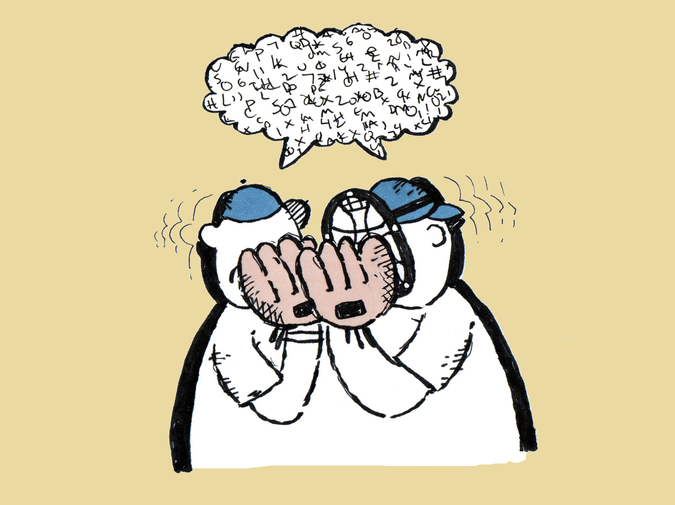 They sent me out here to get the final two outs of the eighth inning, to be the set-up man for The Closer, to set up his rightful dominion The Save, but now instead of setting up The Save I am going to blow The Save before The Closer even gets his shot at The Save. Someone should save me before I continue pitching balls that are called Balls despite so obviously crossing The Plate inside The Strike Zone, I mean did you even see that last pitch, that couldn’t have been more inside The Zone, I’m out here pounding The Zone, as they say, but apparently this Umpire is on strike from calling Strikes—fine, not really, I actually can’t seem to locate even the general vicinity of The Zone, but admit it, it was a good joke—okay, fine, it was a bad joke, but I’m trying to cut the tension here because everyone is waiting for me to throw another pitch and I do not want to throw another pitch, because we’re winning now—it’s close but we’re up two runs—and of course it is inevitable that if I continue to pitch I will blow The Save and we will no longer be winning—we will be losing, in fact, the opposite of winning.

I can feel everybody out there watching me, the thousands in the stands scratching me into their books, Keeping Score, reducing me to shorthand, their pencils inches from their papers waiting to tally my failure, as the clock ticks down the seconds I have until my next pitch is expected—eleven, ten, nine, not many now—and I picture it, this next pitch: my body’s contortions, its compression and expansion as I hurl myself forward off The Mound, the violent hinge of my shoulder like a slamming door and the rubbery bend and snap of my elbow, the cracking and splitting and splatting of bone and tendon and cartilage probably doing irreparable damage to my limbs, and finally the arc and velocity of the ball as it plummets into the dirt or sails high into the netting or nails The Catcher in the crotch, sorry man, I didn’t mean to rupture your testicle.

The Batter knows what I’m thinking, I can tell, because he steps out of his Box to take a couple of swings, uncounted—a respite from The Count to which I, however, am not entitled, because I cannot throw uncounted pitches, any pitch I throw now will be counted, once The Pitcher enters The Count he cannot leave until he is done being counted. Unless I never throw another pitch to be counted, unless I refuse to be counted, because if I never throw another pitch I can never blow The Save and The Blown Save is the most sadistic statistic, I don’t know which sick egghead dreamed it up, it only exists to shame, it curls up behind you and whispers in your ear: don’t fuck up, because if you fuck up, we will write it down, and they will, they will write it down if I blow The Save right now, and that is why I do not want to throw another pitch, because how many times do I have to screw the game before they stop sending me out here?

The Umpire doesn’t know what I’m thinking, I can tell, because he acts like he expects me to throw another pitch like I’m supposed to do at this particular juncture of our game. He calls The Batter to return to his Box, and the crowd calms with anticipation and I feel the collective throb of all of them waiting, some in agony and some in eager ecstasy to watch The Pitcher, me, totally botch it, and so I tease them a bit, I straighten my stance and ready my pitch, twist the ball in my glove while The Catcher dances his fingers between his thighs, and then I step off and everyone screams OH COME ON, but not really, they’re used to this sort of thing.

It’s messed up, if you think about it, that I would never have been able to earn The Save, because as I said my man The Closer is warming up and what’s his is his, but I am still on the hook for The Save because I technically, according to someone, have the opportunity to earn The Save—they should talk to my Manager and ask him if I have the opportunity to earn The Save—because I could, hypothetically, mow down these next five Batters and get The Save, and so if I don’t get The Save, if I blow The Save that was never really mine, they’re going to write it down that I blew it—even though at best I could be credited with the mere humble Hold. So I step back and scrape dirt off my cleat, pretending that’s the reason I’m taking so long to throw another pitch, that there’s some gunk on my shoe throwing off my footing and I just won’t stand for it—sorry, another bad joke, I know, but you know.

Anyway, I’m starting to think my delay might be getting a bit excessive because The Batter’s stance repeats as he waits for my pitch, he taps his bat along the four corners of The Plate, he’s doing the baseball equivalent of twiddling his thumbs at me, he’s saying come on man let me end your misery, and my teammates call to me now from The Dugout, dangling from the railing, lurching up the steps, they point to me and then to The Batter—blow, they’re chanting, blow. Or, possibly, throw. The Catcher rises from his squat and lifts his mask and he looks pissed, not happy with me at all, and he jogs over to me and I see how sweaty he is, drips of it tracing through the dust crusted on his face—I have to admit I’ve always admired Catchers because that has to be the worst squatting there waiting for some dummy like me to launch a ball a hundred miles an hour at you—and we raise our gloves to our faces to prevent the other team from reading our lips, because that’s just what is done don’t ask me, and The Catcher starts in on me, asking me about what exactly it is I think I’m doing here, tossing expletives like I should be tossing pitches, and I say to him: They call it Relief Pitching.

Ben Cosman is a writer originally from Rochester, NY. His writing has appeared online for MLB.com’s Cut4 blog, The Millions, Mental Floss, and others.