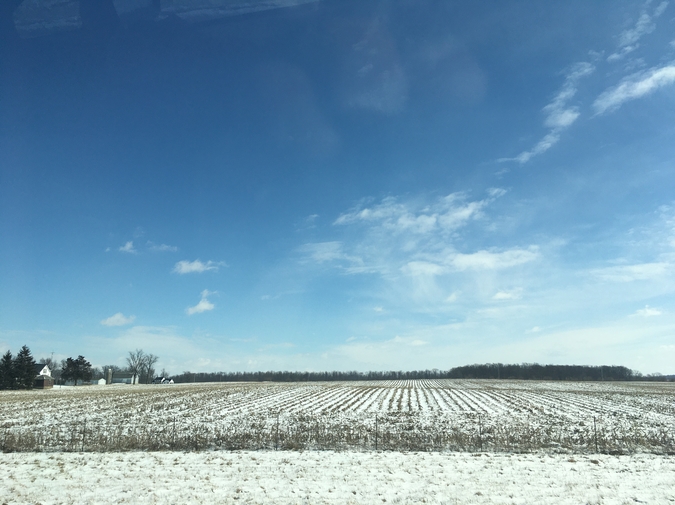 In the middle of the night in the second week after Dad’s passing, my phone lights up and it’s twin, it’s sister.

“I want to know what happened. Should I come there?”

“What you can do is live well.”

That’s the thing that of course it’s true that her father is gone as well. But I have no way to get inside of that grief. It’s different. Certainly, she has regrets, but her understanding of Dad is so different than mine or Mom’s. To twin, Dad is someone who saves her. Dad is someone she idolizes. A knight. A fairytale person. To an extent, she only lives inside fantasies like that. In order to live. I don’t want to think about it too much.

I don’t want to tell her everything. Maybe she has a right to be told. For me to try to describe how it has been, and how Dad has been. What can I say that will help her understand it? Even if she knew Dad as the same Dad that I knew. There is so much distance between us, but even if there wasn’t. Even if there wasn’t any difference and she had always been there, and we were thick as thieves. Even if she and I had never been possessed of such different ways of reading the world. It’s not that I am unable to talk about it.

I don’t want to tell her about the beginning, when he was acting strangely. The time he was supposed to buy for me a plane ticket over the phone because I didn’t have enough money or enough credit, and he kept buying the same wrong ticket over and over. That deep feeling of dread I had. I couldn’t talk about that kneejerk anger that was so easy to come. The frustration and fear that turned into shouting and scolding. The look on his face when he asked Mom and I not to yell at him, when he was still talking. Please, don’t yell at me. The way he started to apologize and became uncertain about things like whether or not he liked peanut butter. How at first he seemed to be in denial, but how I have no way to know what he felt or how or why, and that I will never try to understand. It wouldn’t be right or fair. It would be disrespectful to who he was and what he went through to think that I could possibly ever begin to understand. I don’t have his years. The childhood he spent alone and sad and hating. The years he spent at college with the word po’white written across his face and across his back. All of that. I don’t want to talk about when Pastor Webb came after the official diagnosis, even before we had been able to pick up the medicine, and Dad for the first time told her, “I have Alzheimer’s,” as if he were telling it to himself for the first time, trying it out in the air, and finding it true. How we prayed around the table feeling slightly ridiculous because it was so impossible to imagine. Us? Alzheimer’s? Daddy? Alzheimer’s? All that pain? Years of suffering? Impossible. There are people who actually have Alzheimer’s, you know. But eight months before that day, the day with the plane ticket, the uncanny sense of it, of alarm, of fear, of regret, of grief, had been living in my bones. How it wasn’t even six months after sitting at that table that he couldn’t say more than two words at a time.

But then, how to explain or even begin to try to help someone else understand that after that it had become something normal? Something we could count on. He was on a slow decline, but we had new habits and new routines. We had grown new parts of our bodies. New hands that knew how to help him wash. New feet that knew how to brace in order to help him up properly. New pieces of our minds that didn’t yell anymore out of fear and frustration, because the worst that could happen already had. Or not that they had already happened but that nothing worse had happened yet. Maybe never would. Right? Never. Of course there was still fear. There was still frustration. Those things were companions of every day. But companions is the correct word. They were familiar too. We didn’t have words for it then, but if we found that we were still afraid and still frustrated then we were inside of something normal, and nothing had changed. And pretty soon, change seemed pretty impossible, too. Ridiculous to think that there could have to be something worse than this. We took him to respite care one week, and Mom was horrified. “He doesn’t belong there.” He didn’t, and I wish that I wasn’t the kind of person who was always looking ahead, so that I wasn’t always thinking about preparing for next month, the month after, the years. Just to be there.

And then the falling started. The first time, it was a horrifying accident, even though no one was hurt. The second time, a table was knocked over and we didn’t move it. Eventually we moved the table. We moved all the furniture in the house. We removed distractions from his regular path so that his movement would be more predictable and easier to manage. He used to grab small objects like hair pins or cellphones or anything left by the door. He would stare out the window at his car. He would whisper things. He would stare at people hoping they were someone that he knew, or knowing that they were. It was a time of longing. Yes. Longing for others, for anything familiar, and even just to stay that way forever.

Then the falling more often than getting around well. A brief interlude with wheelchairs before it quickly became too difficult to get him from seated to standing to seated again. Even there was a ramp built by a different local church, to help him into the car easier.

Once, Mom didn’t tell me until a long time after, when I wasn’t there, during a school term, Dad fell on top of her and she was trapped under him for six hours. It wasn’t that she was afraid to tell me. She was afraid to say it out loud because of what it meant. All of the “if” long after we had long since stopped saying “if”. “If I had broken my hip.” “If I had been injured.” “How could I have cared for him?”

Learning how to accept things. No “if”. A lot of unnecessary suffering, for him and for ourselves, came from being so slow to accept things. Trying to hold onto whatever had become normal. Holding onto it with both hands. So many unnecessary falls. Unnecessary accidents. A time when he hit his head. A time when Mom and I went shopping and left Dad sitting in a chair in the store, in our line of sight, and found that he had wet himself by the time we came back. He was so sad. He couldn’t say anything. He couldn’t stand up. Crying all the way home, Mom and I, each alone in suffering. Not being able to change this, or a thousand other things. Not being able to do enough. Not being able to prevent things like this. Horrible things that we will have to carry.

And all of this.

Getting into bed for the last time. The constant sound of the oxygen machine. The equipment we could use if we needed to. The emergency medicine pack that I never quite thought of as a plastic bag for the end of everything. But of course that’s what it was. Medicine for the last days. And when we started using it, I thought of it as medicine to help us keep going. Not to die.

And then he left.

I have no interest in telling anyone. To talk about all of the details. Especially the early ones. How could I possibly tell it so that anyone could ever begin to understand? And why would they want to? I cannot imagine someone trying to inhabit these spaces in memory. They never could. They shouldn’t. It belongs to me and to Mom. The same way Dad’s space belongs to no one but himself.

Twin is quiet on the other end of the phone.

If we are going to be closer to each other, the first thing we can share is silence.

Words can help us talk about the things that have happened, but they will not help us understand. And there is far more than this that words can never help us know.

It’s silent, but I know that she is crying.

Virginia Lee Wood is a Korean American writer whose work appears or is forthcoming with The Minnesota Review, Cutbank, Pleiades, LIT Magazine, and elsewhere. She recently earned her Doctorate in Creative Writing from the University of North Texas, and will start as a Visiting Assistant Professor at Austin College in the fall.