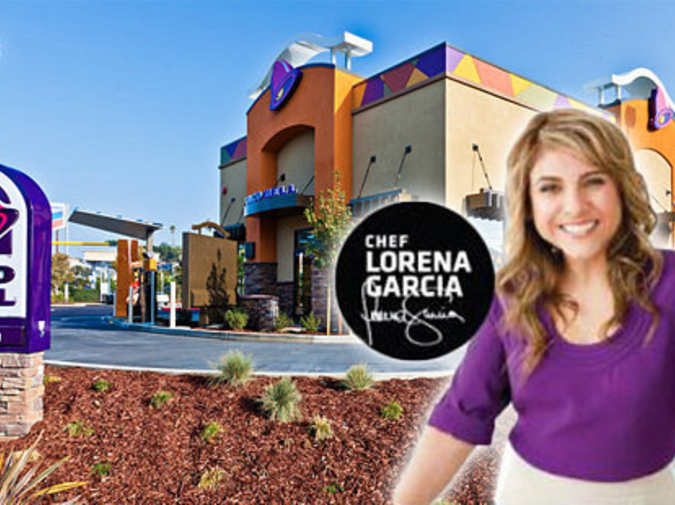 A new email dings into his box and Miller cringes. Somehow he knows it’s from her, something about the ding – it is insistent, urgent, as sure as a poke in the back of the neck. This will be message number 168 in this particular thread alone, the one with the subject line “The Steak.”

The test kitchen is quiet, Green and Jefferson huddled in the corner, no doubt working through the Cool Ranch Burrito that HQ has made the group’s second priority. It will never happen, Miller knows. He himself developed the Dorito taco shell, and that was difficult enough. A full wrap, a burrito wrap, no less, is as close to impossible as this particular area of food science gets.

The company’s first priority, of course, is Chef Garcia, whose name stands bold in his Outlook: CHEF LORENA GARCIA. He knows it is no mistake that she has chosen to announce herself with capital letters. Perhaps she actually does have a custom DING, has paid some entity somewhere to ensure the auditory prominence of her messages over their unknown, electronic rivals.

At this point, he would believe anything.

CHEF LORENA GARCIA.  The email might as well be ticking.

He can hear her voice: “Guys! We have to do better, guys.” That clear enunciation, flat and insistent. The light accent. The humorless certainty of celebrity.  More than once over the past several months, he has heard that voice honking at the edges of his mind. In a crowded coffee shop, at the mall, walking down the street, in the background noise of a televised sporting event. “GUYS.”

Green and Jefferson are bent over, peeking through the window of the test oven. Not a good sign.

CHEF LORENA GARCIA. He waves his cursor over the name.

Twenty five years at Yum! brands and Miller has never come across anybody with this combination of blind confidence, lack of understanding of the limitations of the production environment, pure commitment, and agency. She is a perfect storm.

More than once over these past several months, he has fantasized about what it would be like to be dominated sexually by Chef Lorena Garcia. This is an idea that had never entered his head before. But lately, like that voice, these images, these sensations -- desires? -- have slipped into his consciousness, and they return with greater frequently the longer this project lasts. He can’t help but imagine the scene: himself on all fours, with Lorena Garcia standing over him, pushing at his buttock with the point of a heel. “Guys!” she would say. “We have to do better guys.” And she would poke the heel deeper into his flesh, rotating slowly.

He slumps in his chair, clicks on “CHEF LORENA GARCIA” quick and hard, like he is eliminating an electronic pest in some kind of videogame. He sees the first word -- “GUYS” – and hops out of his chair.

He walks toward the windows. It is getting dark and he watches traffic moving haltingly on the interstate. The most amazing thing, he thinks, is how much she cares. It is remarkable, monstrous. The thread called “The Avocado” reached so many emails that they had to create a new one called “The Avocado Too.” The “too” was his own touch, an attempt at levity that was lost on Chef Lorena Garcia, and so the first 17 emails in that thread are given over to grammar lessons and recriminations and a discussion of what is funny and where it is appropriate.

He has imagined all kinds of scenarios. What she would be like in bed, on a commuter bus, at a dinner party. He imagines her as a workmanlike conversationalist, the kind of person who has taken a class in small talk:  how to break the ice, steer the conversation, look people in the eye and gently mimic their body language.

The voice comes into his head again. “GUYS! Lose the burrito and share these beautiful ingredients with the world.”

Miller thinks of the thousand reasons this cannot be done. He wonders what Lorena Garcia pictures when she thinks of him, the person to whom she has sent these 168 emails, each of them featuring some version of the kinds of demands one would give to a sous chef.

“GUYS! Lose the tortilla and share these beautiful ingredients with the world.”

Miller looks at the computer, at the bathroom exit sign, at all the papers on his desk. They are Taco Bell. Lose the tortilla?

He is certain that she does not drive her own vehicle, that she would never work out in a public place, that each time she appears on television, another layer of her Venezeulan accent has been diligently scrubbed.

He wonders what this could possibly mean. It could be a zen koan. It could be something Lorena Garcia read in a self-help book or overheard on SportsCenter.

Surely they should have told her. This not cooking. This isn’t Top Chef. This is food science: test environment, marketing, user testing, research, packaging, the extreme limitations of making food that can be reproduced at any Taco Bell in any country in any part of the world. It was near impossible to roll out grilled chicken, and now this woman is sending email instructions like “share these beautiful ingredients with the world.”

These ingredients are not beautiful. They are workmanlike, mass produced. This is why there are 168 emails about The Steak.

He has paged through the Victoria’s Secret catalogs that still come addressed to Clair. He imagines that Lorena Garcia would wear the kind of panties they used to call “boyshorts” until recently, when they took on the name “cheekies.” She would buy them from Macy’s, or whatever store sells the most expensive cheekies. She would send a female assistant with specific instructions about colors and sizes and the importance of never revealing the name of the person who would be wearing these cheekies beneath her chef’s whites.

Where did this person even come from, he wonders. She was a guest on Top Chef and the next thing he knows she is bossing him around from airports and hotel lobbies all over the world. He knows that as soon as he’s through this, they’ll foist that lantern-jawed Aussie Curtis Stone on him. Somebody at one of the companies that owns the others now is convinced that Curtis Stone is the next Rachel Ray, and Miller can see the day that Chef Curtis Stone is sending him emails that begin: “MATES.”

He shivers in his chair.

Green and Jefferson are pulling things out of the test oven and Miller can tell by their reactions that the results are not positive. Something in him relaxes. If they are able to pull the Dorito burrito off, his own failures with Chef Garcia will seem even worse.

Green throws a burrito at the garbage can and misses. It leaves a familiar reddish-brown rorschach on the floor. Everybody in this kitchen has seen that color dripping off a wall, has scraped it off shoes and shirts, memos and keyboards and computer screens.

Chef Lorena Garcia has a similar coloring, her natural Venezuelan skin augmented, Miller imagines, with some kind of high end tanning solution available exclusively to the rich and famous.  He wonders if she has tan lines. He imagines she does not.

He wonders if she is like this in other areas of her life. Is she this immovable, this sure all the time? Or is this just with food? What is life like for her agent, the person who books her travel, her realtor and her assistant.

This has been his life for the past several months, what his married colleagues refer to as a “honey do” list.

He’s not sure why, but he is positive that, like him, Lorena Garcia has no family. He has never even considered her as a mother, a spouse. After all these years, he can recognize another person who is alone.

He stares at the screen, that blinking cursor, the bold name CHEF LORENA GARCIA.

Green and Jefferson are packing up for the day.

He sits back in his chair.

Brown and Jefferson shuffle out of the office. They are carrying no test subjects with them.

An email pops into his box. “The Avacado Too” number 216.

Miller shifts in his chair. He looks to the exits. What the hell could she be doing?

One more email dings into the box and he turns.

Outside, it is dark. “If you want to show people you’re changing, show them you’re changing.” He thinks he knows what this means. He wonders if he is right.

He turns back to his email. CHEF LORENA GARCIA. In the subject line, three words, small caps: “are you okay?”