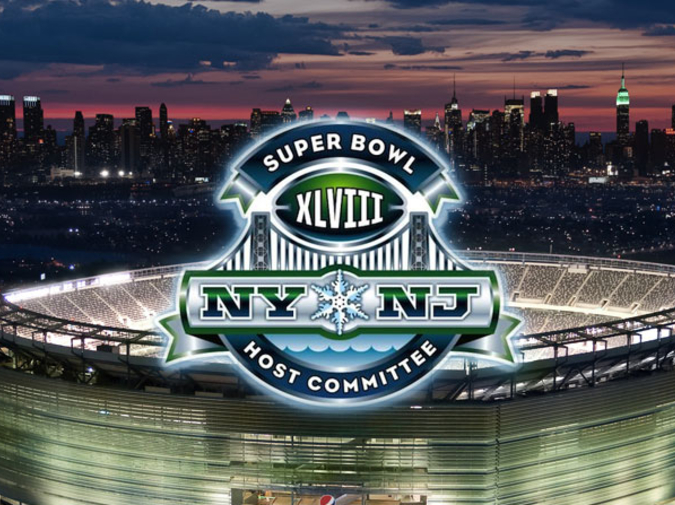 Last year, we ran a series of "Commercial Fiction"s by Dave Housley, which were collected into a book. One such piece in the series was inspired not just by a single commercial but by a collection of them that all appeared during the Super Bowl. Today, for Super Bowl Sunday, we thought we'd re-run it. (Re)read the piece, buy Dave's book, eat a bunch of shitty food and drink a bunch of beer and enjoy the game today!

Guildenstern flips the coin and holds it out for Rosencrantz to see.

“Heads,” Rosencrantz says. “Again heads.” He turns around. “So we were sent for?”

Guildenstern flips the coin. “I hear something,” he says. “Music?”

“What do you remember?” Rosencrantz says. “About how we got here, I mean.”

“This place,” Rosencrantz says. “Look at it. There’s almost nothing here. I mean there’s no…visible character to it at all.”

“Do you hear them?” Guildenstern says. “The people? The Spanish?”

“I remember places,” Rosencrantz says. “Places with more to them, you know? More place to them. Grass or walls. Ceilings. I remember ceilings. Floors. This place….”

“Well there is a floor,”Guildenstern says. “And the music. The people. It’s getting louder. That’s a kind of visible character, isn’t it, though?” He flips the coin toward Rosencrantz. The sounds get louder. Music. Chatter as if a party is happening in the room next to them.

“Well it’s not visible yet, is it?” Rosencrantz says. And then, “heads.”

The music gets louder, as if somebody has twisted a volume knob to full blast. A man enters. He is old, with a shock of white hair. He is wearing suspenders and a sweater. Behind him, another old man, this one African American, with large glasses. Two women follow, both matronly, with white hair and church dresses. They walk slowly, each of them carrying a white takeout bag with Taco Bell written on the side.

“I say,” Guildenstern says. “Who are you? Are you who we’re waiting for then?”

The white-haired man stops, pulls a taco from the bag, and eats it in two bites. He wipes his mouth.

“Are you the people who sent for us?” Guildenstern says.

“Can you make the music lower?” Rosencrantz says.

“Esta noche, somos jóvenes,” the man says. He reaches his hands out for a high-five and the other man stretches, groans, and taps his fingers. The white-haired man gestures, and the group continues on.

“Where are you going?” Guildenstern says. “Can we have some of those tacos? We don’t know how long we’re going to be here.”

“I told you they were Spanish,” Rosencrantz says.

“Are you hungry?” Guildenstern says. “Do you think we were hungry all along, then?”

“I rather liked the music,” Rosencrantz says. “It was catchy. I don’t understand Spanish, but I felt like I knew that song anyway. Do you think that’s because of this place, because of where we are? Because everything is a little like that now, isn’t it? Familiar and then at the same time, not?” He flips the coin, looks at it, nods.

“Do you hear that?” Guildenstern says. “Footsteps.”

Two women appear, a blond and a brunette, both very beautiful. The brunette is wearing a skin-tight racing uniform and the blond a pink dress. They move confidently.  A chubby man with glasses and very white skin follows. He is less confident, lingering in their periphery.

“Do you speak English?” Guildenstern says. “Are you they who sent for us?”

The blond approaches Guildenstern. She walks right up to him and rubs her chest against his, squeezes his backside. She kisses him passionately, her tongue exploring his mouth. The kiss continues, the only sound smacking, sucking lips. She pulls back, shimmies briefly, her body pushing against his, and then continues walking.

Guildenstern is frozen in place. Rosencrantz drops the quarter and it bounces across the floor.

“Go to godaddy dot com to find out more,” the brunette says, she flicks a finger under Guildenstern’s chin.

The women continue walking. “Sorry,” the chubby guy says, as he moves past. “They do that all the time.”

“What is a go daddy?” Guildenstern shouts after them. “Is that who sent for us? Can you do that again, please? I would very much like to find out more!”

Rosencrantz hovers over the coin. “Heads,” he says.

Guildenstern looks toward where the women exited. “Do you think they’ll come back?” he says. “The way she said that thing about the go daddy, it’s like she was…like she was saying something else. Do you get what I’m talking about?”

Rosencrantz regards his toenails again. “See what I mean?” he says. “It’s like every time I look, they need to be cut. Every time.”

“It’s like she was propositioning us,” Guildenstern says. “Do you know what a go daddy is? I think it has something to do with relations.”

“Relations like between a man and a woman,” Guildenstern says. “I didn’t think I was feeling…that way, you know, until…”

They both turn to see a tall man dressed in business attire.

“Ya got to turn that frown upside down, mon!” the man says.

“Are you the one who sent for us, then?” Guildenstern says.

“Is that it, then? That’s what we’re been sent here to hear. Get happy?” Guildenstern says. “Do you know what a go daddy is?”

The man stands still. His smile is unbroken. In his hand, he holds a set of keys.

“Don’t worry ‘bout a ting!” the man says. “Everyting gonna be all right!”

“Are we dead?” Guildenstern asks. “Are you dead, too? Is this heaven? Is that what you mean by get happy, don’t worry about a thing? Is that why you talk like you do?”

The man smiles. He throws his keys in the air and catches them. He continues walking.

Guildenstern stares after the man. He looks to the left, then to the right. “Do you feel like we should go somewhere?” Guildenstern says. “Somewhere else?”

“Isn’t that how we got here?” Rosencrantz says.

“No,” Guildenstern says. “This would be going somewhere else. So by definition not here.”

“But what if we were somewhere else and we thought we wanted to be here?” Rosencrantz says.

“We were sent for,” Guildenstern says.

“From somewhere else, though,” Rosencrantz says.

“But I think I want to go somewhere with food. And a go daddy to find out more. With happy people,” Guildenstern says.

“That’s the thing isn’t it?” Rosencrantz says. He flips the coin. “Maybe we were trying to find a go daddy and tacos before and that’s how we got here.”

Suddenly the lights go out. There is silence.

Dave Housley's second collection of short fiction, Commercial Fiction, is composed of very short stories based on television commercials, all of which were first published right here on Hobart (you can buy it here: http://www.outpost19.com/CommercialFiction/index.html). His third collection, If I Knew the Way, I Would Take You Home, will be published in 2015 from Dzanc Books. He's one of the founding editors of Barrelhouse magazine. These Lawrence Frank pieces were influenced in form and spirit by Paul Maliszewski's "Dear Mr. President" stories, which are awesome. Sometimes he drinks boxed wine and tweets about the things on his television at @dhousley.