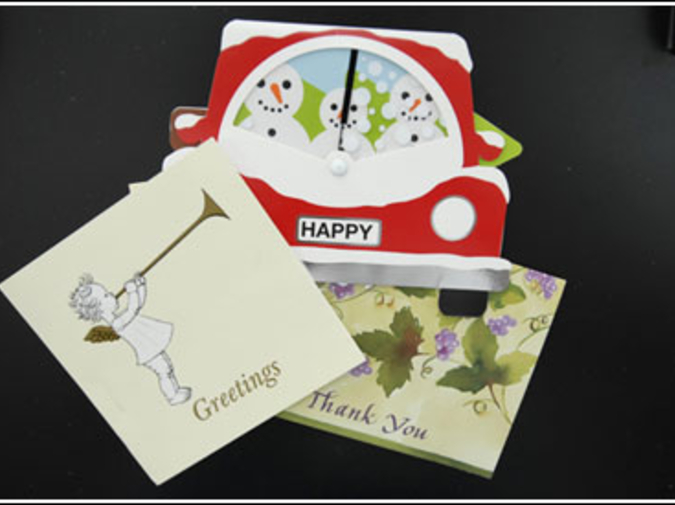 What was he thinking? Any one of us could've found it. Cards, letters, notes, and worst of all, photos. A woman -- a blonde, of all things -- who was, most definitely, not my mother.

In the middle of the family room, all of us there but him, sorting out the leavings of sixty-five years. Our family joke about him saving everything, from notes to nails, no longer funny. A box in front of me, full of the contents of his former desk at his former job from when he'd been forced to retire. First, I pulled out innocuous items: Father's Day cards from his children, myself included, birthday cards from his mother, foreign coins from old business trips. Mama wanted to see it all. She mooned over his hoarding of each card as if no one in the world had ever done that before. She said perhaps so-and-so might like it as a memento and she created piles of items one of us might want to save until the day we were gone and someone else had to do this kind of sifting.

Digging further I found a rose-colored envelope, unfamiliar feminine handwriting, unfamiliar return address. Surreptitiously, I looked in this envelope and through the cards and envelopes underneath it. I couldn't risk Mama asking to see any of it. I ripped some of the cards up, keeping them and my hands inside a plastic trash bag next to me. My hands back in the box, I gathered the rest up and stuck it into a plain manila envelope already containing other incendiary items. With everyone else looking away, chatting, or wandering into the kitchen, I walked down the hall, went into the bathroom, and locked the door.

I didn't need or want to look at any of it closely. I ripped it all into pieces under the sounds of a flushing toilet and running water from the faucet. I stuffed the scraps back into the big envelope. Back in the den I crammed the envelope into one of the almost-full sturdy black garbage bags, knotted the top of the bag, and lugged it to the curb for tomorrow morning's pick-up.

Seeing the evidence -- words written to my father, photos he must've taken -- had shaken me. Yet I was relieved I'd been the one to go through this particular box, sparing Mama for sure. Maybe even my sisters and my brother Cal. Though who knew what they, especially Cal, might've known already. In my family we kept our secrets to ourselves.

My parents' marriage turned unhappy some time after the birth of my youngest sister, but they stayed together. After Daddy's death Mama became increasingly sentimental about their marriage, teary-eyed even. This changing of marital history made me uncomfortable, but I listened to her and shrugged it off. Cal got up from the sofa in the family room and walked to the kitchen. He paced. He sighed. He rolled his eyes.

About ten years ago I was at Parkway Tavern with a friend. She was deep in conversation with a man she just met, and I left them to get a beer. I weaved my way through the horde of twenty- and thirty- somethings. Two men, both older than the usual clientele, sat on stools near the end of the bar. They leaned away from each other to allow me to maneuver between them. I smiled my thanks.

"Whatcha want? I got it," said the younger of the two.

"Abita in a bottle?"

He ordered and turned back to me.

He pointed his chin toward his companion.

Phil handed me the Abita and I glanced at his finger. No ring. No untanned band around his finger either. He had very black hair and the coloring of a construction worker. His face was lined, and I wondered if that was from the sun or from age.

"You look familiar." Ed spoke for the first time. Heavy-set and with thick glasses and gray thinning hair, he looked much older than Phil did. "What's your last name?"

"You related to the coroner?" Phil asked.

"Yes. Do you know him?" People throughout the city knew and liked Daddy. He was friendly towards everyone, from executives who lived uptown to downtown parking lot attendants. He remembered their names and asked about their families.

"You really want to know?" He guzzled the rest of the amber-colored liquid in his glass.

Ed dragged on his cigarette and blew the smoke away from me.

"I know the woman he's seeing. She's head over heels in love with him, though he told her he's not leaving his family. I get to hear all about it. I even know how many kids there are in your family."

He stubbed the cigarette out in the crinkly gold ashtray on the bar and shook his head.

"They hang out at Godfather's. I'm usually there instead of this kiddy place. Phil got me to come here today."

"Hey, it's close to home, and beer is beer. And look how lucky I got tonight. I met this beautiful woman here." Phil put his arm around me.

I forced a smile as Phil handed me another Abita. I gulped it down. Seeing! I repeated Ed's word to myself. I finished my beer and Phil bought me another.

I had no memory of the rest of the night until Phil and I were in my bed, his skinny jeans and tiny briefs on my floor. He caressed every inch of my body until I could hardly stand it. I wanted to turn over, but he wouldn't let me until I was ready to explode.

"I'm so hung over," I told him when he called the next day. "I don't remember everything that happened last night."

"I hope you didn't forget that I was in your bed."

"No, I remember that very well."

"Do you remember what I told you about myself?"

"You're 44 years old. You and Ed are working on some video poker deal."

We hung up and I thought about the endearment he'd used. I wasn't sure I liked it, considering he was fifteen years older than I was.

My brain started to function and I dredged up a memory from a few months before. I'd gone into my dad's bedroom to use his bathroom. His, because Mama had moved into my childhood bedroom. She said it was because of Daddy's snoring. Someone else must've been in the main bathroom. Probably my sister Mary poufing and spraying her hair to heights I could never achieve, filling the area with fumes of cough-inducing chemicals.

As I left Daddy's bathroom, I spotted on his bed a yellow credit card receipt sticking out of the pocket of a suit coat he must've worn to work the day before. At the top of the flimsy scrap of paper was printed "Godfather's" with its address directly below. I couldn't imagine Daddy in such a sleazy place, a meat market for the AARP crowd.

After my hangover abated and I could tolerate the sound of someone else's voice, much less my own, I called Daddy. Mama answered and called him to the telephone.

Mama exaggerated her exasperation at Daddy's inattention to her any chance she got. I tended not to call over there much.

By the time I heard his voice, I knew what to say.

"I met this guy last night, a friend of a friend. He said he knew you from Godfather's. I didn't know you went there."

Where was my father? The one who liked people? Who liked connections? Who was always asking me someone's last name, asking me whom he or she was related to?

I didn't know why I called. I didn't know what I expected. That wasn't true. I expected him to say Godfather's was where he and his buddies from the office went on Fridays after work for a couple of drinks and that he knew Ed from there. The family knew about his Friday routine.

I didn't get what I expected. Just like I didn't get what I expected in the box that held the contents of his desk. Why did he keep all that? Even I knew to throw away the soppy cards Phil picked off the greeting card rack almost every night before he walked out the door of his second job at an all-night Kinko's when I finally broke it off with him.

Oh, yes, about what Phil wouldn't tell me over the phone. I can't believe I was so stupid. He was married, of course. He told me with all the embellishments you would tell me are typical: his marriage was loveless; he couldn't afford to move out; they slept in separate beds. It was probably all true, even though it was all beside the point.

Had Daddy intended to throw the box out one day? Or was it like the receipt sticking out of his coat pocket, waiting there for me to make the connection? Now I imagined that after his silence, after he hung up the phone, he resolved to break it off with the blonde woman in the photographs. The contents of the box had told the end of their story: an acrimonious breakup. Was that what I hoped would happen when I picked up the telephone that day? Was my subconscious as conniving as that? Whatever. Daddy's secret was safe with me.

Teresa Tumminello Brader was born in New Orleans and lives in the area still. She received a B.A. in English from Marquette University, and is the mother of two grown children. Her fiction has appeared in Rumble, The Flask Review and Brink. She's been nominated for a 2007 Best of the Net.