Sci-Fi Movies Start With an A 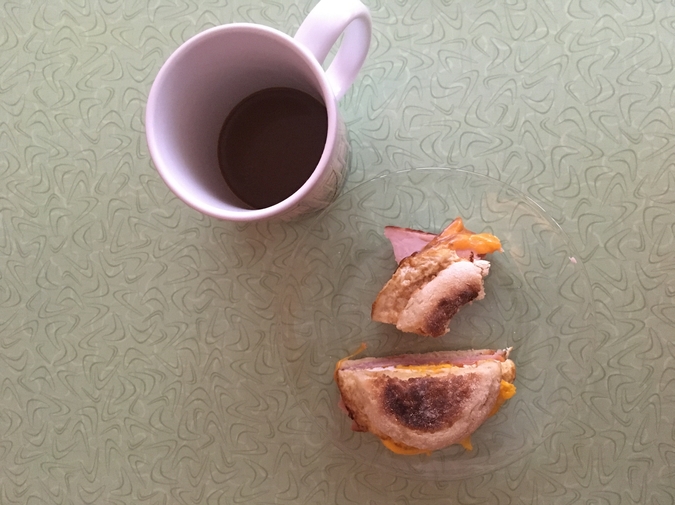 “Ever since you started working with those Jews you never want to have sex with me,” Tom said on a Sunday.

“I think there’s a better way you could have put that,” I replied.

I went back to folding clothes. “I think it’s on-subject to address that you’re being a little antisemitic,” I said.

“Okay, I’m sorry. Ever since you began employment with a company that happens to be 95% Hasidic—”

“I don’t know if you can say ‘Hasidic,’ I’ve been saying ‘ultra-Orthodox’ in my head, although to be fair even that might be too much...”

“And actually I think there are multiple communities, with varying levels of Orthodoxy and religiosity even within the same friend groups. It’s all very interesting.”

“Hey, I want to talk about this. Please can we just have a frank conversation about sex without you getting all weird?” I looked up at him. His eyes were sad.

“You’re not ‘doomed’ just because you were—you could work on this, you know.” I considered feeling hurt by his you, not we.

“Maybe I don’t want to. Maybe I just don’t like sex that much.” Tom sighed. I didn’t blame him.

“Sorry,” I said, bugging my eyes out while I looked away.

“Okay, okay.” His voice was gentler.

“Now do you want a Friday sandwich or not?” I didn’t wait for an answer, walking over to the fridge and taking out eggs, cheese, hot sauce.

I didn’t know why I never wanted to have sex. Or I did know, but what I knew was a lie, or maybe the Biggest Truth of All and I would rather die than admit it to myself. But all that seemed a tad melodramatic, and moreover, would I be able to calmly think about it if it were such an ego-shattering reality?

The eggs were making that slurping, sizzling sound in the oil. “I don’t know why,” I said to our eggs, suddenly finding the thought of eating food sad.

“I’m sorry,” Tom came up behind me, his hands around my waist. I relaxed into it. In his clutches, I thought, and laughed a little.

I’ve been wondering about koi. The wordplay strikes me, for one thing, although I suppose it’s just a homophone.

And anyway, are they? They flinch at sudden moments. Then they’re drawn to you at the edge of the pond, even if you have no food. And when they get up close, what looked like an elegantly beaky snout becomes this sucking, stretching hose, like large labia or maybe the tip of an uncircumcised penis.

I can’t un-see it. They all just look so pathetic, stretching forward, coming toward me again and again.

My job has not been holding my interest. Not because the work is boring, which it is, but because my coworkers are so fascinating.

For example: married women here tend to cover their hair. But some of the women just wear a baseball cap, or a headband, both of which cover some hair but not all of it. On the other side of things, some have wigs so convincing I barely can tell the difference. It reminds me of my eighth grade teacher getting a perm for the pouf of bangs that peeked out from her nun’s habit. Good for her, I thought, but I just didn’t get it.

Malky came over to my side of the office today. “Hey there!” she said. “How’re you doing?” with that sort of ts sound at the beginning of doing. It’s my favorite part of her accent.

“Oh, fine. you know. Learned how to do certified mail yesterday,” I smiled.

“Great!” she said, with a little ts again. I love her was the thought I had, but I couldn’t tell if it was the casual, “Look at that cute person I’ve made into a caricature, love her!” or the delusional, “Based on a tiny idiosyncrasy of this person I can imagine myself falling in love with them” sort of I love her.

“I feel like I never see you, you being all the way over here!”

“Ha, me too. Bummer!” I said.  Such conversational aplomb.

Malky hired me; she was very cute during the interview. If I had known how little she and I would actually be working together I might not have taken this job. She is also married. And now visibly pregnant. It is perhaps the most impractical crush.

“Well, see you later,” she smiled and walked away.

The only thing I don’t really like about the accent is the way a lot of people say “Huh?” when they didn’t hear you. It’s actually more of a hah sound. I know it’s not personal, but do I not even deserve a “What?"

I watched the koi after work again. They’re on my walk home. This time all I could think about was their eyes. Sitting cross-legged with my elbows on the ground and my chin atop fists, I bent as close as they’d let me. An old one, moving slowly, with algae growing on his back, had yellow eyes that were marbled over, even where the pupil should be. Worse than cataracts, it seemed. Mold?

Over time, I noticed that all the fish gliding past had the same issue. Marbled or clouded over, protruding and darting around on either side of their heads. Every single eye.

Tom and I met in the city for dinner and a movie tonight. By which I mean, a movie and popcorn we counted as dinner. We saw little point in seeing a movie in theaters without it.

“Wait, is that Jeremy Renner?” I asked, for the fourth or fifth time. His face just looked like a different person each time he came onscreen. I kept thinking how he looked the total opposite of the character he played in that alien movie that wasn’t Annihilation. Ascension, maybe? Appearance?

I asked one more time after that. It dimly occurred to me, in a way that felt drunken even though I was not, that without Tom I would never know what was going on in movies. Faces would swim before me, interchangeable, and I would be unable to remember the beginning of sentences by the time the actors reached the end. Or if it was subtitled, I’d only read the lines, and miss crucial facial expressions or other visual cues, the mise en scène wasted on me.

For the rest of the movie, I tried to make myself believe that this was a bad reason to stay with a person forever. But I could not find a way to do that.

The first time I visited the pond, a little girl was feeding the fish little rice crackers. She offered me some. I watched the koi allow her touch, sucking on her fingers. Because she had food? Because her fingers were smaller? When I cared for a friend’s kitten once, she liked to suckle at my forearm, the flesh near the crook of my elbow. I felt gross for liking it.

The koi make a suckling sound sometimes, and it always startles me. The sound is outside of the water. They’ll suck at the border between water and cement, at whatever is growing on the side of the pond. When that produces nothing, they’ll swim into the center of the pond and reach their mouths up out of the water where they think something is on the surface, swallowing a bubble of air and then barfing it up when it’s nothing.

What scares me is watching them trying to get at whatever vegetation is atop the little islands in the middle of the pond. Sometimes they’ll almost beach themselves. I hear them choking on air, swallowing suffocating amounts of it in hope of a little food. There never seems to be any.

Audrey Moyce has published a short story in The Coachella Review, theater reviews for Culturebot and Broadway World, and an essay on queerness in a Game of Thrones collection (Vying for the Iron Throne, McFarland Books).