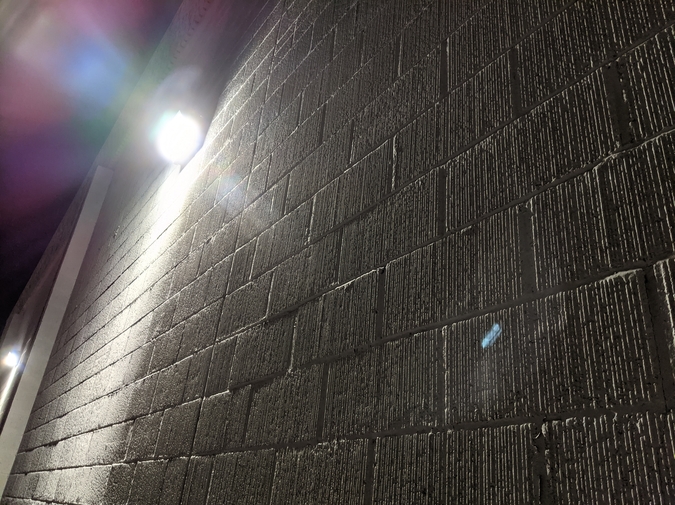 1. Our teacher sends us home with slips of paper reminding us that tomorrow is soft pretzel day, ten cents apiece. After the sale we converge on the folding tables in the school yard, pressing fingertips wet from our mouths into the tiny cubes of salt that litter the surface, licking them clean.

2. The news cycle must be slow because suddenly every station is airing a report on the questionable safety of peanuts, pretzels and other bar snacks. Up for debate: the alarming (or was it negligible?) amount of urine and E. coli detected from people not washing their hands before they dip into communal bowls. My schadenfreude is fueled by this possible vindication of my recent hypervigilance against germs.

My husband points out I’ve eaten from the bowl of free popcorn that came with our two-drink minimum back when we frequented comedy clubs in the late eighties. When I say I wasn’t sharing it with a roomful of strangers, I get the face that says, “Really? You sure about that?” I picture a server in a crowded club balancing trays of wet cocktail glasses and beer bottles through a maze of rickety tables, chairs repositioned in the aisles, and think, “Oh. Duh, they recycled the leftover popcorn.” It was always too salty, but we ate it anyway.

3. Years before we are married, I notice a fine edge of grit along my boyfriend’s hairline after he works out. “Salt,” he tells me and shrugs. We are both still unaware that each of us carries a genetic mutation that affects the transport of salt through cells.

4. The first test to rule out cystic fibrosis is a sweat test. I hold my toddler daughter on my lap and allow a technician to extend her forearm and rub a chemical onto it as she screams in protest. It doesn’t hurt, I’m told. Her arm is wrapped in something that stimulates production of sweat, which is collected and later analyzed for chloride levels. It’s one more in a spring and summer of tests and as we leave the hospital I think I am crossing something off my list. Ruling it out is tossed casually from my lips without traversing the threshold of my brain where fear crouches in wait.

5. When I am a little girl, on our playroom shelves between copies of Harry the Dirty Dog and Babar the Elephant are dark, European story books my art director father collects for their illustrations. Never mind that these are barely suitable for kids, hardcore as the original Grimm’s Fairy Tales. Pictures of axe-wielding witches and razor-toothed monsters terrify me when I dare to turn the pages.

I prefer stories that only pretend to be scary. In one favorite, Grover from Sesame Street begs me to please stop turning the page, bringing us closer to the monster at the end of the book. With each page he grows more desperate, tying the pages closed with rope, nailing the book shut with two-by-fours, building a wall of bricks. The monster on the last page is, of course, just lovable ole’ Grover. He sheepishly covers his face with one hand and confesses, “I am so embarrassed.”

6. An ancient warning, handed down as northern European folklore: “Woe to that child which when kissed on the forehead tastes salty. He is bewitched and soon must die.”

7. A social worker hands me a booklet. An art director now myself, I can immediately see it was created decades earlier and reproduced ad infinitum for each new generation of parents. This tells me no significant progress has been made since the seventies — when children with cystic fibrosis died in elementary school — and now, 1998. Days earlier we were told the median age of survival had reached 31. I don’t want to open this book. I know what waits at the end and not even a fortress of bricks can protect us.

8. A common cold can lead to a lung infection and hospitalization. We wash our hands as soon as we return home from anywhere. Another child with CF can pass bacteria through casual contact, which can also lead to a lung infection and hospitalization. Unless it’s Burkholderia cepacia, which is resistant to most antibiotics and, in some cases, fatal. Our daughter masks at appointments and stays at least six feet away from other kids with her disease. The only ones who actually understand what she lives with.

9. Humanity will be unpacking for years the ramifications of life in 2020 and 2021 and probably 2022. There is both togetherness in this collective experience and divisiveness. The ones who dip into the bowl of pretzels on the bar and the ones who avoid it like the plague, LOL.

In my family we eat only the packaged pretzels but no longer wipe down the cellophane with paper towels drenched in disinfectant. Just enough fear is the balance we’ve struck.

10. I’ve slowed down, an attempt to savor each day without racing to cross the next thing off my list. The monster on the last page of this story might be a razor-toothed demon or just a friendly blue Muppet with a honkable pink nose.

Abby Alten Schwartz is a Philadelphia-based writer whose work has appeared in The New York Times, The Washington Post, Brevity, The Manifest-Station and more. She moonlights as a healthcare copywriter, designer and marketing consultant and once had a column about hooping. The hula kind. Abby is currently writing a memoir about her journey from hypervigilance to trust. Find her on Twitter @abbys480 or visit abbyaltenschwartz.com.