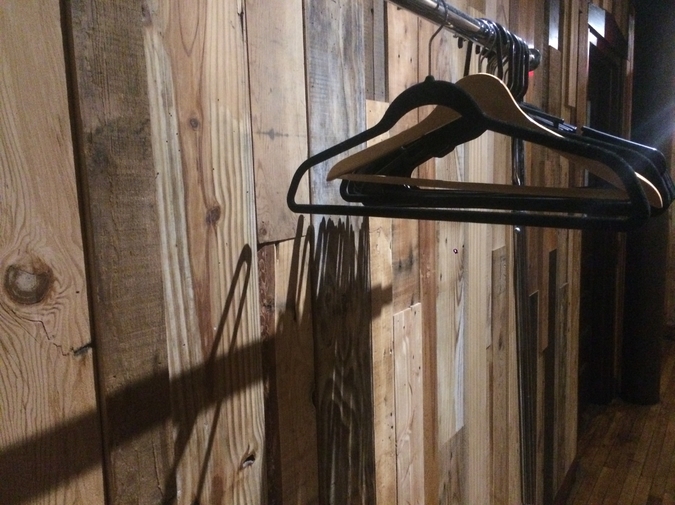 I know this girl, Peony. She has an ambitious streak that makes her do weird things and a bunch of fears that make no sense. Nothing big but if you count it up with the other small stuff you can see problems down the road. I told her what basically amounts to all that and we never spoke again.

It was five years easy of parties, dinners, and meet ups. No one noticed. Maybe even we didn’t notice. Yeah, we did.

Then came the weddings. We married each other—not me and Peony—all of us who hung around together. Man, there were weddings. We went to country clubs and barns and beaches. We went all over the place until there wasn’t anyone left to marry except Peony and me.

Have you ever fucked a flower? I recommend it just don’t try telling it what its problem is.

Before we stopped speaking, Peony stayed two weeks in the city with me. I’m on the 41st floor. It’s a nice place though at the time I didn’t have any furniture, just a bed. We ordered the world those couple of weeks starting with Chinese, ending with hot dogs from Gray’s Papaya.

The first night, Chinese night, was a Sunday. We’d woken up at my place to white clouds floating in a blue sky. I don’t have blinds but there’s no one else up that high to see in. She left late afternoon then came back with something to wear to work on Monday.

Every day at lunch she bought a new outfit for the next day. They were all similar. Tight black skirts on the long side with soft sweaters in pale shades. Maybe it was the same skirt, the sweaters were definitely different. I think it was the same shoes the whole time. I liked them, black heels, kinda strappy, but she didn’t teeter around the way some girls in high shoes do.

The only make up she wore was lipstick in colors similar to her sweaters. Maybe it was the same color and the sweaters made it look different. I don’t know. Her eyes were so blue they were their own make up, you could say.

She was bold buying those clothes, never worrying I might not want her to stay another night, but she was right, I always wanted her to stay.

We played chess. We played rounds and rounds of Truth or Dare. It’s a little girl’s slumber party game but our version was anything but. Something for the record books, if there were record books, which there aren’t.

Our friends called us separately—they didn’t know we were together—wondering why we weren’t hanging out after work but we wouldn’t say. We enjoyed that. It was a big group, the friends, college pals cross-pollinated with work and home friends. Peony was Jillian’s work friend. I was her roommate’s brother’s friend.

We drank all the alcohol I owned and then got more. We listened to every kind of music and acted like what the music was, eighties dancing to the Violent Femmes, cheek to cheek to Frank Sinatra, a wacked-out salsa dance to Latin Beat, everything. We put on the White Stripes as loud as it would go and ran around like over-ritalined 12-year olds. The walls in my building are thick. No one heard. I was glad about not having anyone knock on the door to complain. I didn’t know anyone on my floor. I still don’t.

We went to bed at ten like a married couple then stayed up all night like we’d just met in a club. We didn’t miss a minute of work but came straight home after to nap for a few hours before deciding which country to eat from.

We invented a game called File Cabinets, she did. You open a pretend file drawer and rummage through it. You pull out a file and say, Summer 2015 low light and the other person has to say a crappy thing that happened then. You could also say highlight or love interest or favorite day or anything. It was during this game that I told Peony I was glad my mom was in a coma when she died so her last thought wasn’t regret. Not regret for dying, that was her intention, but regret for the other stuff.

Peony had asked for a memory that made me happy and I said the Mom coma thing. She said she didn’t think that qualified so I told her how I burned down the tree fort in my back yard that next summer. I told her how it had been a controlled operation with my buddies on hand with hoses and buckets. You can wreck your own stuff if you want to. I believe.

She asked me to try again. I could see what she was getting at. I told her how I had made a shot at the buzzer in a high school game. It wasn’t an important game, but it was a great shot. My dad came up to me after and hugged me. He wasn’t thinking anything about my mom when he hugged me, I could tell. It was a one-time thing that time. No her no shadow of her.

When I told Peony about her weird ambitious streak and nonsensical fears that was the last day, the Gray’s Papaya day.

Everyone’s off doing their own things now. I think about Peony from time to time. I think about her soft sweaters and all the stuff that was in her file cabinet. I could tell you about that too but why bother.

Laura Scalzo is a graduate of Syracuse University. Her novel, THESE DAYS OF BRIGHTNESS, is currently on submission and she’s working on a second novel, LOOSESTRIFE. She lives in Washington, DC and you can find her on Twitter @Laura_Scalzo. “Peony” is her first published work of fiction.