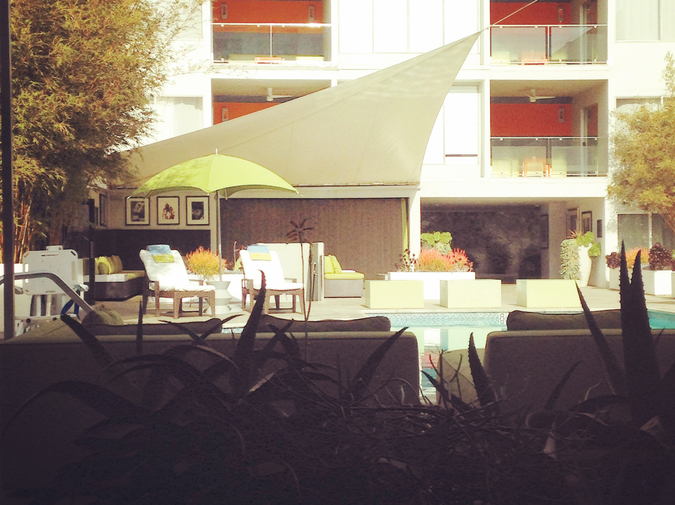 He will present it like an offering, like an opportunity, like the whole human history of men holding out shimmery circle-shaped objects as a shorthand for a promise. You, he tells her, can play the tambourine.

From the outside, it will look like a grand gesture. Wives stay at home, flying out with screaming babies for a few stops. Girlfriends watch from the wings. The tambourine says: be on stage. Be next to me. Your rhythm is my rhythm, your sound feeds mine.

The rest of the band: they will see it as a favor. If they are thinking about the talent in her wrists, it will have nothing to do with the instrument in her hand. He’s at it again, they’ll tell each other, if not with words, then with a look. The audience will eye the length of her legs, the wilds of her hair, will see her as something to look at, not listen to. Just another groupie, they will think, maybe even assuming that she will be someone else the next night, the next city.

Here is what it will mean when he hands her the tambourine: he is invested in their relationship enough that he doesn’t want her to sleep with anyone else, but he himself is not ready to commit to giving up other women. Girls. Women. He will let her into one part of his life to avoid questions about the other. And it will be true, once she is included on the tour bus and backstage life and has been given her own hotel room – for propriety – she will not feel like she can ask where he is, what he is doing, who was that.

At first, it will bother her. On those long nights when she is alone, she will make herself go down to the hotel bar and endure the begrudging and sticky shifting of her bandmates as she squeezes into their dark booth. But eventually, when she does not spend her nights with him, she will decide to spend them alone with her record player and her instrument, and she will crank up the music. She will add her tambourine to the hardest of rock songs. There will be nothing she cannot improve with her percussive jangle.

And then one afternoon at rehearsal, the rest of them will hear it. They will see her for her sound. They will think, oh, he knew what he was doing, and she will not look, not even at him. She will keep playing. She will not yet know that she is joining a lineage of women with golden voices and a way with words and a knack for rhythm, a feel for laying down a lick. All she will know is that he gave her a tambourine and she made a choice when she took it. He didn’t mean to give her magic, but she will make it anyway.

Amy Rossi lives in North Carolina, where she writes about the girls with the bands. Find out more at amyrossi.com.