My First Cassette Single: “Stay (I Missed You)” by Lisa Loeb 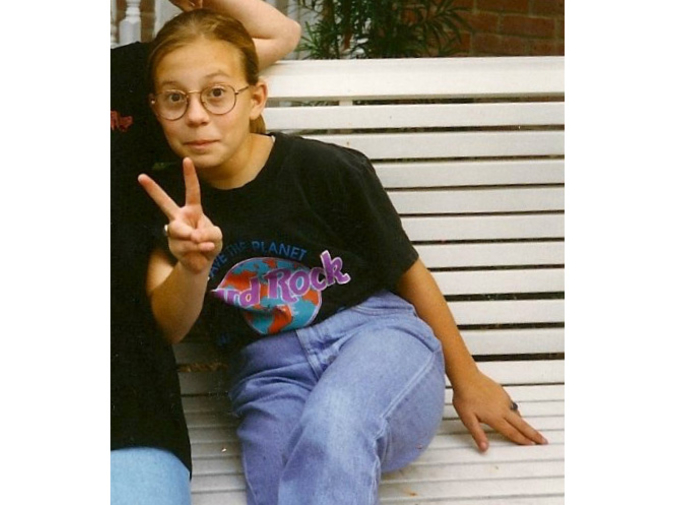 In 1994, music is something you own. I line up my cassette tapes in a Sanrio box.

In 1994, I’ve accumulated an array of albums, mostly my friends’ favorites: Mariah Carey, Ace of Base, Bryan Adams, Celine Dion, Disney soundtracks, Amy Grant. I listen only to the songs I like, over and over, though it’s hard to rewind and fast-forward to the right spots.

In 1994, I subscribe to a magazine for wholesome Christian tweens, recommended by the Amy Grant fan. My mom approves; unlike the ones I sneak into our grocery cart, its cover never hints at sex. Inside, it suggests bands that sing about Jesus.

In 1994, I ask to subscribe to Columbia House to get more tapes by mail—They’re free! It says right here!—but my dad claims it’s a scam.

In 1994, I’ve resorted to creating my own albums by taping songs from the radio, tuned to Top 40, New Orleans’ B97 FM. In the small bedroom I share with my younger sister, I hover near my Sony stereo, my finger warming Record in anticipation of something worth capturing. I wait for the ones that untangle the complex emotions I’m starting to feel: “Friday I’m In Love,” “Walking on Broken Glass,” “My Lovin’ (Never Gonna Get It),” “Hey Jealousy.”

In 1994, I’ve had one boyfriend, James, a fellow third-grader with whom I exchanged valentines before I changed schools and never saw him again.

In 1994, a classmate brings in a cassette for a project in Language Arts. It plays one song on each side. On A: “Kokomo.” The earworm sticks, and so does the novel concept that, when it ends, you can easily rewind to repeat the song.

In 1994, Reality Bites premieres in theatres, starring Winona Ryder, Ben Stiller, Janeane Garofalo, and Ethan Hawke. I’m not allowed to see it. The film is rated PG-13, and I am eleven. Their rule seems literal and arbitrary. My disappointment feels adult.

In 1994, there are no Gen Xers or Millennials. There are only people slightly older than me, thus vastly cooler. Ethan Hawke, age twenty-four, appears in some of the teen magazines I secretly read. His greasiness intrigues me, though later I’ll agree with Lindy West: “TAKE A SHOWER, MAN. YOU LOOK LIKE A BARBECUE MOP.”

In 1994, my heart belongs to bad-boy Christian Slater, another twentysomething teen-mag fixture. I won’t get to see Heathers for three years, when a friend pops it in her VCR at a sleepover while her parents who don’t care what she watches are outside getting hammered on wine coolers.

In 1994, I search for the Reality Bites soundtrack at Sam Goody. There’s no Parental Advisory sticker, but if I can’t see the film, I doubt I’ll get these songs past my parents. My dad will flip through liner notes, off and on, until I’m in junior high, when I buy OK Computer from CD Warehouse. He listens to music I consider weird: Frank Zappa, Grateful Dead, that Talking Heads album with the monkey on the cover. He lets me keep the Radiohead and never checks again.

In 1994, instead of the soundtrack, I buy my first cassette single—not “Cassingle,” trademarked to promote The Go-Go’s “Vacation,” though that’s the colloquial term. It’s the size of my other tapes, but in a paper sleeve rather than a plastic case. Lisa Loeb’s on the cover in tortoiseshell cat-eye glasses. She could be my cool older sister.

In 1994, I see Lisa strut around an empty apartment in the song’s music video. I want to own that black dress, to be like her when I’m older. Most likely, I catch the video on VH1 because I can’t watch MTV, though I occasionally flip over there when no one’s looking.

In 1994, fan clubs haven’t yet migrated online. The single’s sleeve invites me to learn more by sending a self-addressed stamped envelope to a New York P.O. Box. Be sure to include your name, address and phone number, age and Kitty Cat, it says. I still don’t know what that means, though Lisa Loeb’s Twitter bio says she loves cats. Maybe that explains the one in the video. I wonder who uses this P.O. Box now.

In 1994, I sometimes turn the tape over for the song’s “Living Room Mix.” It’s not quite what I first recorded from the radio, so I don’t listen to it much. Decades later, I find it on YouTube. It’s stripped down, raw, more emphasis on the vocals. I prefer this version over the ubiquitous single.

In 1994, for three weeks, “Stay (I Missed You)” is Number One, the last song played on “Casey’s Top 40.” Casey Kasem’s intros often provide enough notice that he’s about to play a certain song that I can record it in its entirety.

In 1994, I buy other singles, like “Wild Night” and “You Don’t Know How It Feels.” “Another Night” and “Waterfalls” follow. I owned more, but that’s all I’ve kept. Time has shredded the sleeves, but the tapes are playable—at least, I think they are. I don’t own a stereo anymore.

In 1994, sales of the cassette single peak, according to the Museum of Obsolete Media.

In 1994, I’m allowed to watch Reality Bites, finally, when my mom rents it for me from Blockbuster. She fast-forwards through the sex scenes. “Stay (I Missed You)” plays during the closing credits. I already know all the words.

Colleen Rothman's writing has appeared in The Atlantic, McSweeney’s Internet Tendency, Wigleaf, matchbook, and elsewhere. She lives in New Orleans, where she is working on a novel. Find her on Twitter @colleenrothman.