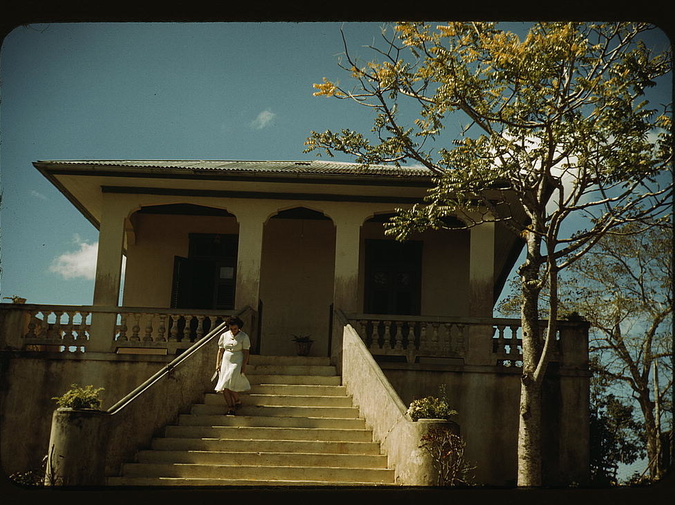 “You can’t marry Prince William, you know,” Jennifer told me while we passed around a teen magazine spread on the future king. “He’s not allowed to marry Catholics.” She smiled like a cat as she said it.

“Uh, yeah, like you’re going to marry him,” I mumbled back. As if British royalty were going to beam down into this old coal patch town and whisk one of us out of here, back across the ocean to live happily ever after as American princesses.

“Yeah, but I could,” she said, still smug. “He’s allowed to marry Protestants. He would have to give up the crown to marry a Catholic and then he couldn’t be a prince anymore.”

Jessica never said anything when I came to meetings in my blue plaid school skirt. Our moms took turns carpooling us back and forth. They chatted in the front, we chatted in the back. It’s how I learned the word “evicted” because it happened to Jessica and her family.

I asked my mom once why Jessica didn’t have a dad and Mom said some kids don’t have dads and not to say anything about it. Holly lived with her grandmother, after all. Jennifer’s dad got a subscription to Playboy. Samantha didn’t know how to set a table. My dad worked away on ships for six months out of the year. We all had our things.

How to make a mountain pie: Take two slices of Wonder Bread, a couple spoonfuls of pizza sauce, handfuls of shredded cheese, a few ruby red pepperoni, if you want. Don’t forget to spray Pam on the sides of the cast iron pie maker or the whole thing will stick. Close the jaws and stick it in with the burning wood.

Usually, Jessica toasted my marshmallows for me. I was afraid of fire after the next door neighbor’s house burned down, but mountain pies aren’t cooked over flames. I braved the heat and nestled the mountain pie into the hot wooden remains. After a couple minutes, I held my breath and flipped the pie maker by the wooden handles. When I emptied the mountain pie on a paper plate, I felt more pride at my culinary creation than the Outdoor Cooking patch I earned for making it.

The troop leader made me wait for it to cool before taking a bite. The cheese oozed out of the crusts, stringing from my mouth like a violin. The cicadas hummed in the background as fireflies flashed around us. We played tag until it got too dark to see, well past our school year bedtimes.

It was spring when my mom asked me to sit out on the porch for a minute. She took a deep breath and said that Jessica’s older sister Amber had a baby.

Amber? Amber was a kid. Amber was the funniest person in our Girl Scout Troop. How could Amber be a mom? Sure, she had missed a few meetings, but I figured she was busy with the swim team. Amber had a baby? I was 11 and she was 15. The concept of her motherhood melted my mind.

The only time I saw the baby, it had Amber’s red fuzzy hair. I hope the baby got her sense of humor too.

The last time I saw Jennifer, she was walking through the halls of the public high while I waited for a bus to take me up the hill to the parochial school. She was wearing a cape and that same smug look on her face.

The last time I saw Samantha, she was in the Wal-Mart check-out  line and I worried that my hips would get as wide as hers.

I don’t remember the last time I saw Holly.

The last time I saw Jessica, she was reading the menu board at the local McDonalds while I watched her from behind the counter. She leaned into the goateed guy standing next to her, a baby stroller forming a bridge between them. She got into another line, we never spoke. At the time, I thought it was nice she was taking care of Amber’s baby. It wasn’t until much, much later that my naivety realized Jessica wasn’t babysitting. Six months later, I would be downing shots in my college dorm room; six months later, that baby would be walking.

None of us married princes, but at least some American girl did.

Andrea Laurion is a writer and performer from Pittsburgh. Her work has been published in Slate, The Washington Post, Shondaland, and The Rumpus, among others. She likes libraries, karaoke, gin & tonics, drinking coffee on her porch, and seeing where the night takes her. She sends out a fun free newsletter and she's on Twitter, like everyone else: @andrealaurion.