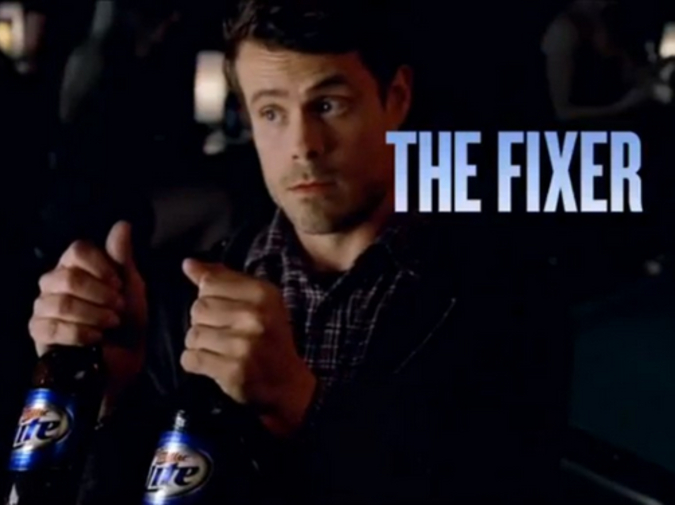 I never should have said anything. What happened the night before…it wasn’t the first time. It was the first time sober. For him. For me, well, I’ve known who I am for a long time.

We were taking shots at the bar before the bar, pre-gaming, game-facing. We did a round of jaeger bombs and Fixer knocked some dap and went outside for a smoke. Only when he’s drinking, like that makes a difference. I turned to Easy and tried to be cool about it, like, “you know what you’re doing later?” Like, “if you wanna come by and play some Call of Duty, that would be cool.”

He was tweeting something about the Jets game and he paused, just for a second. Then he finished the tweet and hit send. He turned to the bar and waved for another round.

Fixer came back in, holding his cell and smelling like Parliament Lights.  “‘Sup?” He said. He gave me that look like he was disappointed.  He checked Easy. He knew what was going on.

“Let’s take shots,” Easy said. “Let’s get fucked up and meet some ladies.” He looked at me when he said ladies, drew it out, something in his face like a door closing.

I took all three jaegers and did each of them, one by one.

“Let’s get fucked up, bros,” I said. I took out my credit card and put it on the bar, nodded at the tender. “Meet some laaaaadies.” I looked right at Easy.

Right then this guy comes in – big, good looking. Not the kind of guy I usually go for, but you know, the kind of guy who takes up some space, the kind people notice. He’s got this girl with him – skanky, Italian, kind of looks like Sammi from Jersey Shore. The guy goes off to the bathroom and right away Easy grabs two Lites off the bar and I know what he’s going to do and, worst of all, I know why.

You know the minute you see him with those puppy dog eyes that you’re going to have to do something about it. Something that tells him the score, once and for all. You might fool around a little bit with whoever, and last night was…interesting. And Hound is a good looking dude and fun to hang out with. But god, if only he didn’t take it all so seriously. Why does every kiss, every blow job, have to fucking mean something? Have to mean everything? You’re twenty five and making money and living in the greatest city in the world and it is definitely not going to last forever. Why can’t you just have a little fucking fun?

You’re twenty five but you have plans and those plans don’t include somebody like Hound. Those plans have been laid out since you were a teenager. Easy men are Harvard men. They work on Wall Street. They marry women, drive Mercedes, go to church twice a week, and live in Manhattan until they marry, when they move to Greenwich. They have beach houses in Nantucket. Not Fire Island.

What did they say on that old show? Not that there’s anything wrong with that. Nothing wrong with that for the Hound, and no reason you can’t hang out. Shit, it even helps with the ladies to have a gay guy around. Shows how sensitive you are. How progressive. More than once, you’ve hooked up with a girl who started out talking to Hound.

But Hound needs to know: no matter what happened last night, you’re straight. There is a plan, and Hound is not in it.

Hound starts taking shots, like getting shitfaced is the answer, and before he can get any more wrong ideas, you see your opening: big guy heading to the bathroom, hot girl on her own. You grab some Lites and you head on over. Even if it means getting your ass kicked again, it’s worth it. This is a message that has to be sent.

Fixer knew this was going to happen. Hound, always leading with his heart. Easy, set on his path the minute he was born. The two of them are like romantic foils in a made for TV Shakespeare adaptation for tweens.  Of course this is where it was all going to end up, this little soap opera the two of them have been running for the past few months: all three of them getting their asses kicked in some shithole Brooklyn bar.

He watches them now. Hound making his sad eyes and Easy overcompensating with some Jersey girl at the bar. Trying to make a point. Making it in the dumbest, most obvious possible way, and with Fixer’s own beer, no less. Can’t he just choose a sexuality and stick with it? And if he’s going to experiment, why do that with Hound, of all people? At the very least, they could play more sophisticated games with each other, make this a little more Dangerous Liaisons and less Two and a Half Men. He realizes that if this is Two and a Half Men, that makes him the kid. He will take it.

And right on cue, here comes the boyfriend. Of course, Easy couldn’t just hit on anybody. He had to hit on the one girl who came here with a guy. A big guy. The guy goes to the bathroom – the bathroom? -- and Easy is there with a beer, hoping to get his ass kicked so Hound can stop feeling sorry for himself and start feeling sorry for Easy. Fixer watches it all go down and shakes his head. Maybe he should move back to Philly, he thinks. But no, everybody there is married already, working on children, talking about 401Ks and fucking yardwork. These two are idiots, but at least they are his idiots. He signals the bartender: five Miller Lites.