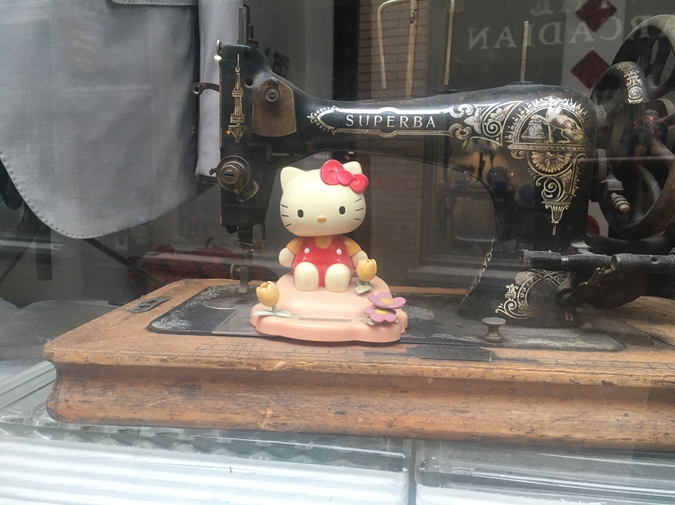 All my friends refer to my housemates as “the LCs,” short for the Lapsed Christians, because Bridget and Jeff met in Minnesota at some evangelist college where they started fucking and eventually got expelled. My friends find them fascinating. They always want stories about them. No one questions why I live with the LCs. San Francisco is so damn expensive, you can’t move out simply because your roommates are wacko. My friend Emily lives with this vegan dude who makes big pots of pinto beans and leaves them in the fridge, just entirely forgets about them. Emily has vomited in the past, throwing out his disgusting old beans.

But the truth is I don’t want to move. I wouldn’t miss Jeff a bit, but Bridget is another story. Her irises are hazel, and if you look closely, you see dark spokes; they’re like bicycle wheels. I met Jeff first. I wasn’t planning on taking the room, I was filling out the form just to be polite. Then Bridget walked into the kitchen, and I thought, Look at you.

Bridget has been taking the whole lapsed Christian thing much harder than Jeff. When I got home from my Starbucks shift last night, she was sitting on the floor, crying. “Angie! My mother hung up on me again,” she said. I poured her a beer and sat on the floor because Bridget was too ragdoll-depressed to stand up. Finally I dug out my one-hitter. I have a rule about never getting high with housemates, but desperate times. When Jeff came home we were buzzed and stoned.

The thing about being stoned is I stop discriminating. I’ll eat a whole bag of terrible Popchips. So Jeff and I kept proposing different things to cheer Bridget up, because poor thing, she took her mother refusing to talk to her that hard. We made one suggestion after another—Sleepless in Seattle, I said, but Jeff shot that down. Then I said I’d teach her how to make baba ganoush and we had eggplant and garlic but were out of olive oil. At some point, Jeff said, “How about a threesome?” Finally, Bridget perked up. As I said, when I’m stoned the rational part of my brain goes mute, and though it’s been four years since I even touched a guy, and Jeff is the epitome of a bag of Popchips, I said, “Sure, okay.”

My friends would freak if they knew the LCs had a strap-on dick—a weird pointy one, it looked like a fat earthworm, or a pink horn. When Bridget put it on I felt like I was in Star Wars: that bar scene full of creatures with bizarre, wrinkly appendages.

Afterwards Jeff put on his clothes and went to the corner store to get a six-pack. Bridget and I leaned against their headboard, stretching our legs. Whoa, I kept thinking. This was not the night I envisioned when I slumped off to Starbucks nine hours ago.

On the one hand, men were just as all-thumbs as I remembered. On the other hand, my crush on Bridget had power-boosted to something resembling true love.

But Bridget looked stressed, and I worried about this whole situation blowing up in my face in a city where single rooms are going for $1500 a month. I said, “Hey, it wasn’t my intention—”

So apparently, at this Christian college Bridget and Jeff went to, you could get in trouble for merely intending to commit sin. What got Bridget expelled was not simply having sex with Jeff—some Christian narc had walked in on them—but a condom being found in her purse, which proved her “intention” to fornicate. (“Fornicate” is the verb she used, like we were living in Jamestown wearing lacy hats and buckle shoes). Apparently at this college you needed two offenses to get expelled. This was Jeff’s second offense—he was already on probation for blasphemy—but Bridget had never been caught, even though she and Jeff had been screwing surreptitiously for half a semester by then. “I was sly,” she said, and did a little shimmy, like that’s what sneaky girls did, they shimmied. But after this narc reported them, there was her one offense. Then the disciplinary committee searched her purse and found the condom.

“So essentially, they counted the same offense twice to expel me,” she said, and though a minute before she was doing her goofy, cute shimmy, she looked woebegone. “Angie, do you think that’s fair?”

I put my arm around her—she’d put her granny underwear back on, but otherwise she was naked. Her shoulder felt warm and meaty. I kept patting her shoulder, pat pat pat, and wishing Jeff would get hit by a one of those Recology trucks that pick up everyone’s compost.

Kim Magowan lives in San Francisco and teaches in the Department of Literatures and Languages at Mills College. Her short story collection Undoing (2018) won the 2017 Moon City Press Fiction Award. Her novel The Light Source (2019) was published by 7.13 Books. Her fiction has been published in Atticus Review, Cleaver, The Gettysburg Review, Hobart, Smokelong Quarterly, Wigleaf, and many other journals. Her story "Madlib" was selected for Best Small Fictions 2019 (Sonder Press). Her story "Surfaces" was selected for Wigleaf's Top 50 2019. She is the Fiction Editor of Pithead Chapel. www.kimmagowan.com