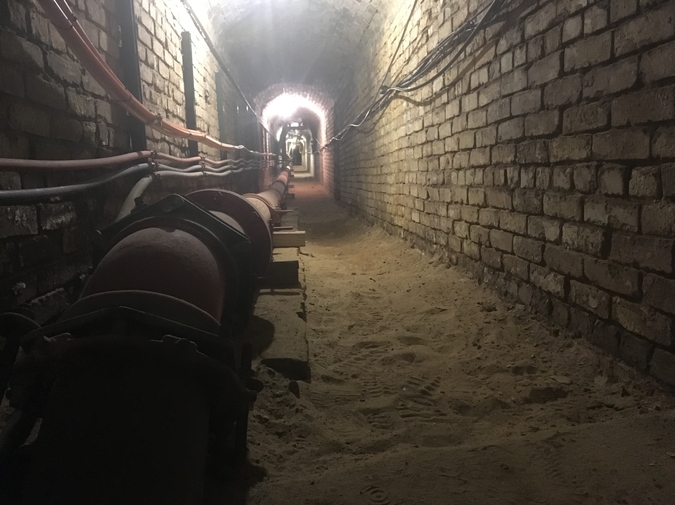 Then I got on the subway and a man solicited me for sex, and followed me part of the way home.

Doris had cataracts, is why she’d asked for my help. She told me this multiple times, among other things she told me multiple times. I was experimenting with recording at the time and her voice isn’t clear, exactly, but it’s there. She said she slept in Kyle’s room, where his parents had kept all his things, his clothes in the drawers and his pictures. She said she had felt his presence and thought of him constantly.

I was going from Port Jefferson to Atlantic Terminal, visiting for the day to get my eyes checked with the doctor my mother has been going to for years. At Huntington the train was delayed because freezing rain had broken a switch. We, all of us on the platform, could see our train sitting there uselessly. A little girl broke her mother’s nose while we waited. She’d been jumping up and down to kiss her mother’s face and had rammed her head into the bridge of her mother’s nose. The little girl kept trying to hand her mother ice from the station platform sign but her mother was bent over away from her and didn’t see the little girl’s hand raised.

Doris told me Kennedy was a Gemini too. Geminis are smart, she said. She’d only met nice people today, would I believe that? I’d be surprised. Some people are not so nice.

The man on the subway asked if I would come to his office with him and if I was looking for work, in that order. He called me Miss.

The woman across the aisle’s cousin’s son didn’t want to go to war, so he stole his roommate’s—his roommate was a pharmacist—stole his roommate’s phenobarbital patches and put two of them on his arm and went to sleep. His fiancée, now remarried, still eats dinner with his parents, her cousin, on Sundays. Would probably be there later today.

When Doris asked my name she gasped and told me about Kyle her murdered great-nephew. Kyle also grew up in Port Jefferson. He died when he was twenty-one, how old I am now. He died two years ago. His siblings, a brother and a sister, miss him terribly. I also have a brother and sister.

The conductor from the other platform at Huntington waved us up and over for the track change fifteen minutes after we were meant to have left. I saw Doris before I knew her name was Doris in the back of the car I got onto. I wondered how she had made it up and down the stairs.

The man on the subway waited until I was off the subway car to get up from his seat and follow me onto the platform.

The woman across the aisle tried to explain how some people now fell in love with—but Doris interrupted him to ask if his fiancée left him before he died.

Doris had originally asked someone else for help to the bus, the person next to me on the platform at Jamaica. She asked if he would help her off the train at Atlantic because she had cataracts and couldn’t see. The man said, Oh no, and said she had to get those looked at.

A woman farther down the car on the train from Port Jefferson to Huntingon told her husband that she was scared, that whatever it was she was talking about terrified her, that she was so, so scared. I could only hear her voice because it was a higher note than her husband’s, who I saw later asleep on the train to Jamaica, and his wife looking out the window with her hand to her mouth.

While crossing Atlantic Avenue to get to the B63, Doris said that she had only met nice people today. She used the word Boy, as in, Boy was she glad to have met me, Kyle.

I didn’t feel as bad about recording the conversation the woman across the aisle was having with Doris because I didn’t like her much as she tried again to say how the twin sister of her cousin’s dead son’s fiancée had left her own fiancé who was the dead son’s best friend, had left this best friend of the dead son for another woman, which, she said again, was popular these days.

I looked at the ground the entire way home because it was easier to look at something close to me. The optometrist told me my eyes showed signs of distance correction, which was why I was getting more headaches lately, and things were blurrier. I would have to come back out to Long Island in two weeks to get the glasses, but I didn’t have them now, so I looked at the ground because he had dilated my eyes and it caused me pain to try to see too far ahead.

The woman across the aisle said she’d thought it was strange that her cousin’s dead son’s fiancée still kept in such close contact with her cousin, but that it was working out, over a decade later. Doris said that Kyle had died two years ago now and the woman said that wasn’t a very long time.

Kyle, Doris told the woman across the aisle, had been murdered with five other boys because someone had put drugs into the punch bowl at a party. He wasn’t on drugs, she made sure I knew, but he was killed by drugs. His parents will never get over it. You never get over it. She wasn’t over it, and didn’t think she ever would be.

The woman across the aisle backpedaled, saying there was nothing wrong with that, with falling in love. Freddy Mercury was gay and he was great. Which is when the man sitting next to her spoke to say that he loved Freddy Mercury.

Doris asked me repeatedly at Jamaica if I was going to Atlantic terminal and I said that I would help her to her bus. The man she had asked before me pretended not to have heard her. Then she asked me my name.

Before she began speaking to woman across the aisle, seeing the book in my hand, Doris asked me what I was studying, what I wanted to be. I said I was studying literature and she smiled and asked, Electricity?

The man on the subway had a satchel on his lap he kept patting. I got onto a bus I only needed to ride two stops and he didn’t but he watched it go.

Doris said she had never heard of Freddy Mercury and the man sitting next to the woman across the aisle said she had probably heard him and just not known.

Doris said her name was Doris after talking about my name and asking me what sign of the Zodiac I was, because I asked her for it. She said Doris and then she said she missed Kyle terribly, all the time.

Oh, the woman across the aisle said, he was great, wasn’t he? Freddy Mercury.

Kyle Francis Williams is a writer living in Brooklyn, originally from Long Island. He is a 2019 A Public Space Fellow. He tweets hilariously @kylecangogh.