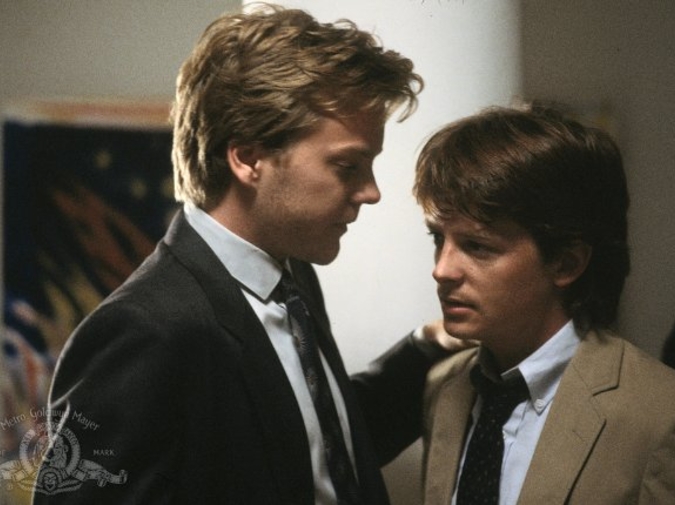 You are not the kind of guy who would be at a place like this at this time in the evening. But here you are, and you cannot say the terrain is entirely unfamiliar. You are at a party, talking to a girl. A pretty girl with sleepy eyes and messy hair and jeans that you suspect came from WalMart. She is wearing Uggs. You are drinking a Natural Light and becoming increasingly self-conscious about your Western shirt and clean shave and the baggie of Bolivian Marching Powder that sits in your front pocket like a detonator.

How did you get here? It was your new friend, Ted Reichenbach, who powered you in here, and he has disappeared. You started the evening with margaritas at Chili’s and then moved on to shots and beer at Applebee’s before a round of Ultimate Long Island Iced Teas at TGI Fridays.  Ted prefers the constant motion of bar tours, the familiar safety of national chain restaurants. Ted says things like “pre-game” and “get our drink on.” Ted calls you “bro.”

You met Ted in the mailroom of your new condo. He was friendly and you were tired of watching Netflix by yourself. The few times you had gone out alone were a disaster -- nights spent hitting refresh on Twitter while your DC friends posted updates from clubs you had never heard of, bars that had sprouted up since your departure.

Now Ted is gone, having followed a girl in a hippie dress through the patio doors and out toward the cornfield that adjoins the back yard of this one-story ranch house.  You are not used to these kinds of parties – in somebody’s house, classic rock blaring from the kitchen, people watching television or playing quarters. Not anymore. Not for, how long has it been since high school? Six, seven years.

The girl in the Uggs is talking about Penn State football in the earnest tones that your DC friends reserved for punk pioneers, writers, or certain politicians. Her eyes are bright blue, with halos of brown around the edges. She says something about a linebacker and you nod and sneak a peek down her shirt.

You look around. The house is run-down, with orange shag carpeting and thrift shop  landscapes on the walls. A bucket of Kentucky Fried Chicken sits on a table next to a jar of supermarket salsa.  In the living room, a group of guys are watching Super Troopers, drinking purposefully from green bottles.

You wonder about the Bolivian Marching Powder. Would the girl be cool with it? It’s hard to tell with people around here. It’s been three months since you were transferred and you still can’t exactly peg them. You finish your beer and grab another. You have no idea what this girl is talking about, and everything is starting to feel fuzzy and quick.

The girl excuses herself, touches your chest and says she really wants to hang out but right now she has to go tell Renee that she’s an asshole and a slut.  You nod, look to see if she is joking, but she makes no indication either way.

You check your phone. It is ten o’ clock. If you were still in DC, you’d be taking shots at West’s apartment on Fourteenth Street, texting and tweeting about where you might start out, where you might end up, what might happen in between. You’d be laying out lines of Bolivian Marching Powder.

You finish your beer and look for the girl in the Uggs. She is in the living room, hugging another girl – pudgy, wearing a flannel shirt and the same knockoff jeans. Somebody has changed the music, and an old Eminem song blares through the house. The Super Trooper guys stand in a loose circle, making a shambles of the lyrics, their fingers twisted into mock gang signs.  They have moved the Kentucky Fried Chicken into the living room and you wonder if this is some kind of racist joke, but then you notice that two of them are waving drumsticks around like microphones, and write it off to the munchies.

Which brings you back to the Bolivian Marching Powder. You slip into the bathroom, cut a few lines. The rush hits you immediately. Your first thought: this is the last of it. After tonight, you’ll have to go back to DC for more. Your second thought: this is the worst party you’ve been to in your entire life. You check your nose in the mirror, pop the baggie in your pocket, and walk out the door.

You look for the girl in the Uggs but she has vanished.

You wind through cornfields and along country roads. Ted sings along with an old Rush song on the radio. It is all classic rock here. You have heard more Billy Squier in the past three months than the entire 26 years prior. Ted lights a cigarette and rolls his window down.  He pulls onto a main thoroughfare and you recognize where you are for the first time. The mall rolls by on the right. You pass a row of car dealerships, a factory, a Best Buy. “There we go,” Ted says.

He pulls into Kentucky Fried Chicken and hops out of the car. You follow, still not sure if he’s making a joke or not. It is too bright in here, hot under the fluorescent lights. The kids behind the counter move like hostages, thunking chicken into buckets with a scarcely concealed disgust. Ted orders a bucket and you follow him to a booth.

“Here we go,” he says. “Party time.” He smiles and pushes the bucket in your direction.

You finger the baggie in your pocket. You check your phone. No messages.