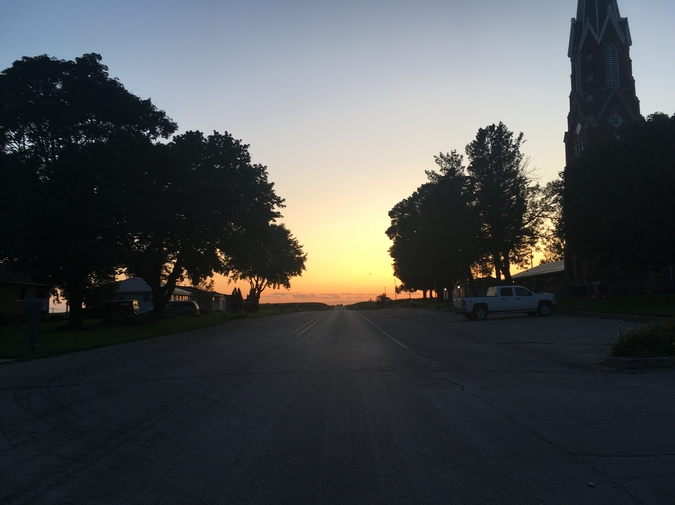 At sixteen, it is the boys from Jászárokszállás, Hungary; a place where they had never seen skin as dark as yours, or hair that spirals and springs like a Slinky.

The boys in Jászárokszállás want to take turns looking at your naked body. They sit on buckets, milking goats and fantasizing about the color of your nipples. They yell, "Hey, baby!" amid laughter. Two words they learned from rap songs.

In Lake Balaton, they stare at you while you mindlessly take in the sun. What would happen to your skin if you fell asleep on a cloudless day? They don't know how much light you can absorb, how each ray of sunlight deposits more color.

Then it is the boys at home, and they are curious too. They tell you they'd love to try someone like you. You hear the words "dick-sucking lips" and "fuck-me hair" for the first time.

A boy in Newark, NJ tells you he's Puerto Rican, but he's not. Eminem is his favorite rapper, and he knows how to cook tostones. Those are twice-fried plantains, he explains. In conversation, he drops the N-word, but before you panic he says it's okay. He's got a pass from his black friends. He just happens to be in a white body. If he had a black dick, he'd be a porn star. He admits he's actually Italian. And even though his skin is so white it is basically translucent, Italians are not white, he insists. And he's dated girls like you. He, in fact, only dates girls like you.

You turn twenty and meet a boy in New Paltz, New York. He writes you a letter in Spanish. He needs to practice the pluperfect tense; he also wants to kiss your full lips. He says opposites attract. You write back and wish him success.

In Providence, Rhode Island, a random white boy approaches you just to tell you he's blacker than you. He knows who Q-Tip is and you don't. He can name all the affiliates of the Wu-Tang Clan. He inserts his hand inside your shirt, unclasping your bra. "Have you ever been with a white guy?" You say, "A couple." You're drunk and curious, but you've come to expect this, so you walk away.

In Littleton, Colorado, there's the one who tells you he's always wanted a black girl. He says an ass your size has better suction. He can take you out to lunch and even a movie. You can hold hands and do this for a while, in his car, in your dorm, in an alleyway between two bars. This one you like, but you will never meet his mom.

You are twenty-six and in Boston when a white man with a septum piercing asks if he can sit next to you. He once dated a black girl and he didn't like it, but some things you have to try twice before you make up your mind. He has two children but would love one more. Biracial children are beautiful. Obama was a good president, he admits. He tells you he is a veteran and a Republican. And no, he didn't vote for Trump. He says this country is divided. "Not everything is about race." His white cum would look so lovely against your black skin. "Do you get easily offended?" and "Can I buy you a drink?" You finish your beer and ask for the check.

In Lafayette, Indiana, it happens again. "Do you know how pretty you are?" some white man asks. "I've never dated outside my race." You smile politely and sit somewhere else. The encounters grow, as does your apathy. The more places you go, the more things are the same.

Then there's an Uber driver in Austin, Texas, and a teacher at the airport in Houston, and a server in Philadelphia, and another in Chattanooga, and a man from Pittsburgh who washes and seasons his chicken, and you are twenty-seven, and twenty-eight, and twenty-nine. You didn't ask for it then. You're not asking for it now.

There is nothing you can do about it.

Annell López’s work has appeared in, or is forthcoming from, Cagibi, Crack The Spine, Abstract Magazine, Ponder Review, Bending Genres and elsewhere. Annell is working on a collection of short stories. In her free time, she tours independent bookstores across the United States. She documents her bookish adventures on Instagram. Follow her at @annellthebookbabe.